Have you ever seen a white monkey before? White monkeys are extremely rare and it is very difficult, if it is not impossible, to see a white monkey in the wild or even in captivity, so it will be impossible to say that you saw a white monkey before. Monkeys can be found in different colors such as black, grey and other colors that are usually seen in the wild or captivity, but what about the white color? There is just one albino monkey in the whole world and there are not other pure white monkeys that were seen before or have recently appeared in the wild. There are other monkeys that have the white color in their coat but they are not completely white as the white color is usually accompanied by another color such as the black color that appears most of the time on the whole body except for the head. What about our unique monkey that is completely white? Let’s discover more about our rare albino monkey. 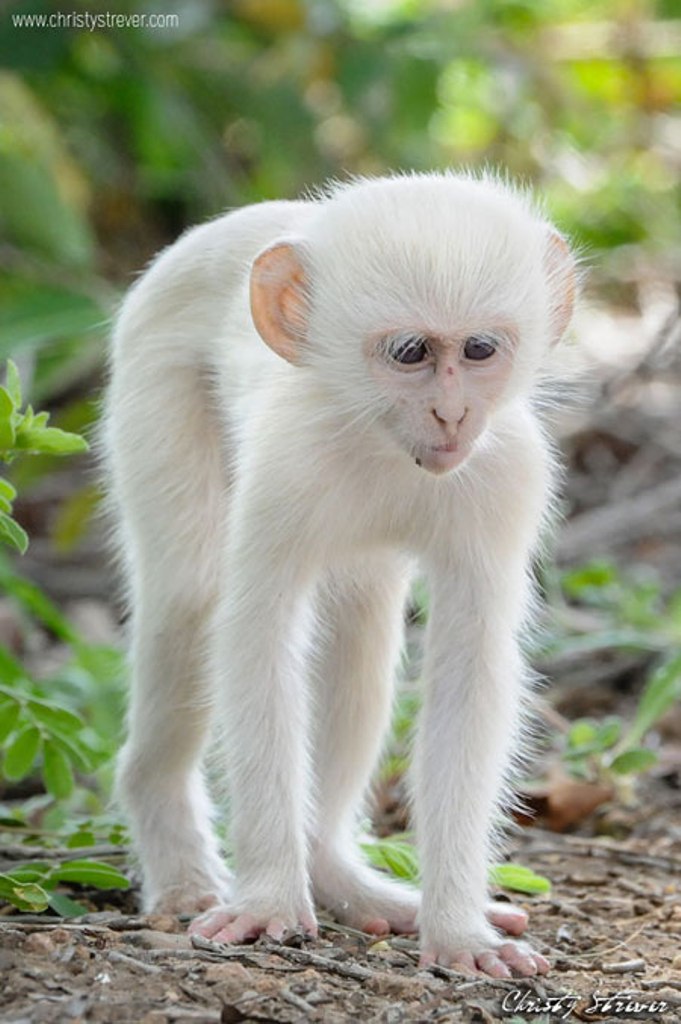 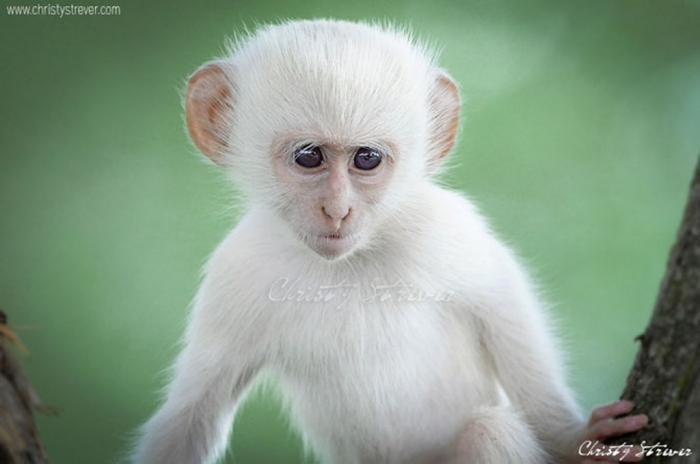 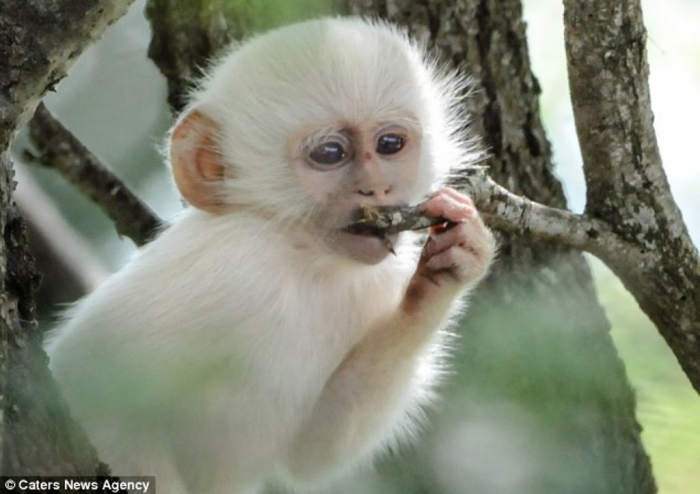 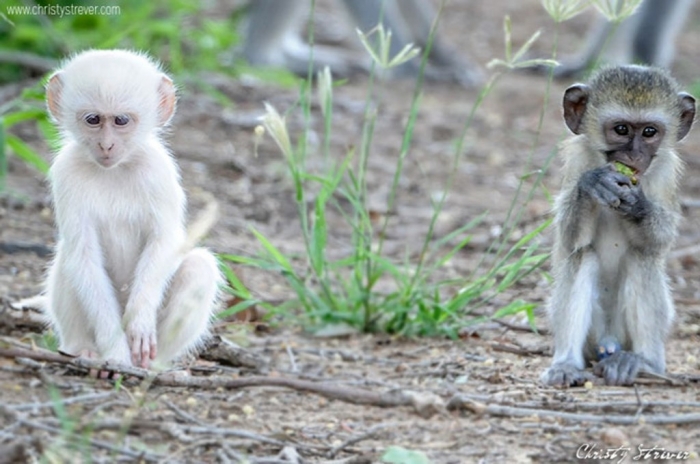 ♦ Where can we see this rare & fascinating monkey? 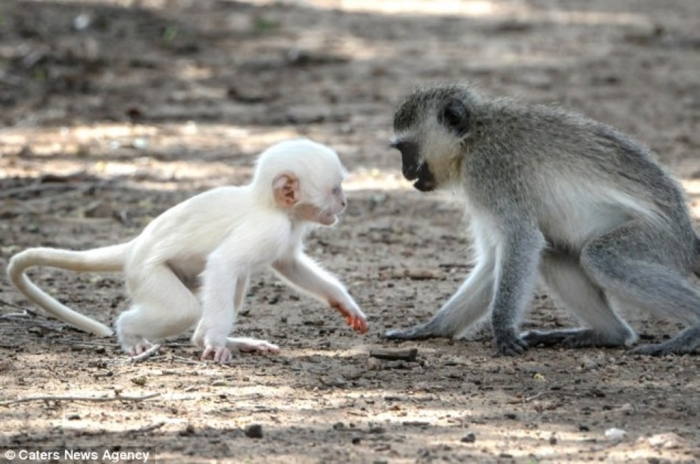 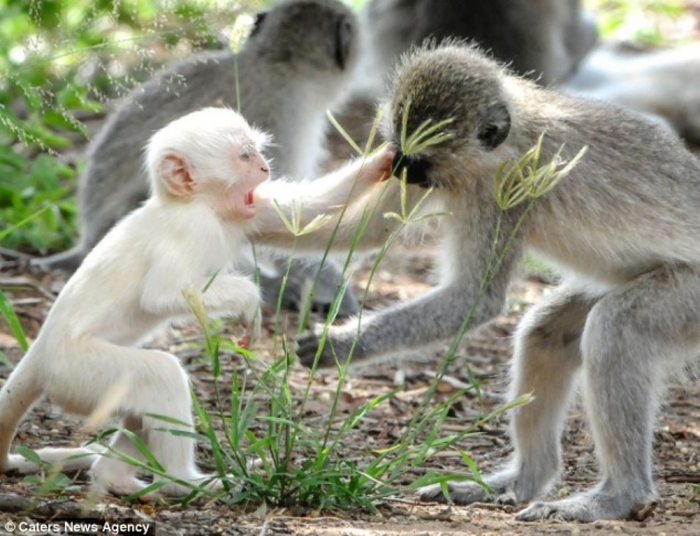 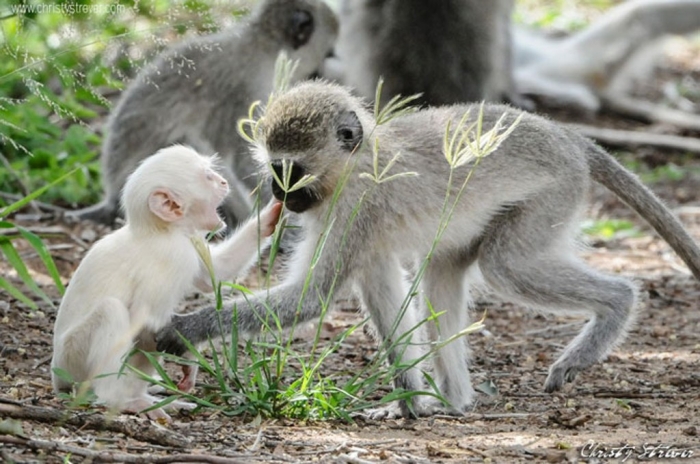 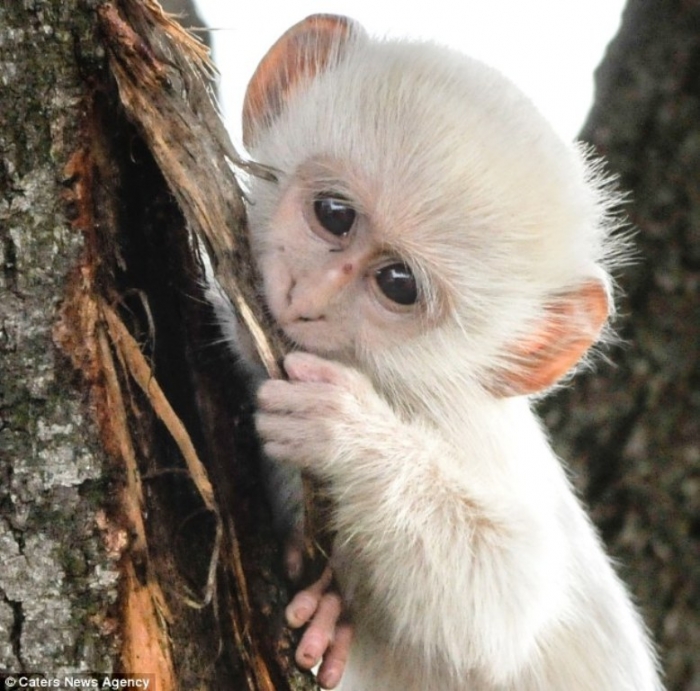 The albino monkey that is presented to you here is the only white monkey that you can find in the whole world. It was spotted while playing with his mates, a group of vervet monkeys, in the South African national park that is known as Kruger National Park. This albino monkey is small in its size if it is compared to other vervet monkeys surrounding it and it is also the only one to be white among others which makes us think that it will be isolated from others, but in fact this is not true. 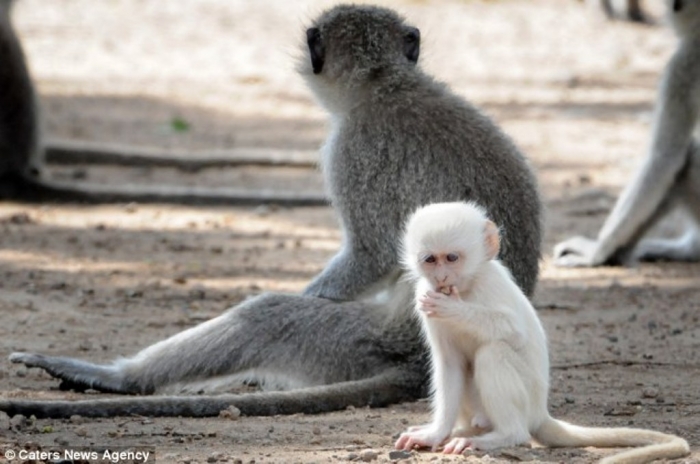 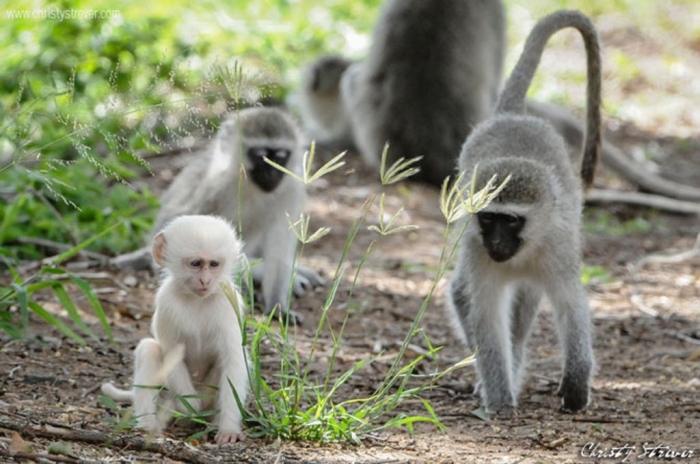 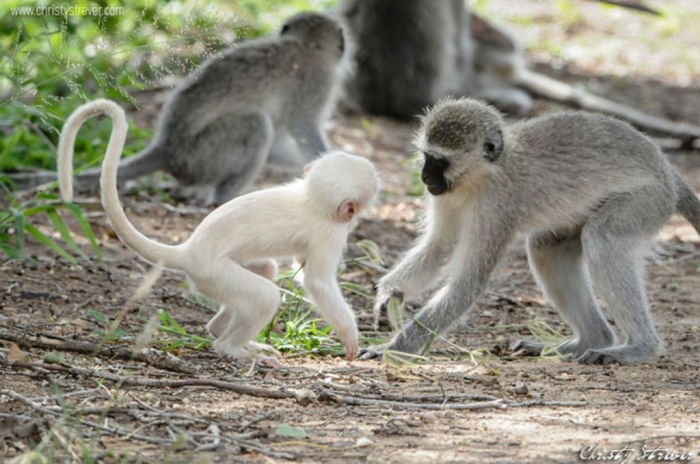 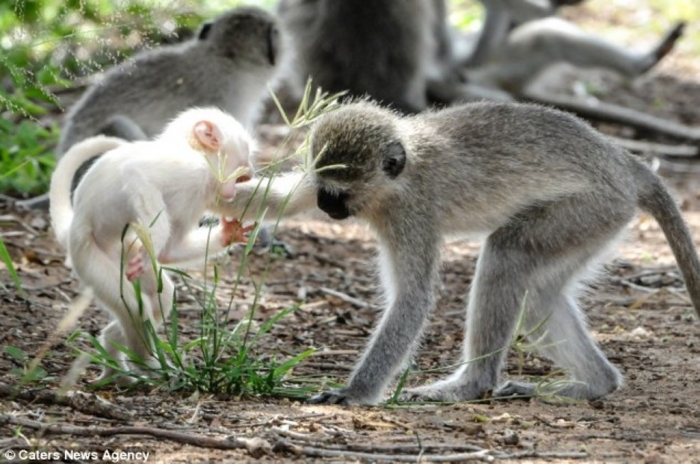 ♦ Where can we find vervet monkeys? 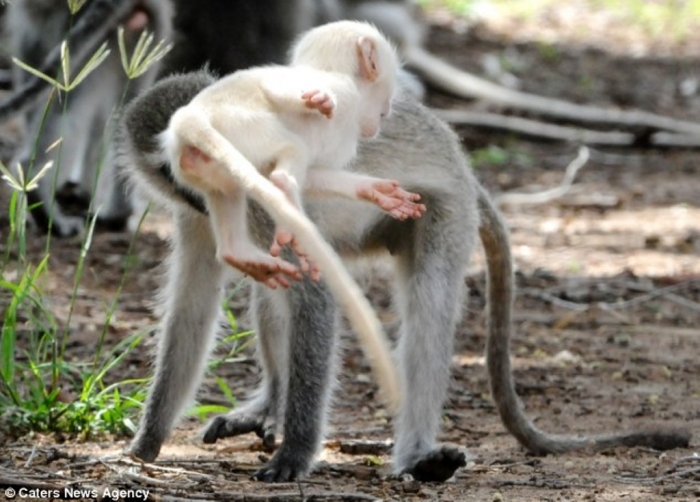 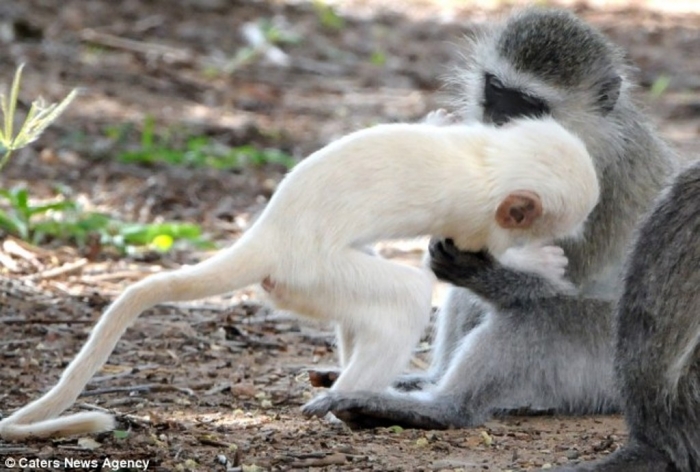 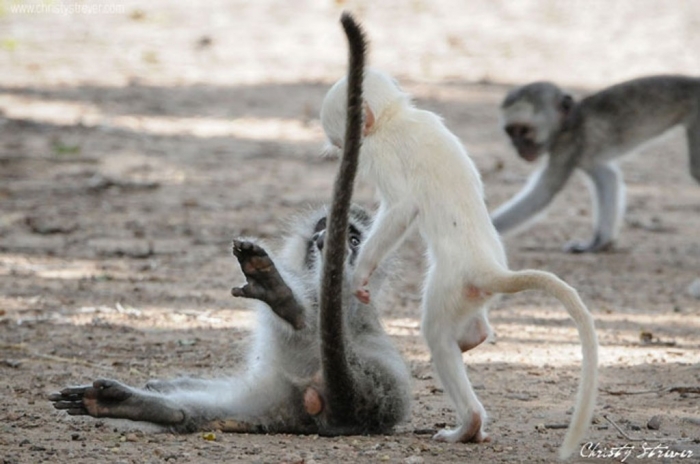 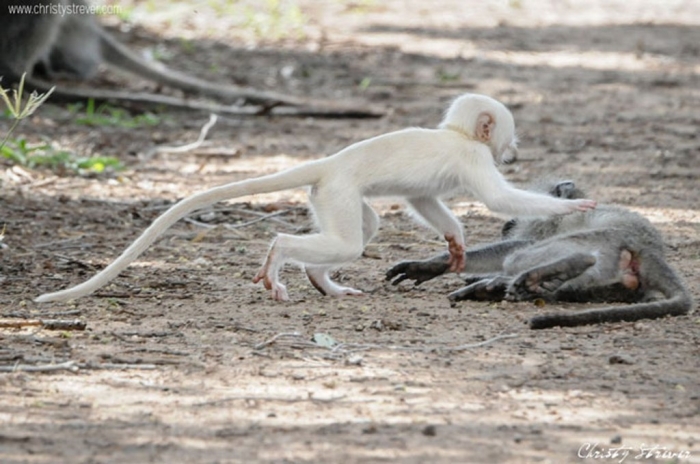 The existence of normal vervet monkeys is not limited to the Kruger National Park that is located in South Africa as there are other places in which you can enjoy seeing these monkeys such as East Africa, Somalia, Ethiopia, South Sudan, Cape Verde, Ascension Island, Bahamas, Bermuda, Cuba, Barbados, Dominican Republic, Jamaica, Saint Kitts and Nevis, Haiti, Texas and Florida. You might meet a white monkey there.