Deciding on which city to travel to first when going to Russia is no easy task. The country’s sheer size makes it challenging to pick your destination because of such a large variety of options to choose from. Today, we will help you make a decision and introduce you to the city of Saint Petersburg, which is an excellent place to start your Russian exploration and dive deeper into the fascinating history of Russian poets, artists, and composers!

Before we get into the more prominent landmarks and sightseeing locations of St. Petersburg, we would like to bring your attention to the fact that walking along the streets of St. Petersburg is a sightseeing experience on its own. The city was founded in 1703, and many of the buildings built back in the day have remained true to their original aesthetic and style, which is why architecturally, it ranks as one of the most sophisticated and congenial cities of Europe. Baroque-style buildings with a mix of Neoclassical structures and Style Moderne architecture give the city an aristocratic atmosphere that follows you anywhere you go. This choice of architecture style compliments the unofficial status of the city as Russia’s cultural capital and the artistic capital of Russia, which we will discuss further in a later entry.

Even if you are planning to limit your stay only to Moscow, devote at least a day to visit the Venice of the North. Although you may not get enough time to explore everything that the city has to offer, even spending a few hours exploring the picturesque streets and enjoying a boat cruise along its famous canals will enhance your Russian journey experience. Luckily, the famous Moscow to St. Petersburg train, high-speed Sapsan, can take you between the cities in a matter of 3.5 hours, so planning this daycation will not interfere with your travel route!

2 Admire the Majestic Palaces and Museums of St. Petersburg

Being a mecca of cultural, historical, and architectural landmarks of Russia, St. Petersburg boasts its 200 palaces and museums that are open to the public for anyone to step a bit closer to the understanding of the city’s artistic importance. Amongst many of the palaces, some of the most notable ones are the Yusupov Palace, where a murder of Rasputin took place. Perhaps the most famous one is the Winter Palace, which served as the official residence of the Russian Emperors from the mid-18th-century to the early 20th-century. Lastly, the Mikhaylovskiy Dvorets is a prime example of Neoclassical architecture featuring 18th and 19th century early Folk Art inside the palace.

As for the museums, everyone deserves your attention and time, as the art pieces housed in them are scarce. The State Hermitage Museum, located just a minute away from the Winter Palace, is the largest art museum globally and has a collection of over 3 million art pieces ranging from artworks and installations to statues of famous figures. For more sophisticated art lovers, there is a Fabergé Museum with a collection size of over 4’000 items. However, the museum’s highlight is the museum’s collection of nine Imperial Easter eggs created by Fabergé himself for the last two Russian Tsars.

3 Venice of the North

Just like Venice, St. Petersburg has a network of canals and bridges that further add to the central European aesthetic of the city. Also, just like in Venice, you can book a cruise around the city in one of the city’s main waterways, such as Moyka River, Zimnyaya Kanavka (The Winter Canal), or the Kryukov Canal. Out of the three most prominent waterways of St. Petersburg, The Winter Canal is considered the most romantic spot due to the breathtaking view that opens up where the Moyka and Neva rivers connect near the Winter Palace area. As for the other two, they serve as a great way to journey around the city and take a break from palace and park exploration.

4 Staying awake during the White Nights

A spectacular phenomenon that occurs in St. Petersburg is locally commonly known as “White Nights” and is only visible between early May and mid-July. It starts when the arctic sun stays out so late that it practically never sets, and the sunlight remains to light up the streets 24/7 for a month. The streets become alive during that time, and the Russian youth stay up celebrating their Summer break.

The entire city freezes in the uncanny time of day when it’s impossible to tell whether it is sunrise or sunset, which is a feeling unlike any other. Staying up during White Nights can be classified as a sightseeing activity along with an exploration of the 18th-century architecture of St. Petersburg. So combine the two and go out on a night adventure around the historical parts of the city and let your mind wander as the sun remains on the horizon.

5 Mouthwatering delicacies at every restaurant

To enjoy Russian cuisine, you don’t have to spend a check at a luxurious restaurant. The majority of the most excellent Russian dishes are offered at local and lesser-known restaurants and cafes. Famous Russian soups such as the borscht, solyanka, and okroshka can be found at almost every restaurant and are a must-try for any newcomer. Pelmeni, similar to dumplings, and blini, which are thinner versions of pancakes, are tremendous savory dishes that are iconic in Russian culture. Russian seafood is also full of variety, most notably at the Russkaya Rybalka restaurant that only prepares fish and various Russian dishes, some of which feature black caviar alongside red caviar. In case you start to crave the food you had back at home, numerous steakhouses in St. Petersburg offer imported meats from America, Argentina, and even Australia that are freshly prepared for you on the spot.

The five reasons you should visit St. Petersburg only scratches the surface of the number of activities you can partake in. Once there, you will want to see more and more places each day, including the lesser-known ones like libraries, gardens, and bazaars. The longer you stay at St. Petersburg, the more it opens up to you and continues to treat you to a warm Russian welcome like a mother treats her son.

Traveling to South Korea for The First Time 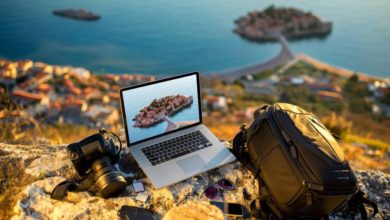 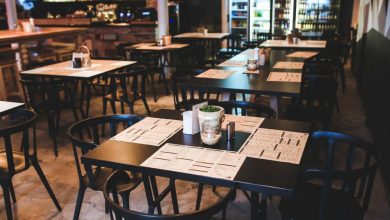 4 Tips for Finding a Good Restaurant While Traveling 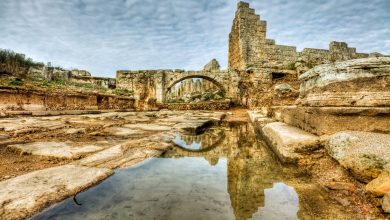 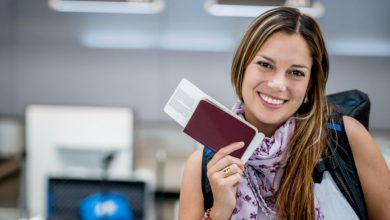 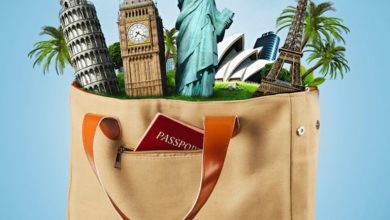 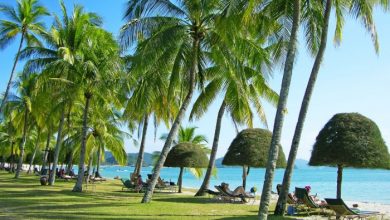