The world is facing a huge crisis and the lives of many have been at risk.  Many streets are mostly blood-stained in addition to the unfortunate fact that heaps of armed children and militia are on loose, strutting around in the streets, priding themselves on shooting thousands of innocent souls. That’s one of the reasons behind hoards of displaced people who are in a dire need to flock to a safe sanctuary where they can enjoy their rights as human beings, including safe environments, clean water, proper education, and nutrition. That’s why many countries have had their gates wide open to millions of refugees out there.

Here are 15 countries who have shown responsibility to accept and host refugees on their soil.

15 China China is considered the most populous country in the world, with a population that hit 1.404 billion. But notably, China is not the best country to accept Middle Eastern refugees. However, it accepted Konkang refugees who have been left displaced after the war erupted between Myanmar National Democratic Alliance Army and the Tatmadaw. The number of refugees that have been residing in China has not changed since 2007 to the slightest. According to the UNHCR, 301,078 dwelled in China in 2007. Similarly, 301,018 refugees were registered in 2011, and the matter never changed in 2015 as 301,057 refugees were already there in the record in 2015. However, strolling in Beijing, you will not encounter any refugees as their number cannot be compared to the billion Chinese citizens there.
Go to top
14 Ghana Despite the fact that most of the African countries are not blessed with a positive image that may attract people to live and work in it, Ghana has surprisingly managed to break the rules and prove itself as a safe refuge for the unfortunate as Ivorian refugees and for the Syrian refugees although Syrians rarely flock to African countries. According to the statics conducted by the UNHCR, Ghana reached its peak in 2007, garnering around 34,958 refugees. However, the slight shift between 2014 and 2015 did not strike a chord; the number of refugees in 2015 was nearly 18,476 and in 2014 it was around 18,450.
Go to top
13 France France has had a rocky relationship with refugees given the events that took place in Paris in November 2015 and a series of brutal attacks that bloodstained the city of light. But, France is known for being this European country with a tremendous number of Muslims and refugees in general. The number of refugees in France has been in a constant increase; the number of refugees in 2007 was nearly 151,789. Then, France witnessed a huge number of them in 2010 with over 200,600 refugees; that’s when it hit its peak. According to the latest statics, 264,972 refugees have taken France as their residency.
Go to top
12 India India has been accepting high numbers of refugees, keeping its spot on the list for years. With 161,537 refugees in 2007, the number has been constantly rising and the country did not halt the procedures of accepting more of them that their number hit 200,383 in 2015. Apparently, India is a highly populous country, so taking in more refugees, especially Rohingya refugees, is not an issue that Indian government will not be able to handle. 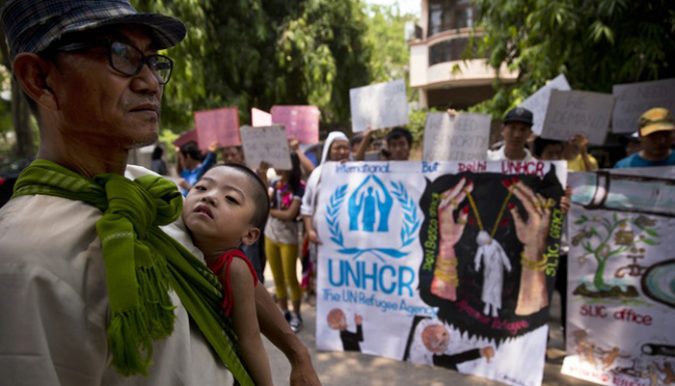 Go to top
11 Germany Germany has declared itself as a European country that is eager to take in as many refugees as it can and has addressed the crisis at multiple conferences and has called the shots when it came to putting forward multiple solutions to put an end to the issue. Chancellor Angela Merkel has prompted other European countries to take their fair share of the refugees. As for Vice Chancellor Sigmar Gabriel, he has stated that Germany may take in around 500,000 refugees, noting that there were around 800,000 applications that were submitted in 2015 alone.
Go to top
10 Sweden Similar to Germany, Sweden has shown great enthusiasm and responsibility in taking in refugees into the land. Swedish Prime Minister Stefan Lofven joins Merkel when he addresses the refugee crisis whenever the subject is brought up. Sweden welcoming Syrian refugees is not mind-boggling; it took in refugees from the Balkans in the nineties. Thus, it was highly expected that Sweden will accept the current Syrian refugees and it never fell short to the expectations. “We accept that every person has a right to seek asylum,” Swedish Foreign Affairs Minister Margot Wallstrom said. “This also puts the European solidarity to a test. I think it’s important that we signal to be a community that rests on common values of democracy and defence of human rights.”
Go to top
9 Malaysia Malaysia is a country that has been in a constant progress and prosperity for its citizens and a prominent tourist attraction. Not only does Malaysia attract newly-weds but it is also a safe sanctuary for thousands of the Rohingya displaced refugees. The record has been in a constant increase since 2007; starting off with 32,243 dwelling in the country and it once skyrocketed to 99,086 in 2014. The latest statics demonstrates that the number is estimated at 97,385 refugees.
Go to top
8 Kenya Kenya lies in Africa, which somehow gave access to hoards of refugees to cross the borders and come into the country from the other neighbours and sister countries. According to UNHCR statics, Kenya has been welcoming refugees and their number has been in a constant increase throughout the past ten years. The record has started with 265,729 residing in the country in 2007, which increased that it hit its peak in 2011. The number slightly decreased to 552,272. But after all, the country had a prominent presence when it came to refugee registration for the Somalis.
Go to top
7 South Africa South Africa has proven it can be a safe place with scenic and strikingly beautiful views when it hosted the world’s finest national teams for World Cup 2010. No wonder it can host thousands of refugees as well. The number of refugees in South Africa was not quite impressive over the past few years. However, after that when unfortunate events took over the world, refugees headed and huddled in South Africa that their hit 114,512 compared to the 36,736 who resided in 2007.
Go to top
6 Tanzania Like Ghana, African countries stay stock-still at the back of our minds when it comes to countries of asylum. However, Tanzania has managed to garner around 159,014 in 2015, mostly Burundian refugees, UNCHR stated. Compared to the past few years, Ghana has managed to get back on the list as 2015 was the year of refugees after they started to halt their journeys to Tanzania for a few years. Compared to 2015, their number was over-whelming in 2007 when 435,630 flocked to Tanzania.
Go to top
5 Iran Like most countries of small Asia, Iran joins in and takes in huge numbers of refugees into its land without imposing strangling restriction like those imposed by most Europeana and North American countries. The number of Afghan refugees who flocked to Iran in 2010 was estimated at 1,073,366, according to UNHCR. However, the number of refugees somehow plunged to 979,441 in 2015 compared to 1 million in 2010. 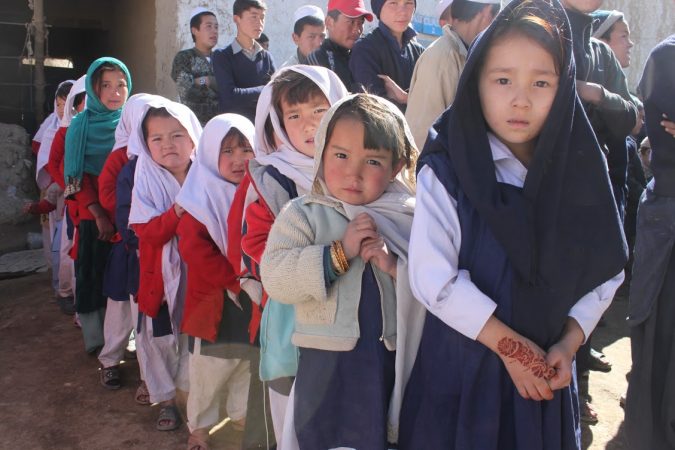 Go to top
4 Jordan Despite the fact that the Jordanian government has declared that it has only registered 629,266 refugees, it has been believed that Jordan has embraced around 1.4 million refugees, mostly Syrians. Not only has Jordan had open arms for Syrian refugees but also has welcomed refugees from Iraq, Somalia and Sudan, according to the United Nations. The point that Jordan is originally a safe sanctuary for the unfortunate and the refugees is not to be argued given that most of its population are of Palestinian origins.The United Nations has declared that the Syrian presence in Jordan had it imposed restrictions and “could have a negative impact on Jordanian public opinion of refugees and make preserving the country’s asylum space in the country challenging.”
Go to top
3 Lebanon Lebanon has welcomed 1.1 million refugees who have crossed the borders. The Lebanese streets were overwhelmed with legal and illegal refugees. The statics has declared the total number to be around 1.5 million. Compared to other welcoming countries on the list, Lebanon does not enjoy a large space for refugees to occupy. Moreover, Lebanon is not a populous country and it is highly sectarian. The population is assumed to be around 4.5 million, which means that having over 1 million refugees in a country of 4 million citizens is quite dazzling. Syrian refugees flocking to Lebanon is mind-boggling at times given the country’s frosty history with Syria as it partook in the Lebanese civil war that has lasted for 15 years. Besides, Palestinians refugees were one of the main pillars in the war and an integral part of it. Aside from all the hustle and bustle, Lebanon has already huge numbers of refugee camps erected along the borders for Palaestinanais and Syrians. 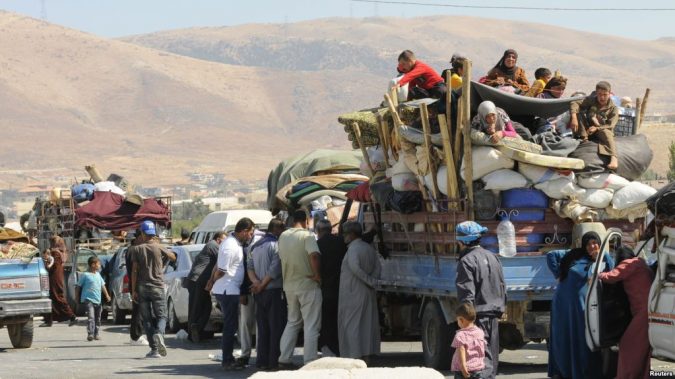 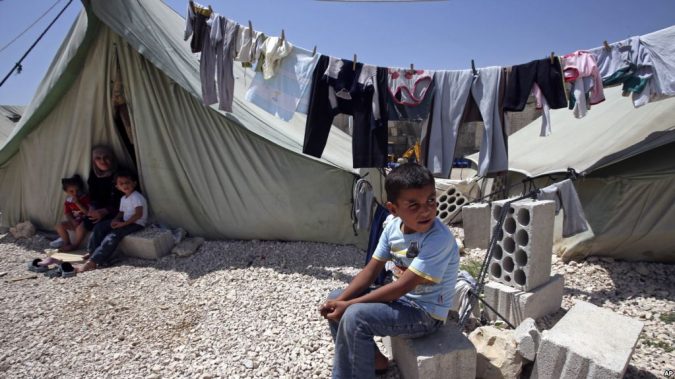 Go to top
2  Pakistan Lying in South Asia, the Islamic Republic of Pakistan has already garnered a large population, marking itself as the world’s fifth-most populous country. However, Pakistan never had enough of garnering and inviting more people into its land. According to UNHCR data, Pakistan has notably been a safe sanctuary for Afghan refugees throughout the years; it reached its peak in 2010, embracing around 1,900,621. However, according to the last survey conducted by the UNHCR, the number of refugees in Pakistans was around 1,540,854 in 2015 compared to the 1,505,525 who dwelled in 2014.
Go to top
1  Turkey Turkey has garnered a tremendous number of refugees flocking from various countries, in addition to 1.9 million Syrians who have found refuge in the land. The Turkish government have erected as many refugee camps as they can near the borders. Human right activists have stated that Turkey has not granted the Syrian refugees the access to government-run safeguards that aims at protecting refugees. However, the UNHCR has acknowledged the problem and managed to have access to the camps of the unfortunate. 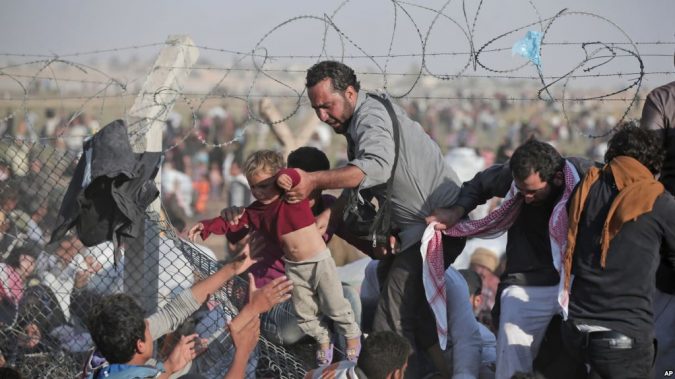 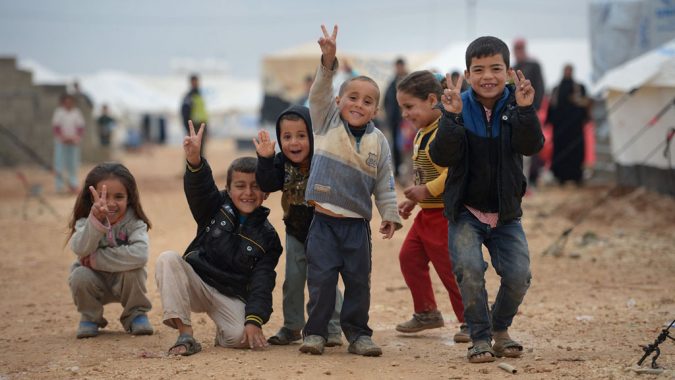 Finally, those above-mentioned countries have lent a hand to people whose lives had been at a risk. The world is much better when people overlook different races, religions and origins and only focus on the souls that need their help. Following such examples remind us that us as human beings are most essential jobs is to spread love and peace to make sure that every soul in this universe deserves to be given a chance to lead a proper life. 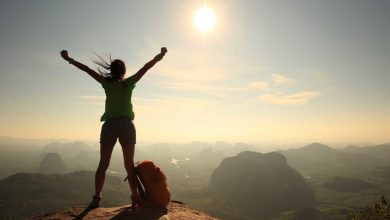 3 Steps Towards Living the Life You Want! 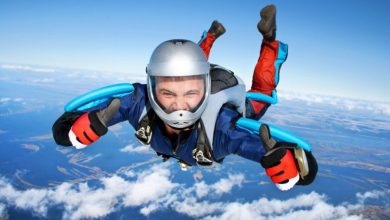 History of Skydiving: The Ultimate Thrill 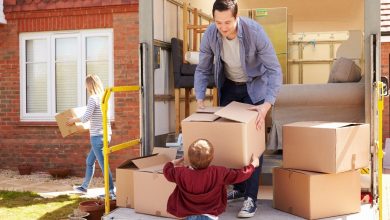 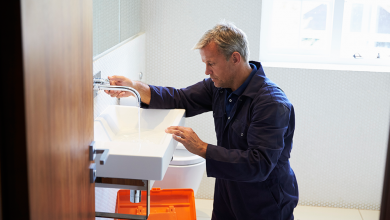 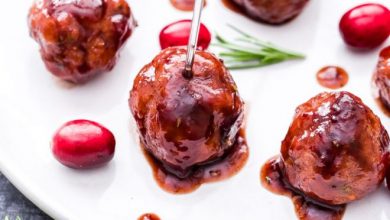 Delicious Finger Foods You Won’t Be Able to Resist 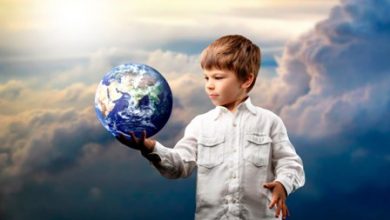 How Can I Know My Future?