Flamingos, flamingoes or the most beautiful birds on earth, you can call them whatever you want. People differ in the way they call flamingos but they do not differ in their opinions about them. The flamingo is really one of the most beautiful birds that you can ever see in this world. They attract your attention once you see them thanks to the breathtaking color of their feathers that please you and make you completely fascinated and dazzled. Flamingos are considered to be wading birds and their name is derived from a Greek word that means “purple wing”. Flamingo is available in six species only; four of them can be found in the Americas, while the other two species exist in the Old World that includes Africa, Asia and Europe. There are common traits that flamingo shares with other types of birds such as Ciconiiformes, ibises, waterfowl and more but the grebes are considered to be more closely related to flamingos. There are about 11 morphological traits that flamingos share with grebes and such traits are not shared with or found in other types of birds that are thought to be related to flamingos by different studies. 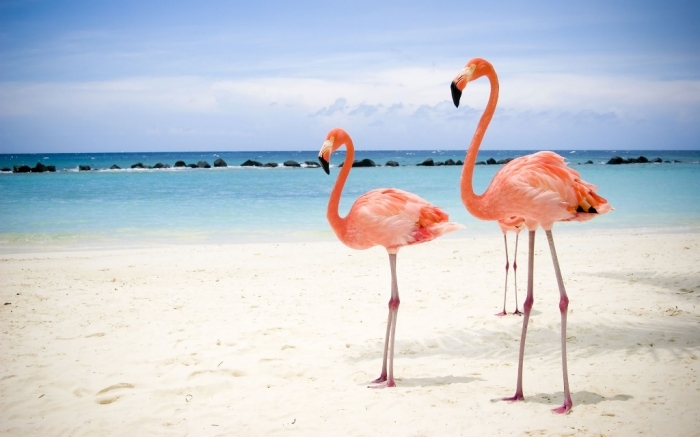 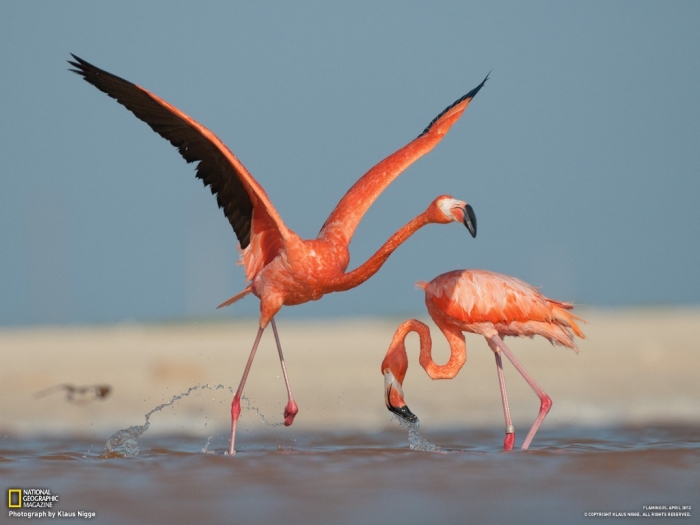 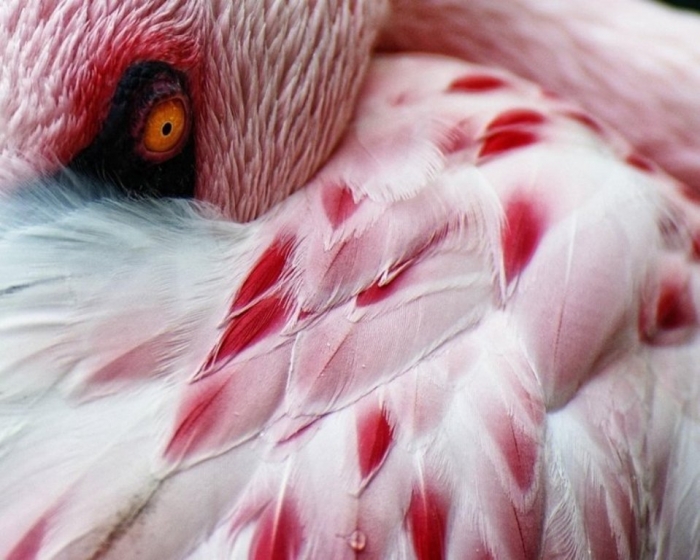 ♦ Flamingos during the ancient times 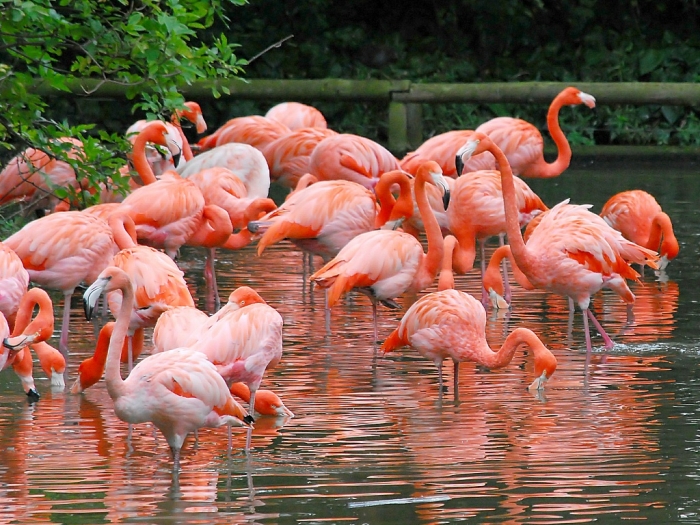 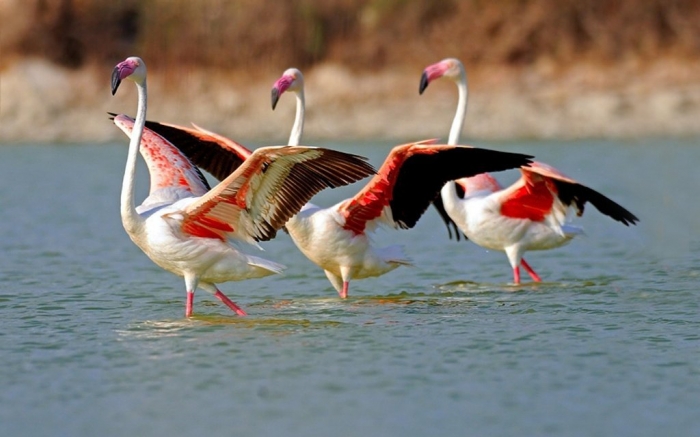 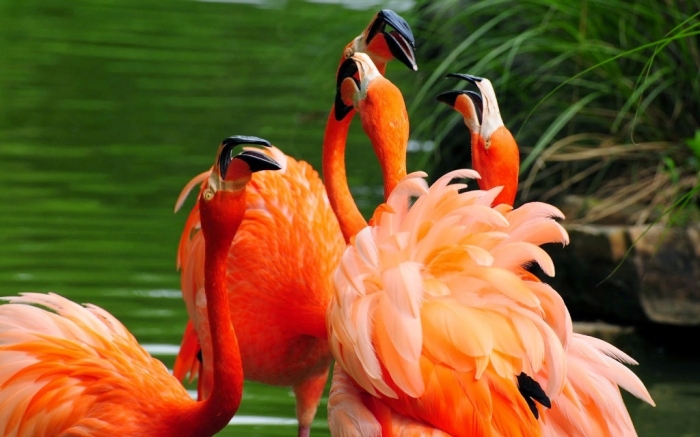 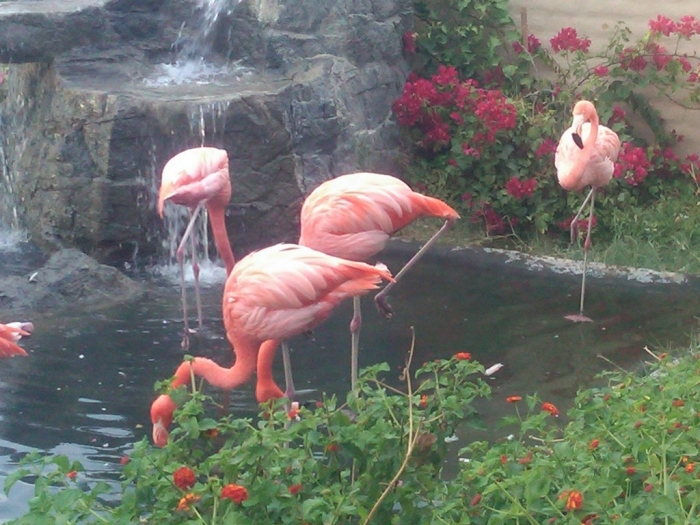 Flamingos have not recently appeared as they have been known since the ancient times. They were believed by the ancient Egyptians to be the representation of their god Ra and the ancient Romans especially the Roman emperors thought that the flamingos’ tongues are a delicacy and this is why they were eating them. The Andean miners also thought that the flamingos’ fat is a cure for tuberculosis and this is why they killed them.

♦ What are the characteristics of the flamingos? 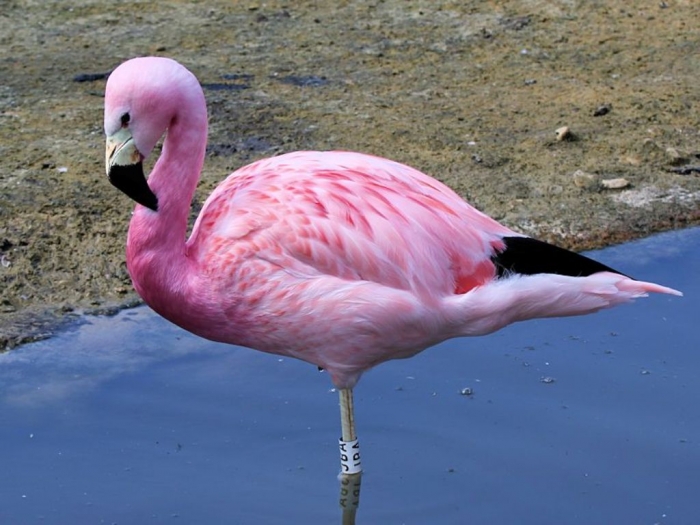 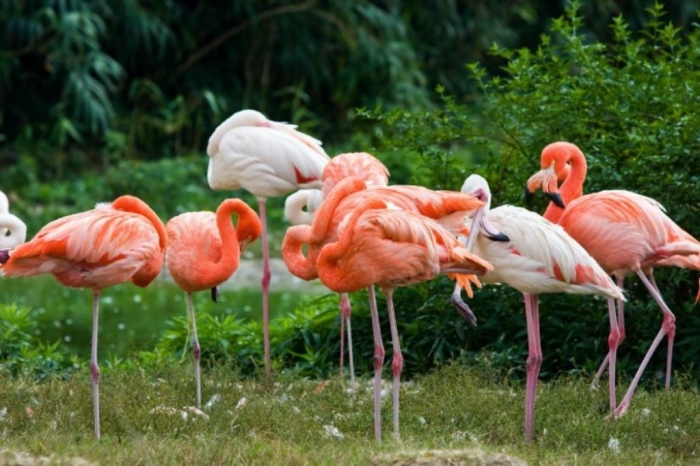 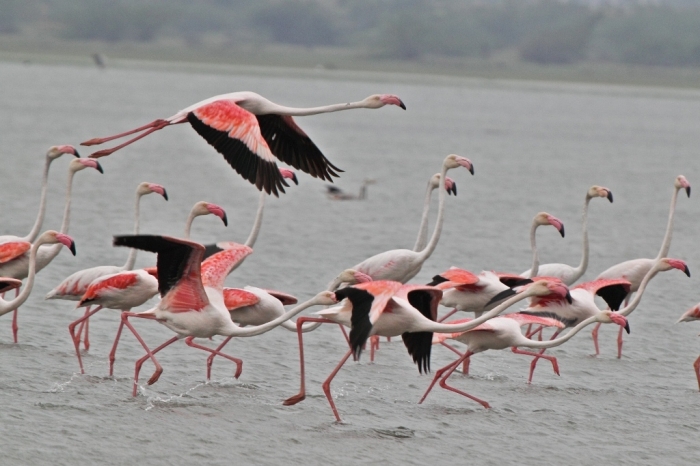 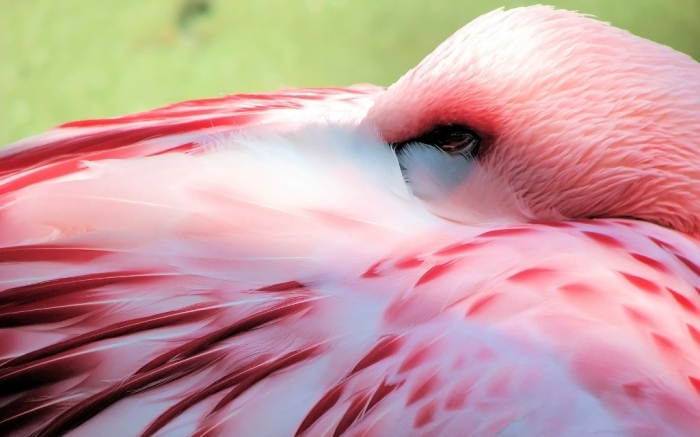 They have two long legs, however they stand most of the time on just one leg and the other one is bent beneath the body to be hidden making you think that they have only one leg. There is not a scientific explanation that justifies such a behavior, but it is thought that the birds can save more body heat through standing on just one leg and this is why it is also believed that flamingos wade in water.

♦ Why are the flamingos pink or bright red? 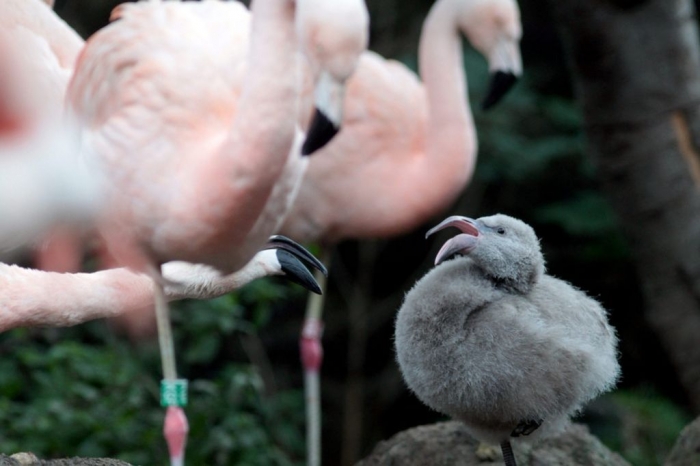 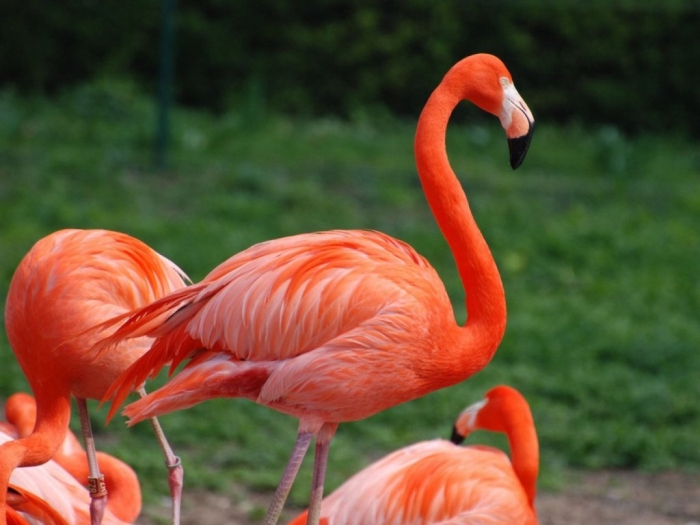 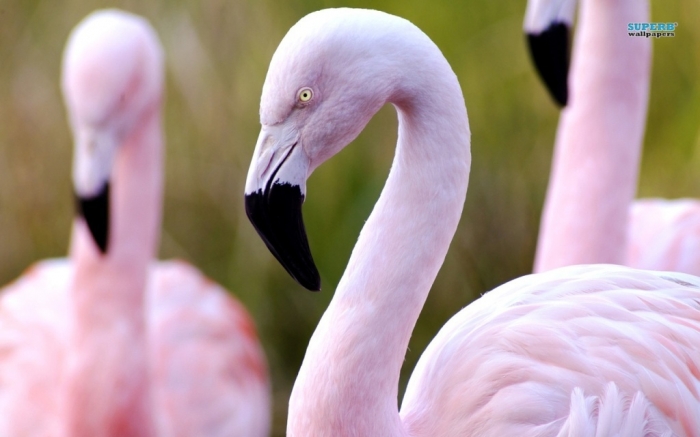 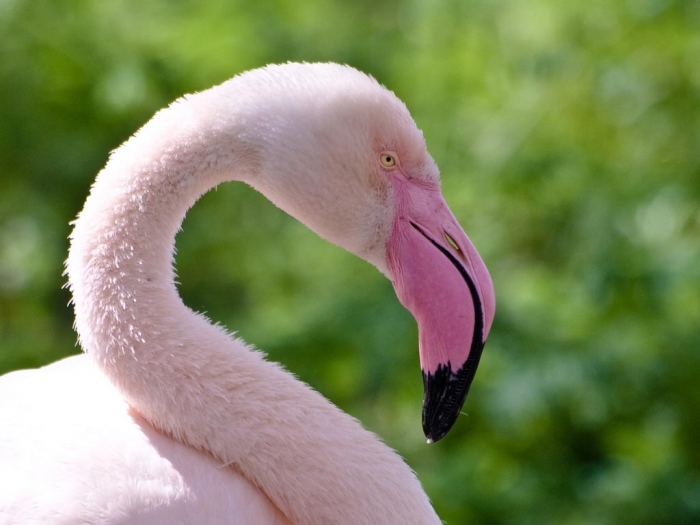 Baby flamingos have grayish reddish plumage, but when they grow and become adults the color of the feather changes to be light pink or bright red. The pink or red color of the flamingos’ feathers is caused by aqueous bacteria in addition to beta-Carotene that can be found in the types of food that they eat.

♦ How to differentiate between the healthy & unhealthy flamingos? 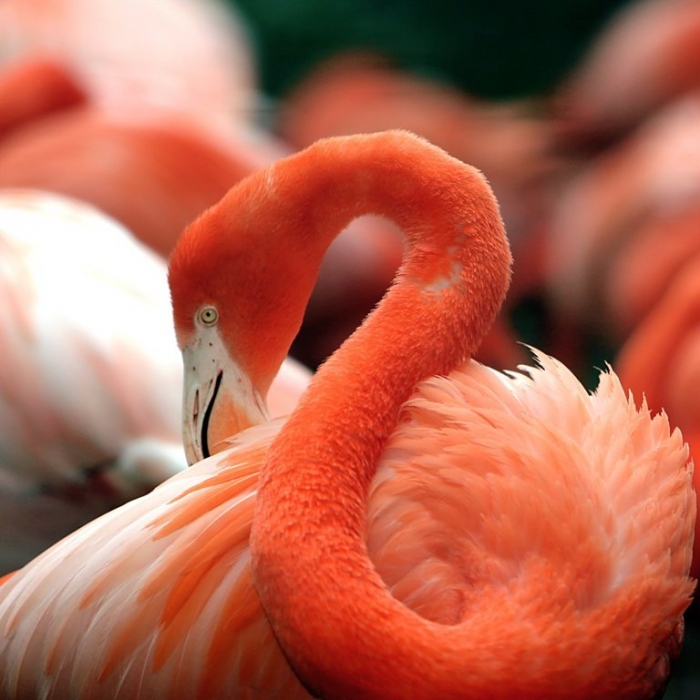 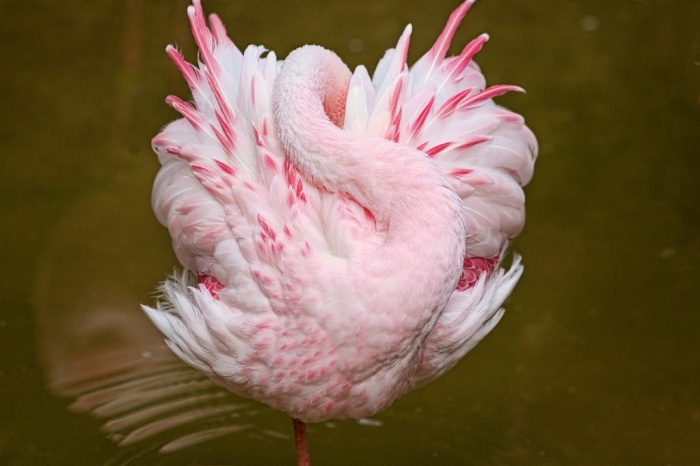 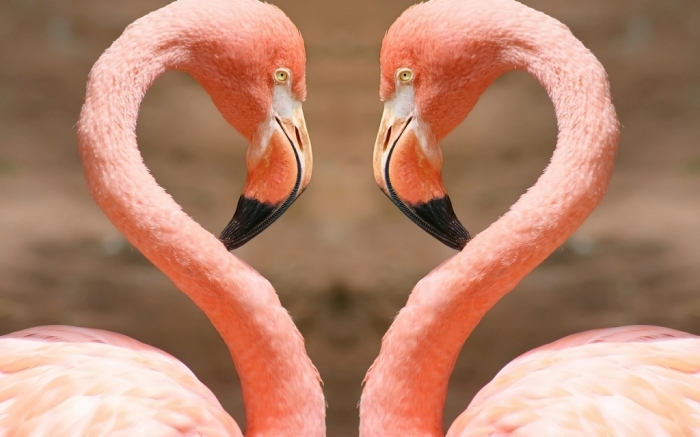 The process of differentiating between healthy and unhealthy flamingos is not difficult at all. You can easily do this through taking a look at the color of the flamingoes’ feathers. Those healthy flamingos that are well-fed are more vibrant or reddish in color, while the other flamingos which are pale or whiter in their color are considered to be unhealthy since the quantity of food that they eat do not provide them with the needed amount of beta-Carotene that make their feathers more vibrantly colored or bright red.