Have you thought of sand grains as a medium to create art and tell stories? Sand is capable of channeling immense creation and beauty. Inspired by its resilient, free nature- and the awing-beauty of the seemingly endless sand spaces and formations in deserts- sand animation artists have employed the sand as a means of expression innovatively.

Some sand arts, such as sand painting and sculpture, are quite ancient; however, sand animation is a new technique that goes back to the late 60s, specifically to 1968. It was when Caroline Leaf, an undergraduate art student at Harvard, made her film “Sand,” using an animating technique with sand. The artist innovated it to serve spontaneity and artistic exploration, the two elements that she felt animation at her time lacks. While the scenes flow and each one fades into another, remain the impression and the story told.

Since then the recognition of the new art has been rising. Therefore, I and our art and lifestyle magazine invite you on this tour to know about ten of the most talented sand animation artists and enjoy some of their best creation, but let’s first find out more about sand animation. 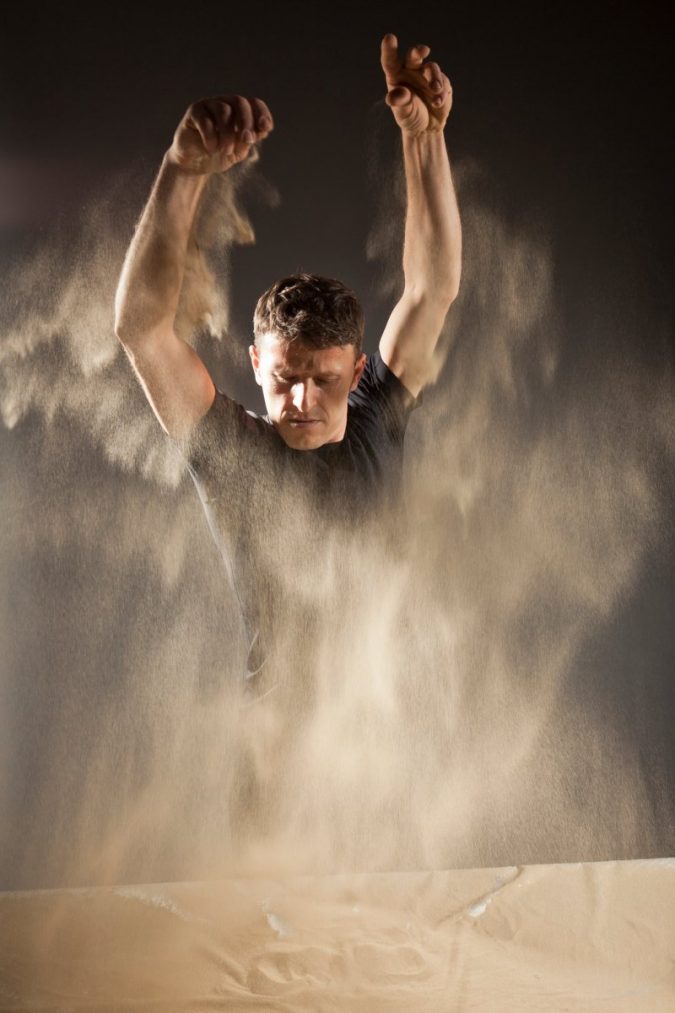 It is more of a live performance on a stage; accompanied by music, the artist applies sand to an illuminated surface or lightbox and starts drawing lines, curves, and figures with sand, forming series of scenes using his/her hands.  A head-projector is incorporated into the show to display the created frames to the audience. Fluid transitions are another stellar characteristic of the art; it’s how the artist fuses the climax of a fulfilled frame with the next newborn one smoothly. It’s quite an experience to watch ends meet new beginnings with no grudges. The technique is also employed to produce animation films; Caroline Leaf, the innovator of sand animation, is a filmmaker.

While 1968 represents the initiation of the art, 1977 was a milestone in the path of sand animation. It was when the sand-animated short film The Sand Castle of Co Hoedeman won the Academy Award. 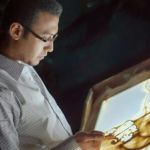 Andrew Magdy is an Egyptian sand artist whose story with sand art initiated seven years ago. He has fallen in love with the art, especially its dynamism. He ditched his career as a lawyer and decided to follow his passion. Magdy learned to animate sand by himself with the aid of Youtube. Seeking perfection, he has been developing his technique. You can notice it in the fascinating lines he creates. Andrew values the bond between the artist and audience that the live nature of this medium presents; it brings the viewer a bit closer to the creation process. Magdy plans to continue polishing his talent through academic study in Europe. The artist hopes to teach sand art in Egypt to the others fond of storytelling with sand. He is one of a few Egyptian artists who practice sand animation. He has been invited to perform at different events in Egypt and the UAE. 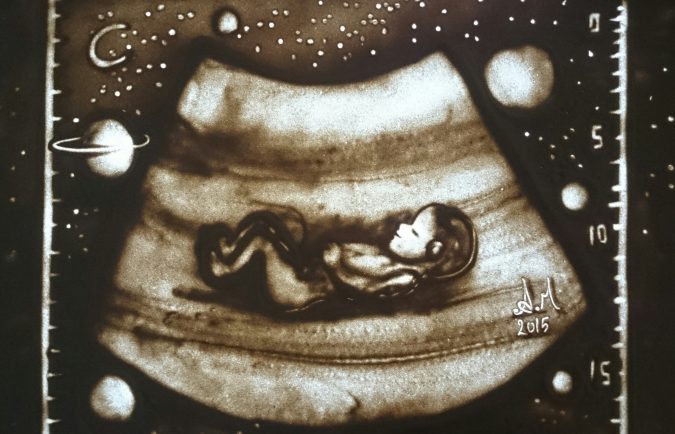 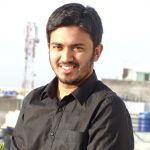 However hasn’t received an artistic college education either, his talent speaks of itself fluently. Vivek Patil was in the middle of his engineering study when he participated in India’s Got Talent and animated the sand grains in front of the astonished audience. Later he decided to turn art from a side hobby into a primary aspect of his life. Patil practices not only sand animation but light art, which he is the sole performer of it in India, and glue art as well. He has presented live sand art performances in cultural, sports, and corporate events. One of his best performances was for a cancer hospital. He told a beautiful story based on a small yet moving piece of information: the hospital founder lost his mother to cancer. 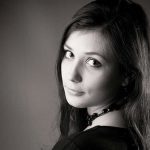 Another talented artist, this time from Belarus, is the artistic handcrafts specialist Alexandra Konofalskaya. She was born in 1986 in Zhodino and graduated in 2009 from the faculty of folk culture in the Maxim Tank Belarusian State Pedagogical University. She has participated in art exhibitions before and after graduation. And as a leading sand artist in her country, Konofalskaya has had several personal performances, local, national and international. She performed abroad in many renowned cities and capitals, including Beijing, Moscow, Lodz, Warsaw, Geneva, Vancouver, Prague, and Wroclaw. 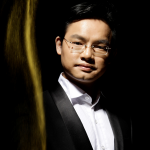 From China comes Su Dabao to impress us with his unique talent, imagination, and knowledge. He employs the traditional Chinese painting that he spent months learning to enrich and dimensionalize his vibrant frames. The artist believes that some aspects of the traditional painting nature fit in with the sand animation technique perfectly. To master sand animation, Dabao needed more patience, for he spent five years teaching himself to draw with sand. The difficulty, as he states, lies in nailing the necessary sensitivity that enables the artist to estimate how much sand s/he needs to pour on the glass board, and how to control and paint with sand grains. Being a magician who performed several magic shows have indeed served him well when shifted to sand animation; swift hand and performance skills are mutual requirements in both worlds.

Kseniya Simonova studied fine arts and graduated, in the same place where she was born, from the Artistic School of Yevpatoria, Ukraine. Her journey with sand animation art has been an impressive story of patience, persistence and great passion that led to a fountain of creation. The start of Simonova’s life as a professional sand artist was after winning Ukraine’s Got Talent contest of 2009, striking the audience with her choices of the stories and how she narrated them with sand animation; her World War II-themed performance about two lovers separated by war awed many with its deep beauty and the strong emotions it evoked. However some advised her to employ a more popular theme, she insisted on her selection, aiming to provide her art with profundity. Her final sand animation in the contest “Don’t Be Too Late” also served the artist’s perspective of the art; it was about a son who met success and forgot his parents. Since then, Kseniya has been invited to present her unique vision of sand animation in the four corners of the world. 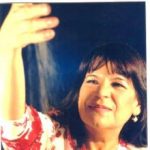 Renowned internationally, Ilana Yahav is one of the best Israeli sand animator performers. She refined her talent with professional studying of sand art in Hollywood, New York, and London. Her creation has received admiration from many. Yahav is known to adequately prepare for her performances and pay attention to the details. Because of the motional nature of the art, the artist experiments until reaching a result that satisfies her regarding the scenes that tell the story of the main theme, how to perform the drawing of each scene, and the harmonious transitions from each frame to the next. She also gives care to the selection of the music that accompanies her performances that sometimes she employes music originally composed for the show. 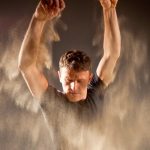 Born in Valona, Albania in 1976, Fatmir Mura has been passionate about arts since his childhood. The path that led him eventually to sand art initiated with studying and playing the accordion. Before Mura reaches twenty, he began to study theater, pantomime, and Latin American dance in Athens, Greece. The third step of his artistic journey was when he met sand animation, this time in Italy. Fatmir Mura employed his art innovatively to present a show called “Save the World”; aiming to honor nature, the artist employed elements of nature, sand, and water, to create art that expresses the earth; in other words, he incorporated nature to speak of itself. Fatmir’s creation is unique with its confident lines and curves along with charmingly hazy transitions between the scenes which remind of the single origin behind the variety created shapes.

Born in 1950, Ferenc Cakó is a sand animator from Hungary. He specialized in creative arts. After graduation in 1973, he started doing amateur animation which has eventually evolved into professionalism. Cakó has done several workshops and performances abroad. He has also created short films that received awards from national and international film festivals such as Kecskemét Animation Film Festival, the Berlin International Film Festival, and Cannes Film Festival. Another fantastic aspect of Ferenc Cakó’s art is the employment of classical compositions, such as the Queen of the Night Aria from the Magic Flute opera of Mozart, and Orff’s Carmina Burana, in his sand animation performances. Sometimes he uses the music pieces as background, and other times he let his unique art express them in a series of frames. A stellar example of the latter case is his sand animation performances inspired by Vivaldi’s Four Seasons.

Co Hoedeman is a great animator and filmmaker who was born in 1944 in Amsterdam, Netherlands. He has created a lot of awarded short films that channeled his flowing creativity. However not specialized in sand animation live performances, Hoedeman has incorporated the technique in one of his masterpieces, “the Sand Castle” which was displayed and won the Academy Award for Best Animated Short Film in 1977. He created the fabled creatures of the short from foam rubber, wire, and sand. And the way they play with sand and build the sandcastle tells eloquently why sand has been inspiring arts and religions since ancient times.

Now, here we reach the great artist who brought sand animation into being. Born in 1964 in Seattle, Washington, Caroline Leaf is a Canadian-American creative filmmaker and animator whose work has been recognized and has received many awards. Her journey with sand animation initiated when she was still an undergraduate art student; she created her first short film, called Peter and the Wolf or Sand, by animating beach sand grains. After graduation, she innovated Paint-on-glass animation, and with it produced her second film “Orfeo.” Since then she has created numerous animated shorts. Today, she works at the National Film and Television School in London as a tutor. 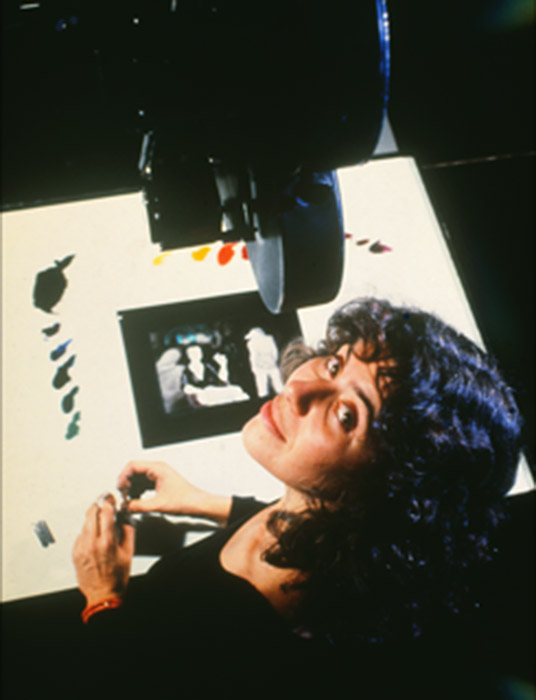 Like a flowing river, the art of sand animation is there to defy constancy, to poke the artist and viewer to enjoy the beauty and fresh creation at the moment then let it go. It’s just as Su Dabao put it perfectly “the value of sand painting lies in the fact that it’s an instant art. Every time I draw it, I make it different.”

And we end the tour with a sandy wish of a Happy New Year.