The red panda is also known as the red cat-bear and lesser panda but the most common name that is used for calling it is red panda. It is an arboreal mammal that is small in its size and is classified by the International Union for Conservation of Nature (IUCN) as vulnerable. There are many factors that are responsible for decreasing the number of red panda to the extent that the mature individuals are less than 10,000 individuals. Decreasing the number of red pandas and threatening them with extinction is caused by the loss of habitat, destroying their homes and poaching in spite of protecting them in their range countries by national laws. Red pandas are related to cats and bears in their characteristics. For cats, you can notice that red pandas are related to domestic cats in their size although the red pandas are little bit larger. The red pandas are given the name of panda because of the shape of their face that looks like pandas and because of having a false thumb; however red pandas are not closely related to the famous giant panda that we all know. 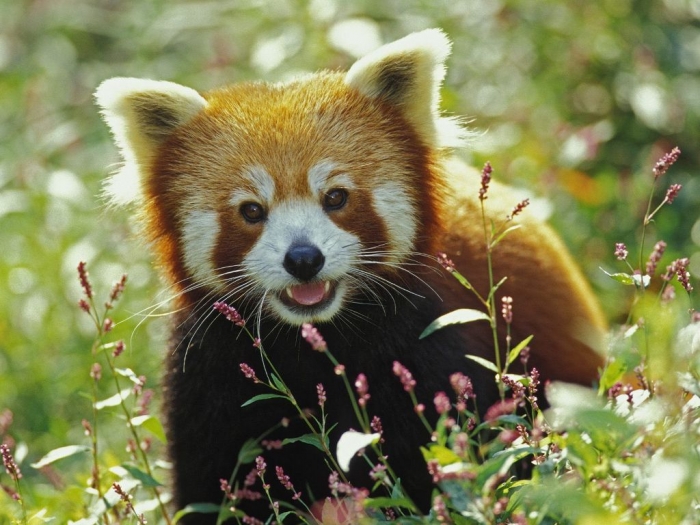 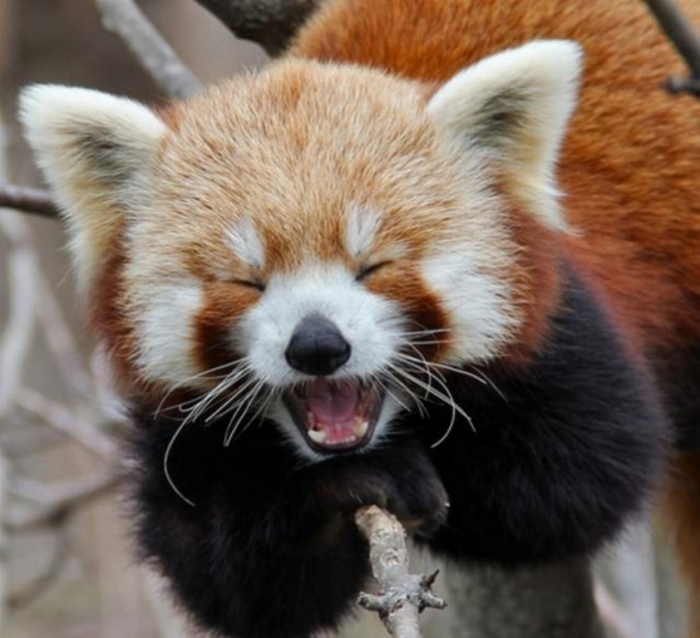 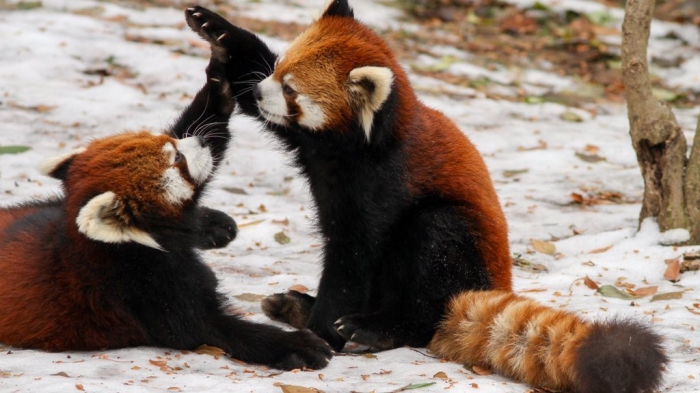 ♦ What are the characteristics of red pandas? 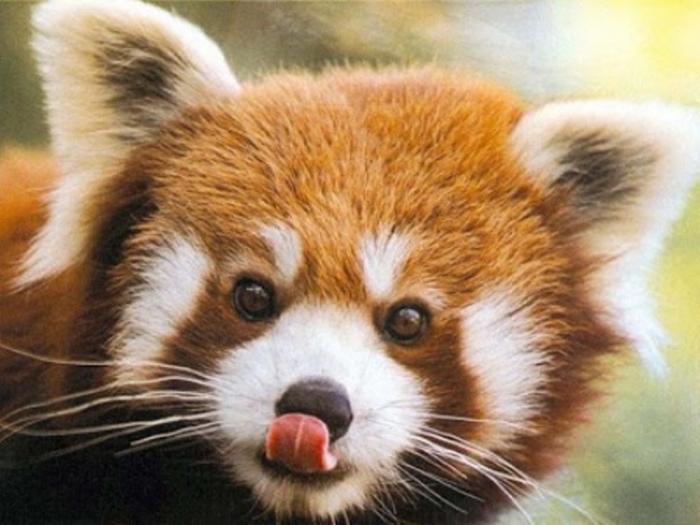 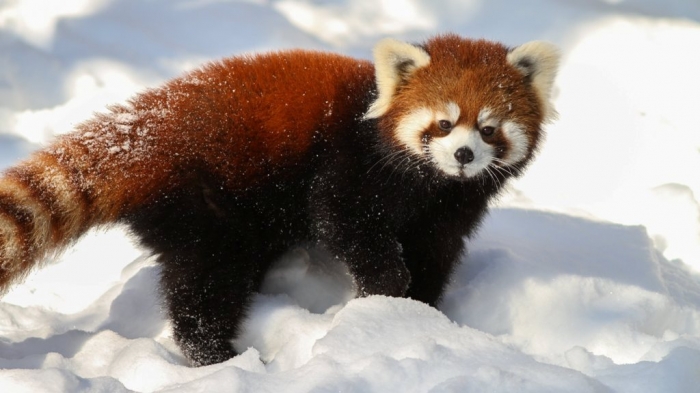 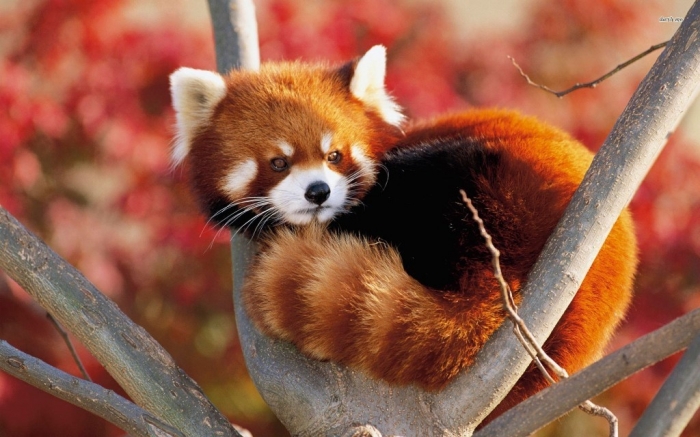 Red pandas are small in their size which is little bit larger than the size of domestic cats. They have a long and shaggy tail, black nose, dark eyes, yellowish red rings around the tail and their long and soft fur is reddish brown. Their front legs are short and they are considered to be solitary animals. The markings that the red pandas have on their bodies especially their faces differ from one to another. The red panda is approximately 50-64 cm (20-25 in) long excluding the tail which is 28-59 cm (11-23 in) long. The males are heavier than females since the males’ weight ranges from 3.7-6.2 kg (8.2-13.7 lb), while the females’ weight ranges from 3.0-6.0 kg (6.6-13.2 lb).

♦ Where do the red pandas live? 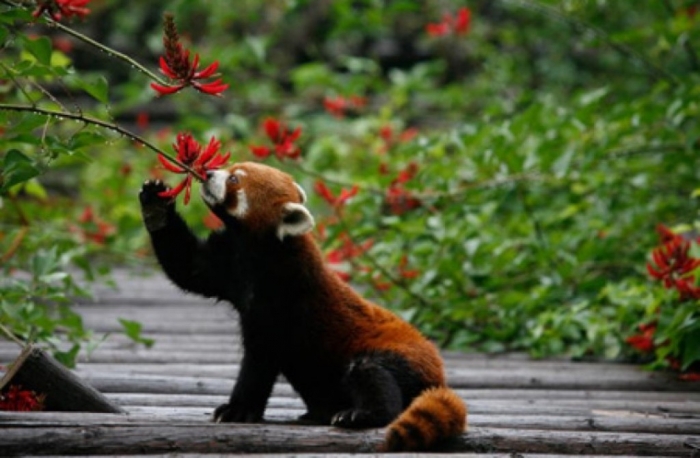 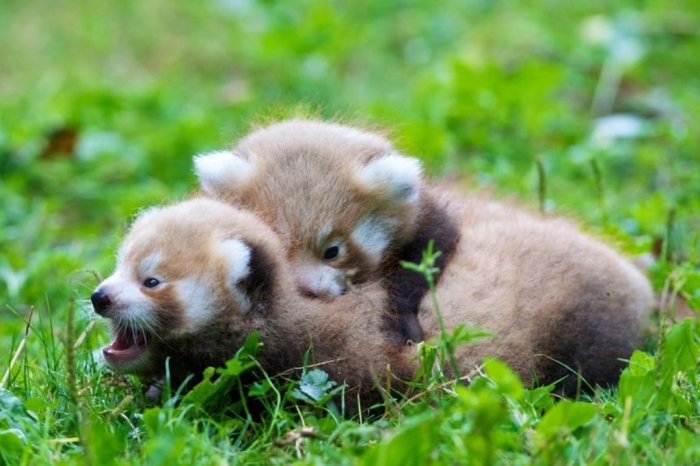 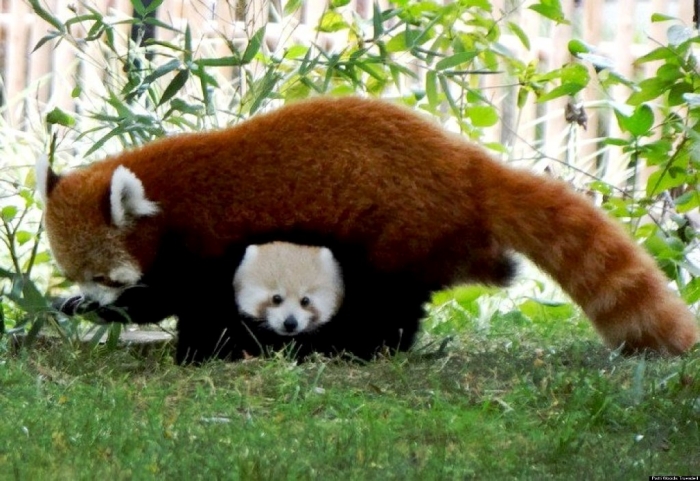 The red pandas were first seen in the 1970s in Dhorpatan Hunting Reserve which is located in Nepal and their existence was confirmed in 2007. They live in the south-western China, the eastern Himalayas, Bhutan, Assam, Sikkim, Tibet, northern mountains of Burma, Gongshan mountains of Yunnan, Hengduan mountains of Sichuan, northern Arunachal Pradesh and south-west Tibet but the last two places are not documented to have red pandas living in them.

♦ What do the red pandas eat? 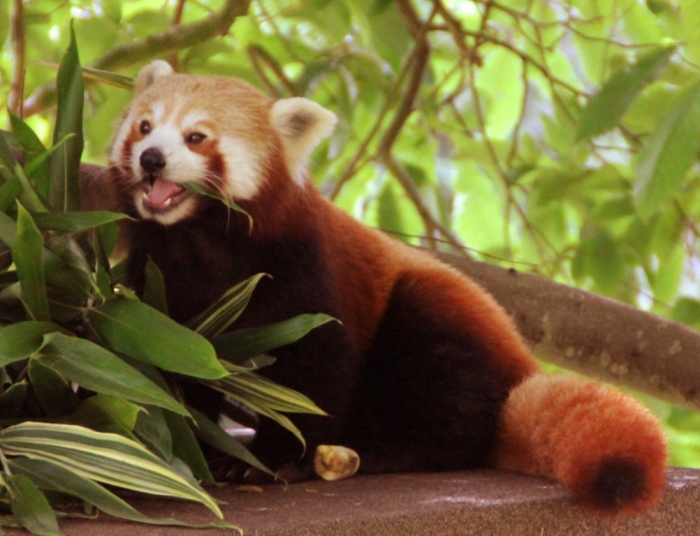 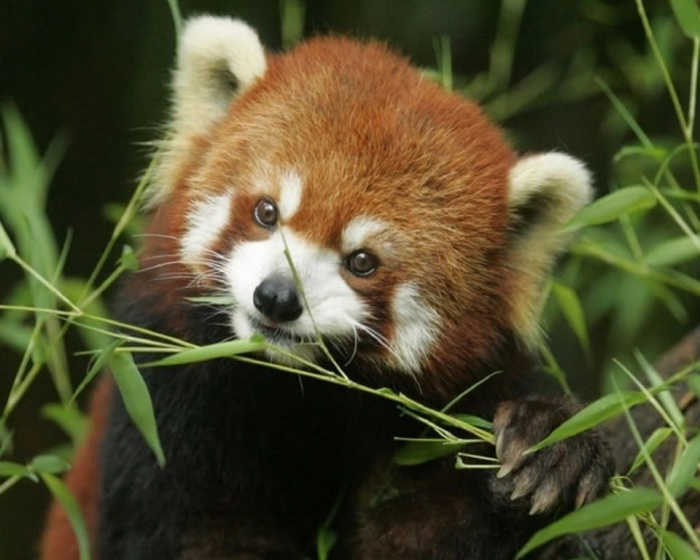 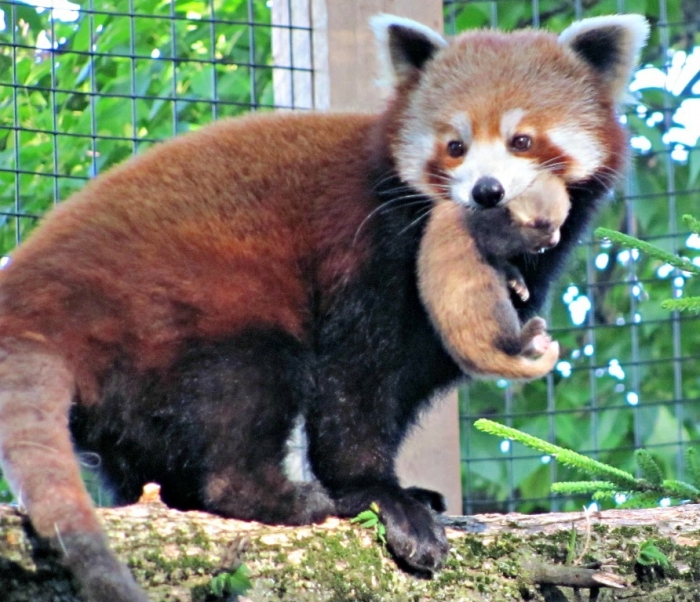 The red pandas’ food is chiefly based on bamboo, but it does not mean that it is the only thing to eat. There are other types of food that are included in what is eaten by the red panda such as insects, birds, eggs and even small mammals. They hide during the daytime and start roaming from the sunset or dusk to dawn.

♦ Are the red pandas going to disappear? 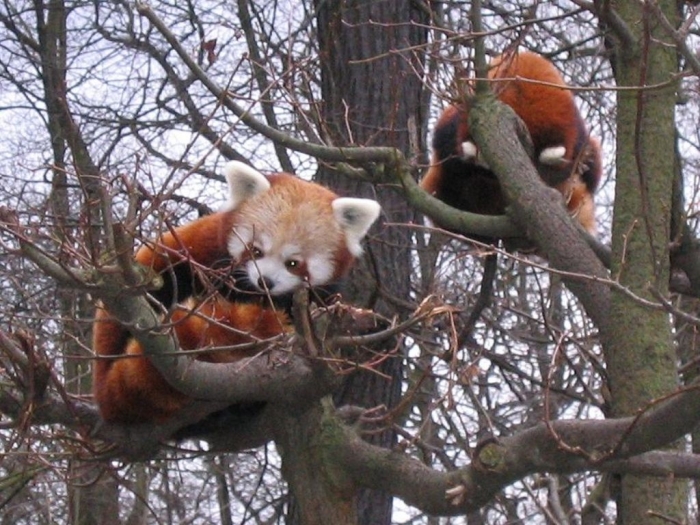 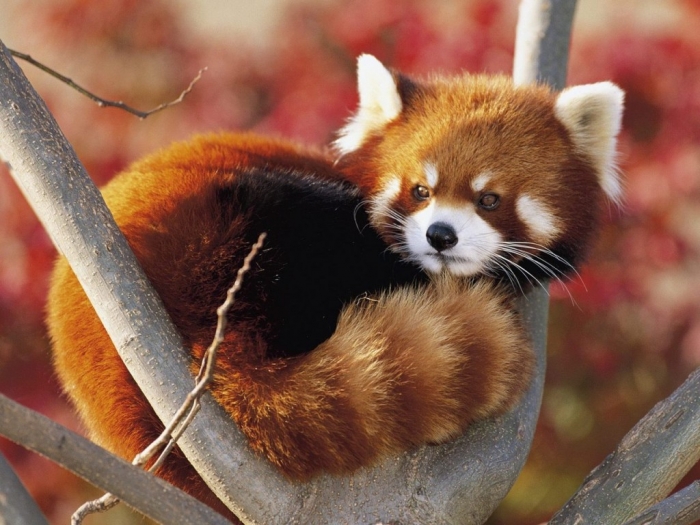 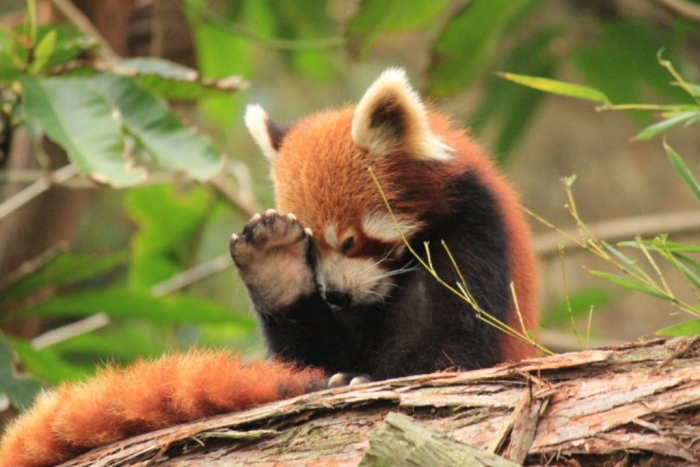 The red pandas are threatened with extinction because of hunting, poaching, habitat loss and destroying their homes. The fur of red pandas is highly sought after by many people especially those who live in China and Nepal as they use the fur in different local cultural ceremonies and weddings. Although the red panda is hunted for its fur in different areas such as China and Nepal, there are some people in India and Nepal who like keeping red pandas at their homes as pets.