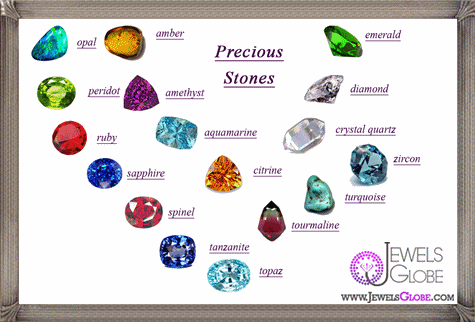 Moss’s scale of hardness. It is used to refer to the ability of the gemstone to resist scratches. Some metals are tested by checking the ability of a hard material to scratch another material that is less solid. The scale ranges from 1 to 10 where 1 is lean and 10 represents solid materials.

It is the most valuable stone in the quartz family. The high quality amethyst ranging between dark colors, red purple to magenta. Also they can be found in light green color. Some amethyst stones have no color if they are exposed to sunlight. 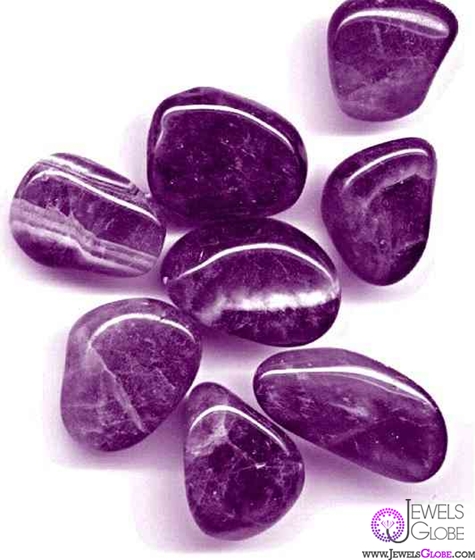 The amethyst is found throughout the world. It is highly concentrated in south Australia, Brazil, some counties in south America, Zambia, Korea, India, Canada, and the united states. It records 7 points in Moss’s rigidity scale. The amethyst is cleaned with warm water and soap with a soft brush. The ultra sonic cleaners should be used in a careful way because it could damage the stone.

It belongs to the Egyptian emerald family. It has different colors like bale blue that has almost no color, bluish green, bluish color, the dark water color which is the most expensive one.

Aquamarine is found in the united states, Colombia, Brazil, Russia, south Africa, Zimbabwe, India, Pakistan, and Seri Lanka. It recorded 7.5 points in moss’s scale of rigidity. Just like the amethyst it should be cleaned with warm water and a soft brush with soap and avoid ultra sonic cleanings as it may damage the stone.

Is one of the rarest shapes of quartz. It’s got its name from the color of dark citrus. The citrine has many colors like bale yellow, golden brown, and reddish orange color.

Most citrine stones are extracted from Brazil. It is also found in Madagascar, Bolivia, Russia, and France. It recorded 7 points in moss’s rigidity scale. It should be cleaned in the same way of cleaning the previous stones.

Generally, diamonds have no colors, but they can be found in light yellow and brown color. Natural colors like blue, yellow, green, pink, and red are very rare and extremely expensive, on this basis, decorating with colors is used to make different colors for diamonds and it includes laser, beam, and heat.

Diamonds are considered 100% gemstones. The value of the diamond is determined by the clarity of the stone, its color, and shape. Diamonds are extracted from Australia, Congo, Canada, Russia, south Africa, Botswana, and Namibia. Diamond recorded 10 points in moss’s scale. It is one of the hardest stones. Diamonds should be stored in separate places from other jewelry. It is recommended to be put in soft silky boxes. Diamonds are cleaned with steam, ultrasonic cleansers, and warm water soap.

It also belongs to the Egyptian emerald family. It has many colors like yellowish green, grass green, deep green colors mixed with light blue. Emerald is one of the softest stones according to jewelry standards.

You shouldn’t wear it during daily activities. It is usually processed to hide cracks and scratches and also to make it more pure and clear. Colombia is the leading country in producing emerald. It is also found in different areas of South America, Egypt, Brazil, Russia, South Africa, India, Pakistan, and Zimbabwe. Emerald has recorded 7.5 to 8 points in moss’s scale of rigidity. Emerald is fragile and should be taken care of carefully. Do not use steam or ultrasonic materials in cleaning. It should be repainted every several years.

It belongs to the Nesu Celikat family. Garnet is usually dark red. Its color ranges from colorless garnet to the colors close to black. It can be found in any color except for the blue.

Garnet is found in the united states, south Africa, Argentina, Australia, Brazil, Burma, Scotland, Switzerland, and Tanzania.. garnet has recorded 6.5 to 7.5 points on the scale of rigidity. It is cleaned with warm water, soap, and a soft brush or with ultrasonic cleaners. It shouldn’t be cleaned with steam.

It belongs to two families. its value is determined by its color and the transparency. The green color is the most common, while purple is the rarest ever. Its different colors are milky white, purple, yellow, red, and brownish black.

Most modern jade is processed with wax. It is found in Taiwan, Australia, Canada, Myanmar(Burma), new Zealand, Mexico, south America, central America, china and the united states. It has recorded 6.5 to 7 points on the scale of rigidity. To clean jade use a wet soft fabric, you can also use warm water and a soft brush.

It is found in multiple colors and it is called color games, or the color lines that is famous for and made of silica ball. It is found in different colors, the black opal, crystal, white, the Mexican, and fiery opal. 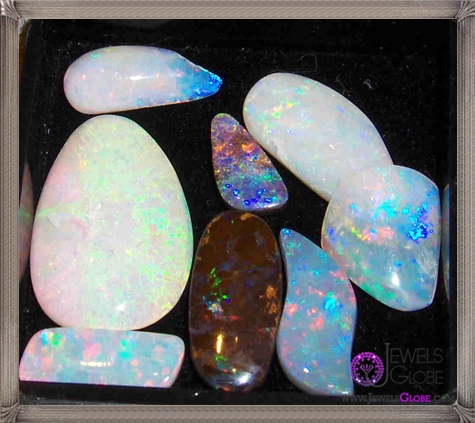 Most of the opal production comes from Australian mines. It is also found in Mexico, brazil, Ethiopia, west Africa, and some states in America like Idaho, and Nevada. Opals are soft stones. It has 5.5 to 6 points on the scale.

The water in opal represents 10%. It is highly breakable. It shouldn’t be dry or exposed to a sudden change in temperature. Some types of opal are decorated with oily and gluey materials to preserve its wonderful color. The double and triple layers are made by a thin layer of opal fixed on a black base. To clean opal use a wet towel.

While pearls are very rare, the manufactured pearls are common. It is made by putting a small bead in a shell. Usually, pearls are white but it can be found in different natural colors like creamy, pink, orange, grey and purple. The most valuable shape is the round one. The three most common pearls are the south sea, Tahitian, and Akoya. Usually, pearls growing in salt water is more round than those found in fresh water. Recently, akoya pearls are used in most jewelry. They are coming from akoya oysters and it is growing in china and Japan. Usually, they are white or creamy. The majority of akoya pearls are bigger than the fresh water pearls. 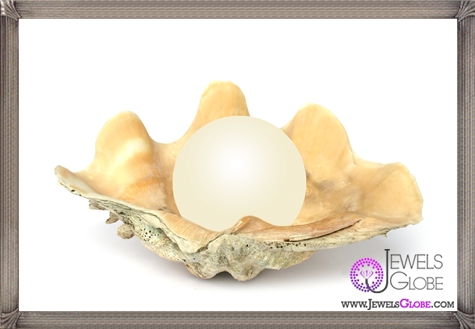 South Sea pearls are among the biggest pearls in the world. It is growing in the northern Australian coast and the southern Chinese coast. The south sea pearls have delicate colors, they are usually white but mixed with other colors like silver and gold but they are rare.

Pearls can be found in black colors, silver and green but these colors are very rare. Pearls are planted in Japan, the Arabian Gulf, China, Australia, Tahiti, and the US. It recorded 2.5 to 4.5 points on moss’s scale of rigidity.

Usually, pearls are pale or have some rays. Pearls are very fragile it should be kept separately away from the rest of the jewelry. It should be cleaned with water and not with ultra sonic or steam.

It is found in a green transparent color. It is one the fewest stones that is found in only one color. The density of the color depends on the value of the iron in the stone.

It is cleaned with warm water, soap and a soft brush. Do not use ultra sonic cleansers for this type of stones.

You can find some cracks and scratches in rubies and that is normal, but nowadays most rubies are being processed to improve its purity. The processing includes heat treatment and it is used to preserve its natural beauty and these processes don’t affect the stone.

Some pure rubies are found in Burma and it has a certain color known as ” beigons bella red”. It is also found in Vietnam, Thailand, north Pakistan, Laos, Nepal, Afghanistan, east Africa, and India. It recorded 9 points on the scale of rigidity. The red rubies are solid. It could be cleaned with steam and ultra sonic cleanings.

The blue sapphire is found in India, Burma, celine, Thailand, Vietnam, Australia, brazil, and Africa. It has also been discovered in Madagascar and in brazil. It has recorded 9 points at the scale of rigidity. Just like rubies, it can be cleaned with steam or ultra sonic cleansers.

It belongs to the zeolite family. It is known by its wonderful bluish purple color. While the tanzanite has a golden brown color, it is processed to have a strong purple color. 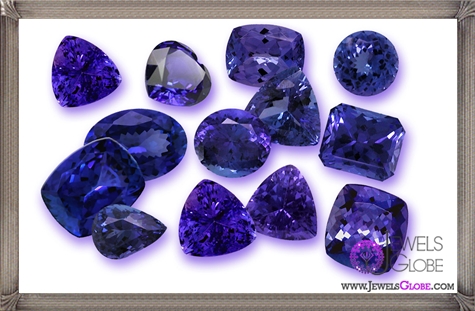 It also can be processed to have a light purple or dark purple color. The processed tanzanite is seen as real stone. The tanzanite is found only in east Africa in Tanzania. it recorded 6 to 7 points on the scale although they are fragile. It should be cleaned only with warm water and soap.

This stone is found in all over the world including brazil, Afghanistan, Australia, china, Nigeria, Russia, Zimbabwe, Seri Lanka, and America. The topaz has 9 points recorded on moss’s scale of rigidity. The processed colors shouldn’t be cleaned with steam or ultrasonic cleanings.

Tourmaline has two or more colors in one piece. It is available in different colors throughout the world. The most common colors are pink, green and blue. Also, it could be colorless. It is exposed to heat or beams to improve it. These processes don’t affect the stone.
The tourmaline is found in brazil, Seri Lanka, south west of Africa, united states, Madagascar, Pakistan , and Afghanistan. It recorded 7 to 7.5 points on the scale of rigidity. Do not use ultra sonic cleansers use only soap and water.

It includes the bale blue color, the blue and the average green.

Usually, the turquoise is put in wax or glue to improve it. It is found in mines in china, México, Palestine, Iran, Nevada, and Arizona. It recorded 5 to 6 points on the scale.

It is cleaned with warm water. Avoid hot water and chemicals. Don’t use steam and ultra sonic.