You would hardly find someone who does not agree that hair plays a great role when it comes to being fashionable because guess what? It does because it is very obvious for everyone to see. Like every other thing in the world, the styles of hair keeps progressing and we get to see new flairs continuously, but we got to admit that this is quite interesting. Besides, taking care of your hair is not actually something limited to the interests of women, but it also includes men, for they have their own hairstyles as well.

Older people still believe that your hairstyle can tell a lot about your personality, but these days, it is more about trying new styles rather than choosing what expresses the character. So let us have a tour through history to see how the hair styles varied and changed from the 19th century till today.

Back in the 19th century

Starting from the nineteenth century, people used to believe that the hair look is an external manifestation of the way a person thinks that even men wore special hairstyles and they ditched the mustaches and beards, thinking that the hair is more significant to take care of. 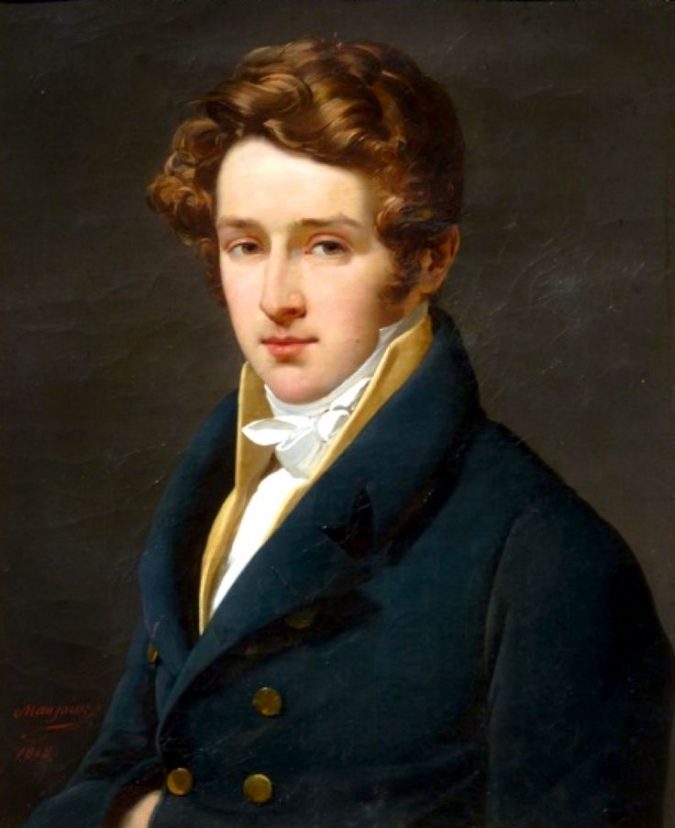 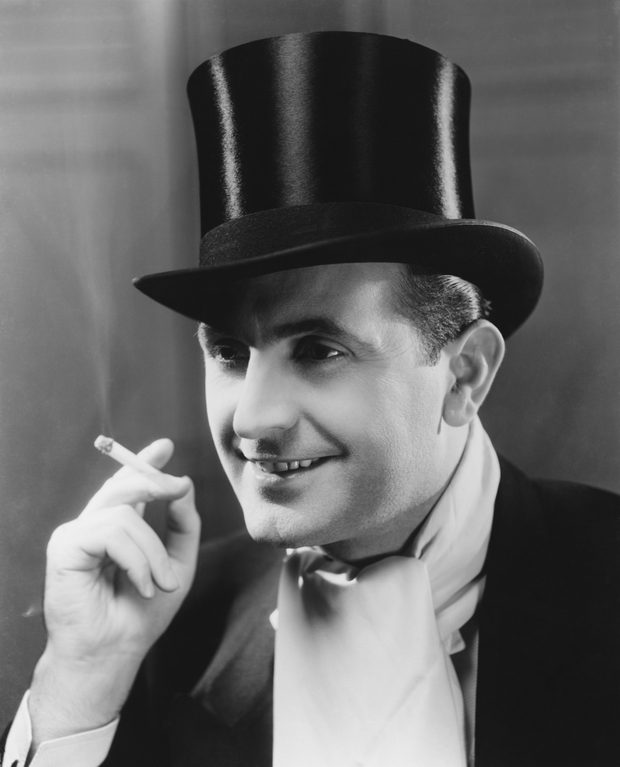 Regarding women, they actually used to curl their bangs and let them drop over their foreheads while tying up the rest of their hair at the back of the neck. A few years later, women started to wear their hair slickly pulled toward the back while the front part was separated in the center, but they also used to wear hats, so these styles were partially covered. 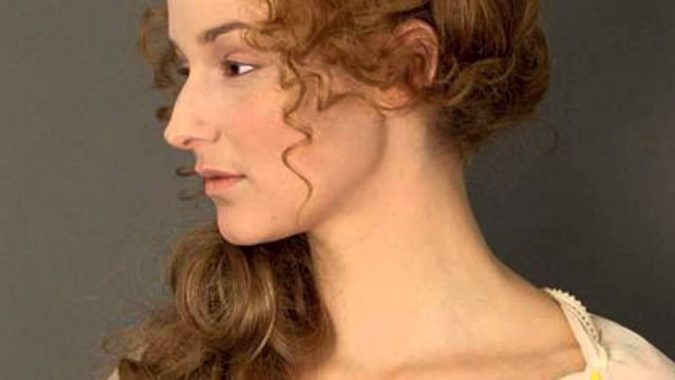 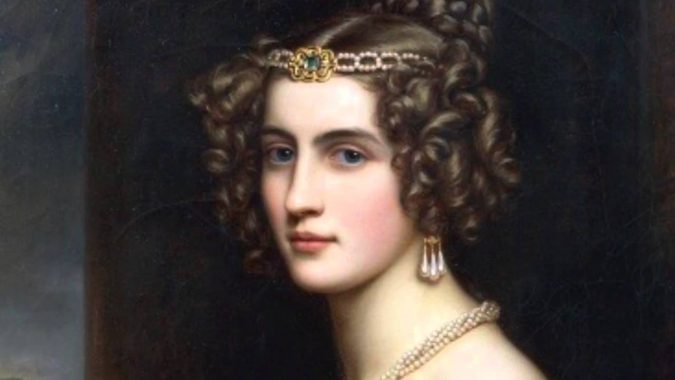 Hairstyles in the 20th Century

When the twentieth century started, the world was introduced to a lot more hairstyles, of course; it was the start of a new millennium; progression of quite everything was taking place, including the hair. For the first ten years of that century, a haircut known as the Gibson was popular among women; this style was all about wearing your hair with a high mass on the top while leaving the rest of your hair loose. That hairstyle was formerly inspired from the artist Charles Gibson, for he used to draw women wearing their hairs like that, believing that it was a symbol of femininity and attractiveness. 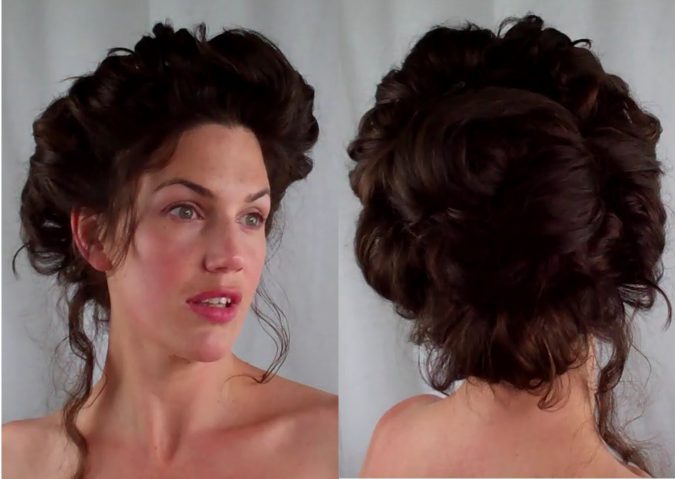 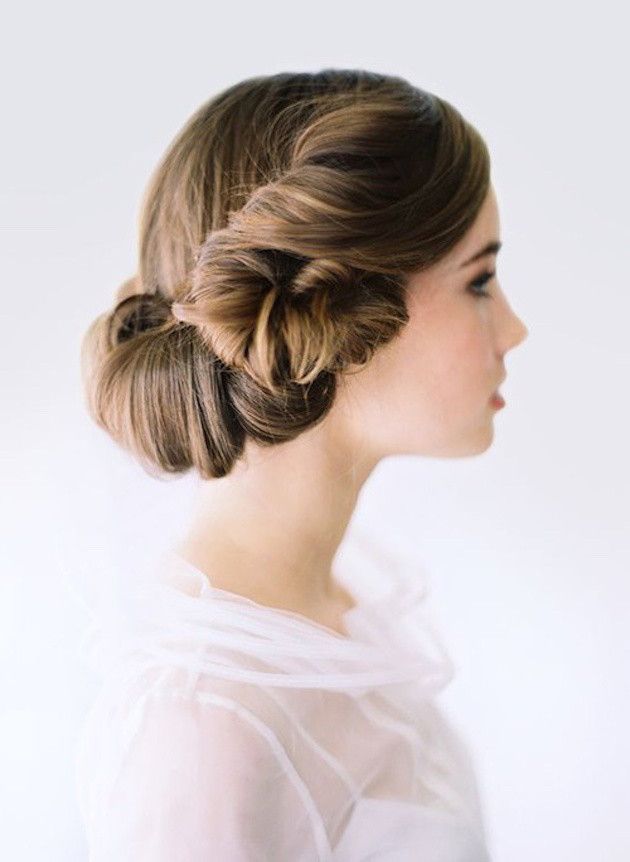 After that, the Finger Wave came into the picture and became a popular hairstyle for women, especially during the time known as the Roaring 20s. The whole appearance used to be called The Flapper and that was how they called the girls who cut their hair short to the level of their ears and made it in waves. Several celebrities were the reason for getting this look that popular by that time, including Colleen Moore and Zelda Fitzgerald. 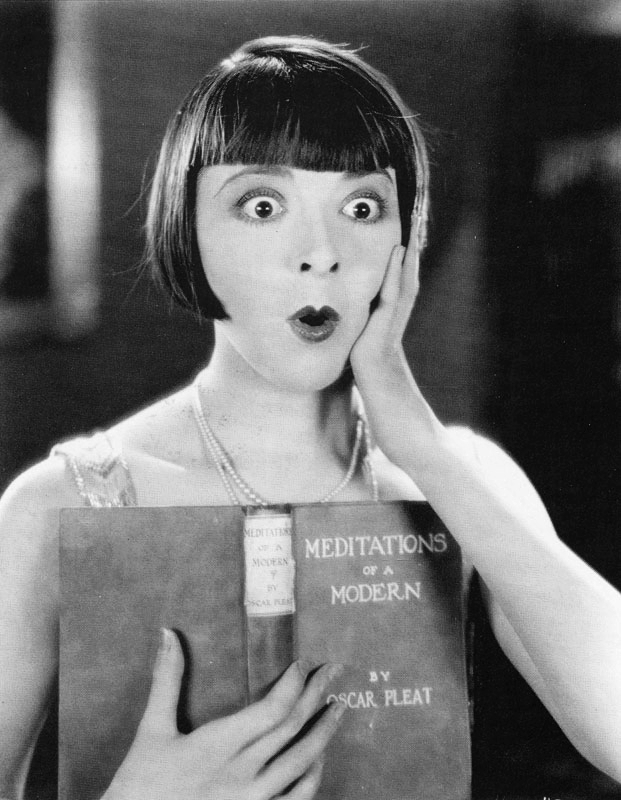 The Flapper look never lost its charm, but a few years into the 30s, the Garcon look that Coco Chanel was popular for became a trend, but it was not so long before the short waves became more popular among women, for they thought that this style was more feminine since it left few inches, making the hair look longer and softer with waves that appear flirty. 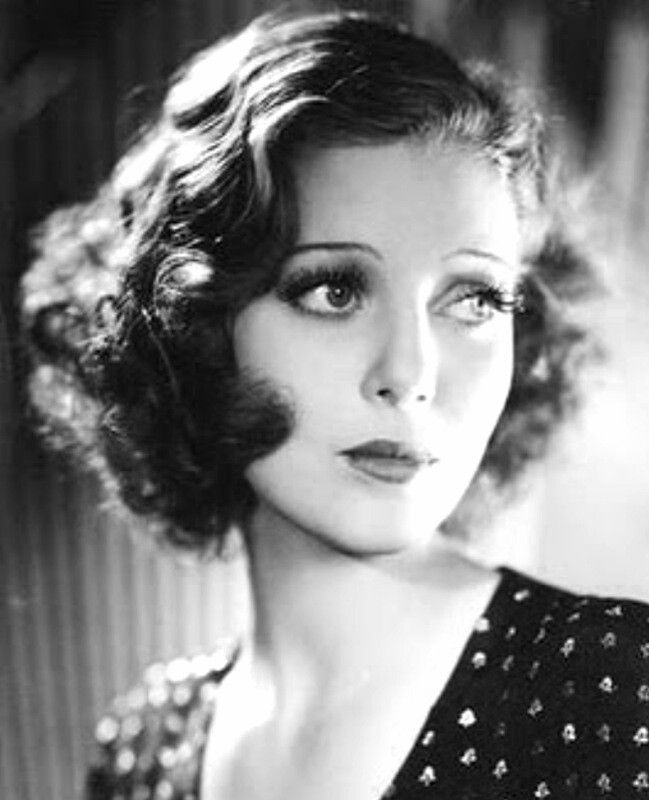 The short waves had taken their time and later, the victory rolls made an appearance and they were the most popular styles in the 40s. It was said that this style was inspired by some jets that were used in the Second World War, for those jets made rolls of clouds in the sky when they passed by. It was quite interesting that despite all the wars that were going on by that time, women still figured out ways to make themselves beautiful and pretty. 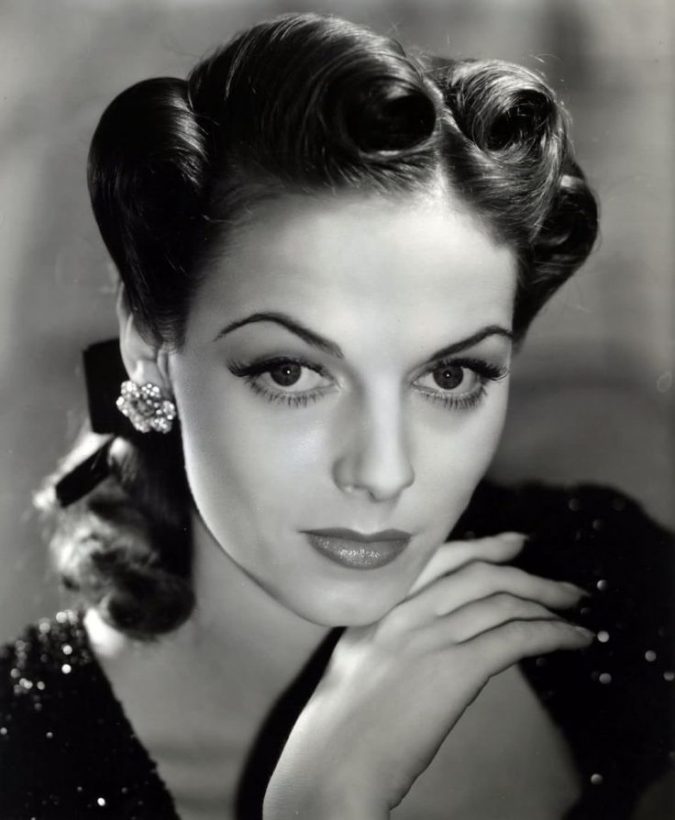 The 50s were the blues of Elvis Presley and Marilyn Monroe, so figures like them surely had influenced people with their exceptional hairstyles. For men, the pompadour was the most popular hairstyle among them by that time; the style was easily made by brushing the hair against both sides while the center top part pulled back on itself, creating a nice volume. 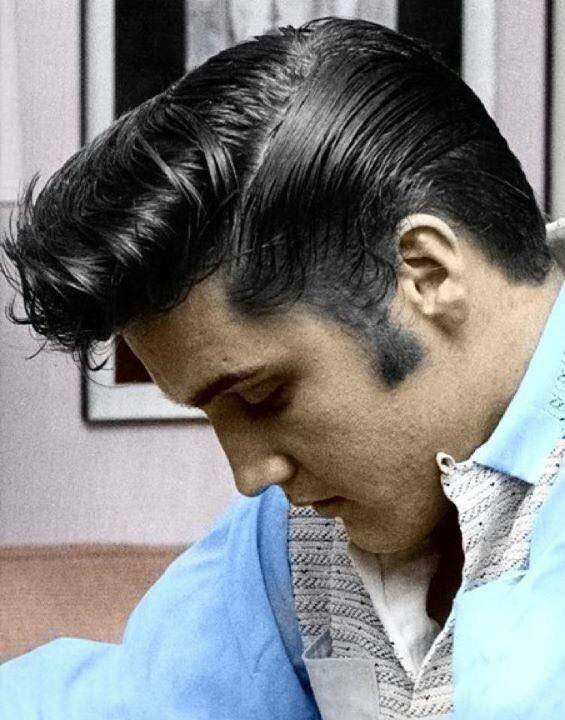 Well, since bobby pins and hairsprays became widely used by that time, styling women’s hair became more and more interesting than ever. The perfectly coiffed hair was the trend of the 50s among women and it included curled bangs and soft rolls. This style became popular, for it was usually worn by the stars of that time; Marilyn Monroe, and Audrey Hepburn; names that prove how elegance this hairstyle is without even seeing it. Besides, Audrey Hepburn was also popular for the Pixie haircut; a style according to which the hair was cut extremely short with bangs that were even shorter. In point of fact, those were not the only styles that the 50s had in store, but there were also the Ducktail; a hairstyle where there are some long hairs left around the neck while the center top was left hanging as if confused, not knowing where to go. It looked a little bit ridiculous, but it was the trend of that time. 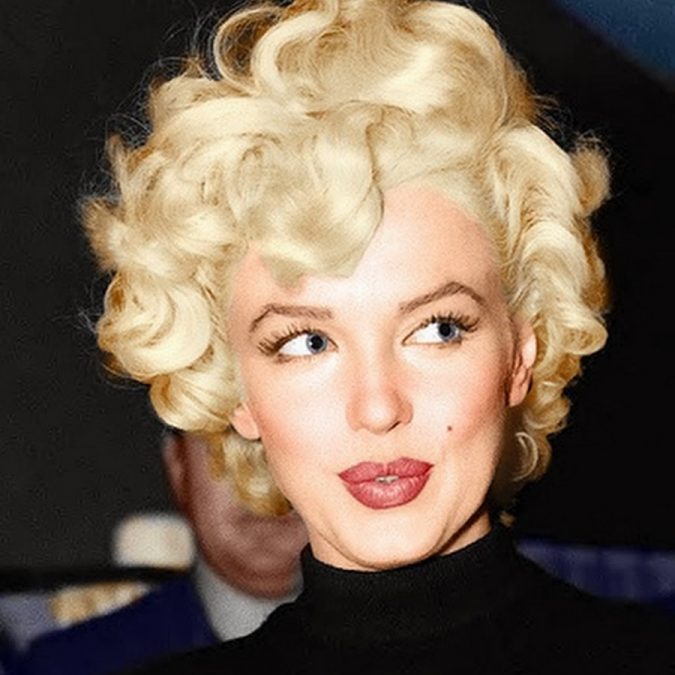 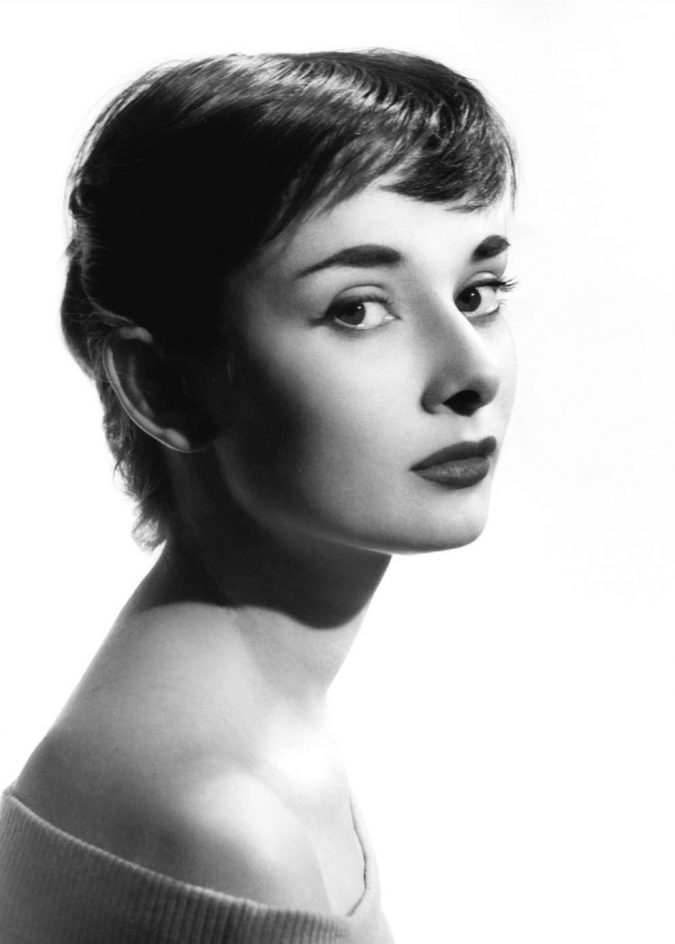 At the end of the 50s and all the way through the 60s, the Beehives were everywhere to be seen; not only because it was worn by almost everyone, but it was also big enough to be obvious. Since the 60’s had started, women began wearing their hairs up in a big roof-like and sticking them up with a lot of hairsprays; Beehive was the name of that style, but in the US, it was commonly known as the B-52. The Beehive was not the only huge hairstyle that was out there, but the Bouffant was there too; it was a style by which the hair was puffed up and backcombed while dropping short bangs. 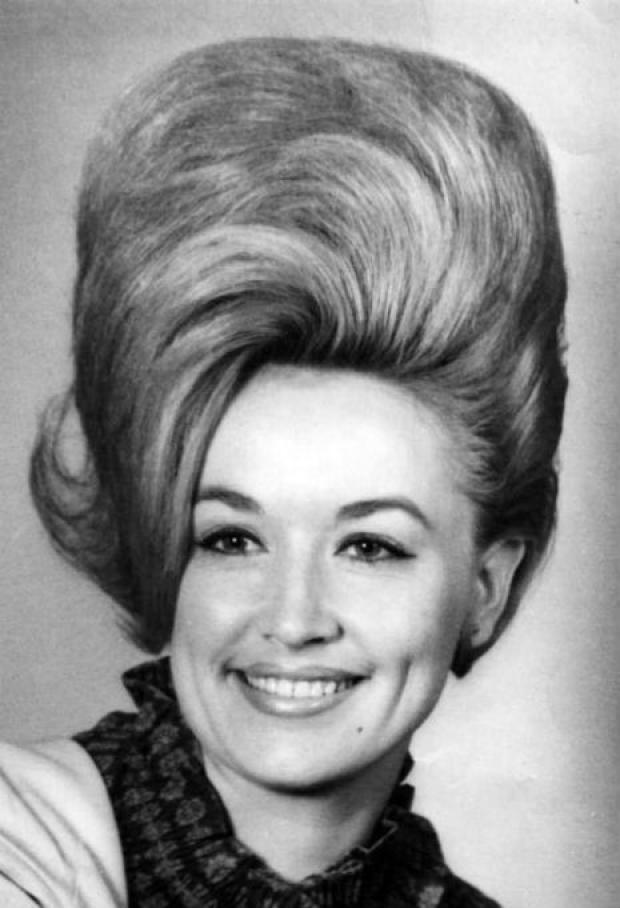 For men, it might have been the last time they kept their hairs short and the most popular haircut for that decade was the Shag; this one did not have a real style, it was having your hair short and let it grow out in a mess. The Beatles were the one who made that haircut widespread. 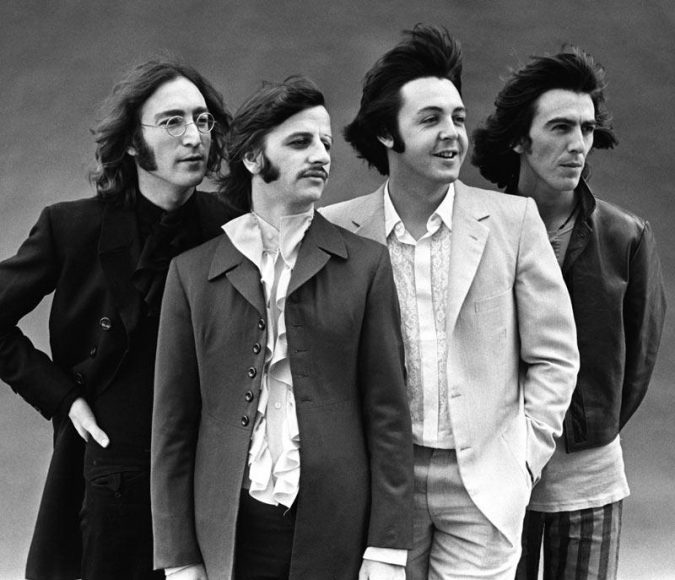 The 70s were actually the start of a lot of hairstyle trends. Afro, Corn Rows, Dreadlocks, Feathered Flip or the Farah-do, Jheri Curl, and the Devilock were all hairstyles that trended in the 70’s and some of them actually made their ways to the 80’s too. Starting with the Afro, it is actually still known for people nowadays; it is more common among the African-Americans, but it was also worn by other groups, especially, those who possess extremely curly hair, for the style requires the hair to be brushed out in order to create a crown-like hair over the head. One more style that was popular among the African-Americans at that time was the Corn Rows; a flair where every hair strand was braided securely and firmly to the scalp, starting from the front and working all the way to the back of the head.
Seemingly, the 70’s belonged to the African-Americans, for the Dreadlocks and the Jheri Curl were also more styles that were worn by them and they stayed for a few decades after that. The Dreadlock style involves dividing the hair up into locks; it became popular right at the time when reggae music had invaded the United States and it was worn by a lot of celebrities; the most famous of all of them was Bob Marley. On the other hand, the Jheri Curl style was worn by those who would afford the products that were used for creating it; to create such style, you would need to let your hair sit relaxed then frizz it up in an oily looking curls. 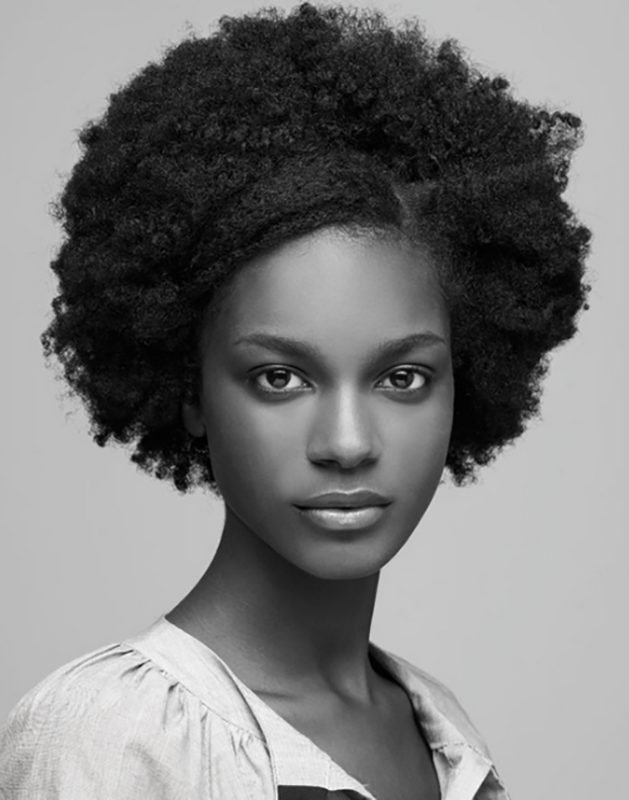 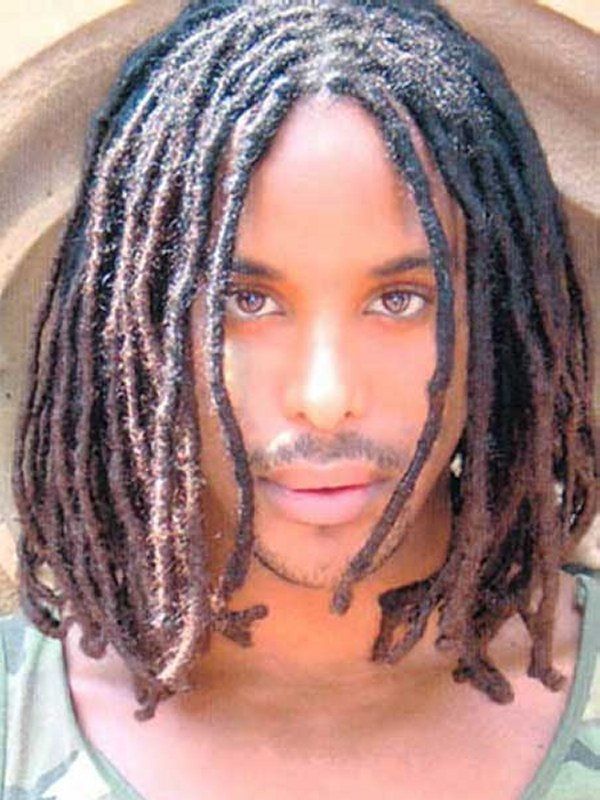 Farrah Fawcett was an actress that starred in the 70’s; she was the one who made the Feathered Flip trend by that time and that was why it was also known as the Farrah-do, right after her name. In this style, you would divide your hair, letting it softly flow. Conversely, the Devilock was a style that kind of represented a rebellion look and it was made popular by the band Misfits. This style was all about brushing your hair forward and leaving it pointed. 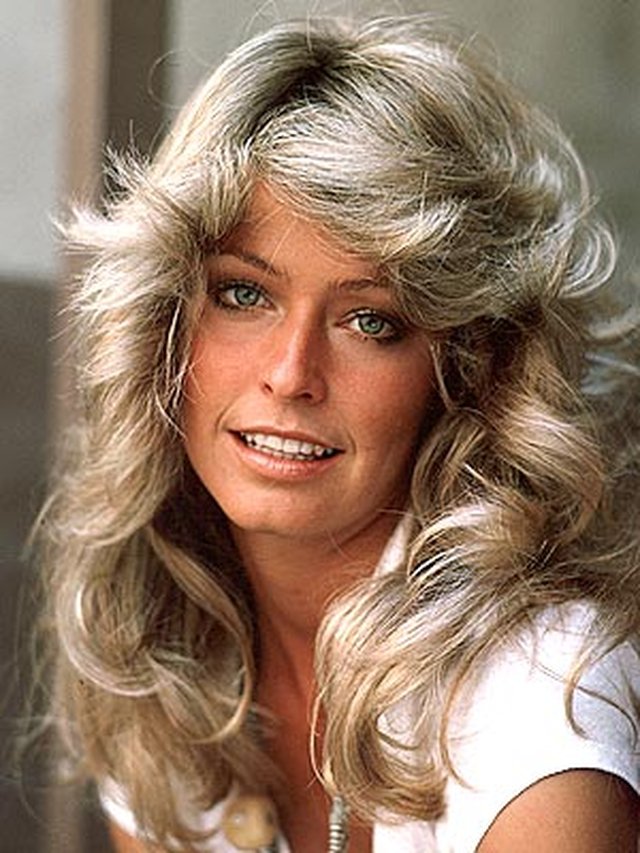 The 80s and the 90s shared several hairstyles including the Perm; a style where women, and sometimes men, would perm their hairs out and apply as much hairspray as needed to keep them in place. The Bowl Cut was also another trending style that made who wears it looks as if wearing a bowl on his head while the Hi-Top Fade was a style that makes your hair look like the little eraser placed on the top of a pencil; it was popularized by Will Smith.
Women in the 90’s were so obsessed with The Rachel haircut; a hairstyle that was copied after Jennifer Aniston wore it in F.R.I.E.N.D.S and that was why it was named after her character’s name in the TV show. 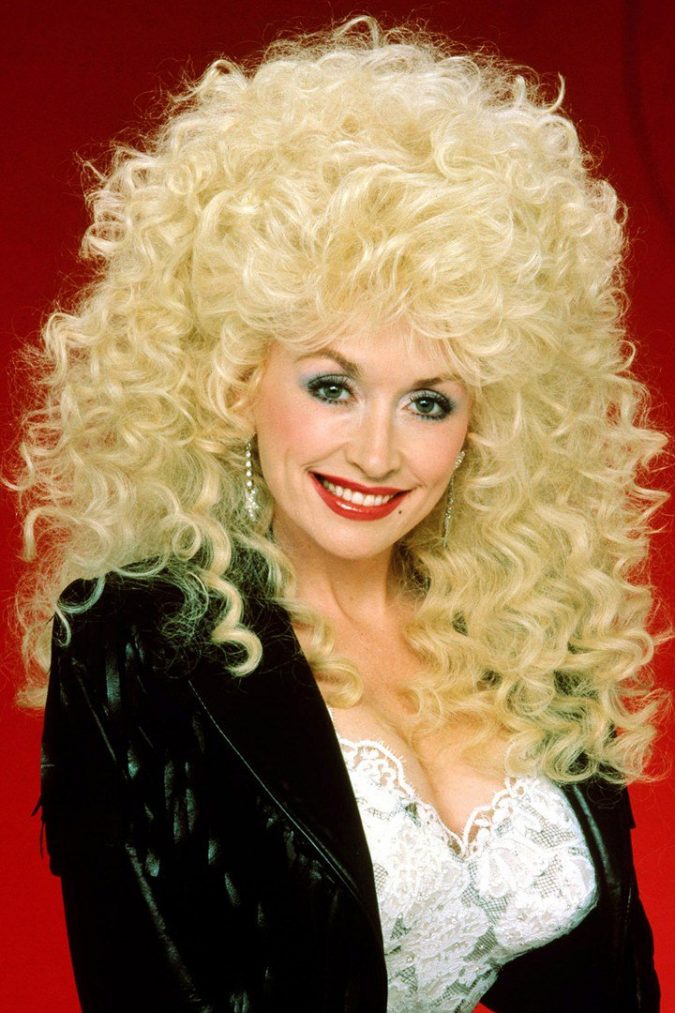 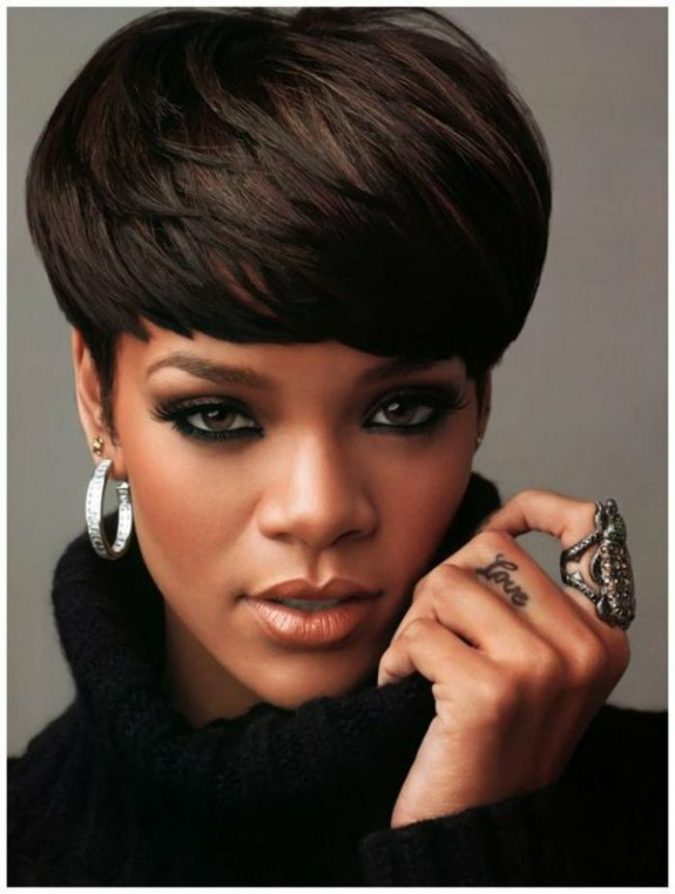 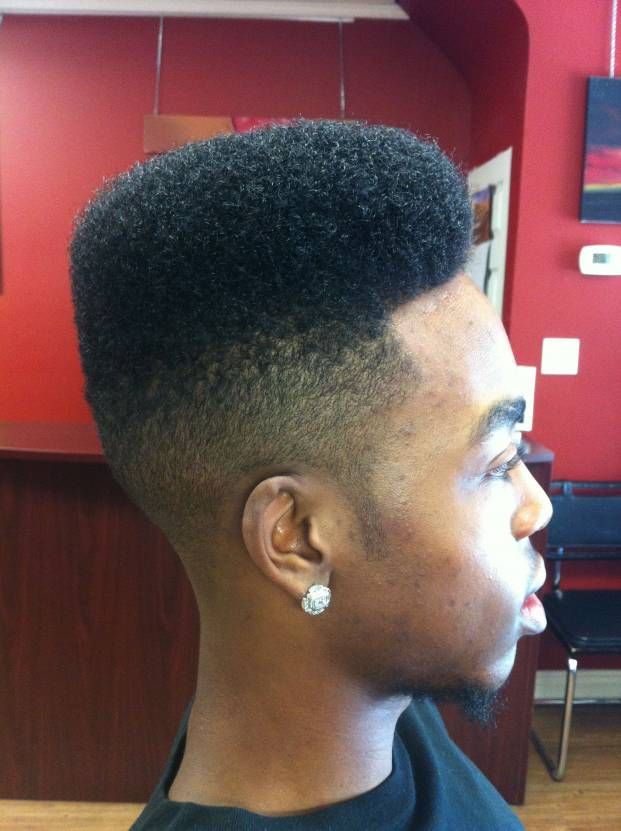 Hairstyles in the third millennium

The 2000s was not only the start of a new millennium, but also the jolt of a lot of new styles for both men and women, including the Fauxhawk; a style that was trending after David Beckham wore it; the Emo; a flair that gave a complicated look for representing the dark and complicated feelings piled up inside of you; the Multi-colored hairstyles and no illustration needed here; they are styles that include coloring your hair, giving it a new glowing appearance.
Ten years into the 21st century, almost all of the styles became popular and trendy starting from the long layered hair to the super short ones that are quite similar to the Pixie Cuts that were popular back in the 50s. 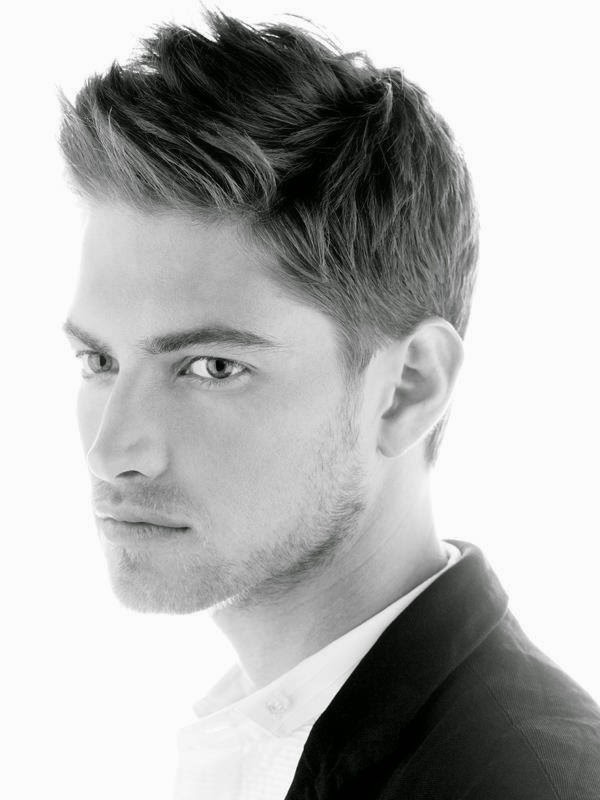 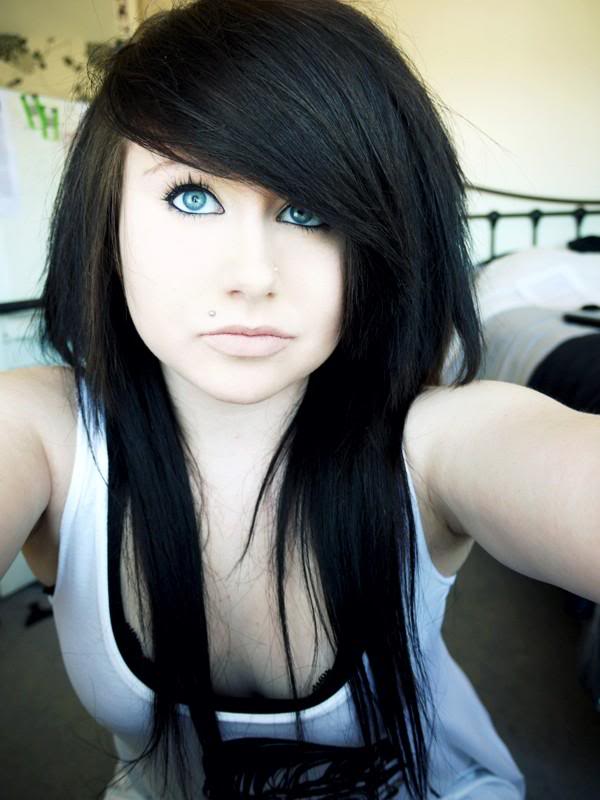 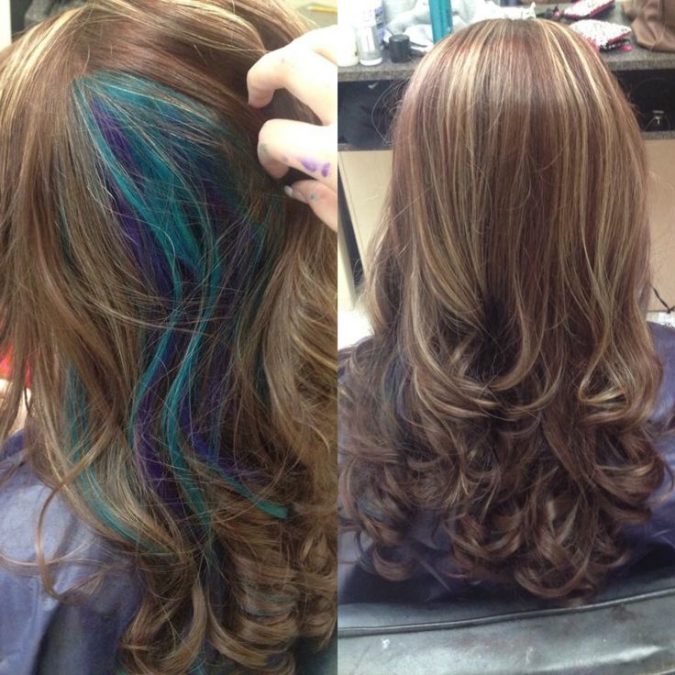 No wonder our homes have recently become so laden with all of those hair products, straightening tools and curlers in order for us to create different styles and trends. You can now wear almost all of the hairstyles without feeling like you are out of style, for you will always be on point.