Global investment firms are always on the lookout for new and emerging markets to expand their business interests. And for a number of understandable reasons, pouring their investments into developing countries – that exhibit the right mix of economic growth indicators – fits their equation almost perfectly. Being an essential part of the Chinese Belt and Road Initiative – a trade route that will connect 152 countries via road and sea – Pakistan and its real estate sector hold tremendous potential for foreign investors. This is not a secret anymore, and this development will significantly influence investor discourse in the coming months and years (if not decades).

A Look at the Growth Indicators for Pakistan

According to Trading Economics, a global firm that provides historical economic data for 196 countries, foreign direct investment (FDI) in Pakistan has increased by 80.78% since 2012. The FDI recorded in 2018 stood at USD 3794.7. The projected numbers for 2019 also appear promising. The China-Pakistan Economic Corridor (CPEC), a megaproject closely related to the Road and Belt Initiative, has further succeeded in making the world all the more interested in Pakistan.

Now some sources have opined that foreign investors, due to the unfolding South Asian political situation (where Chinese interests may be seen to clash with global interests), may perhaps be inclined to restricting their investments in CPEC-related projects. This, fortunately, and as investment trends indicate, is not the case. 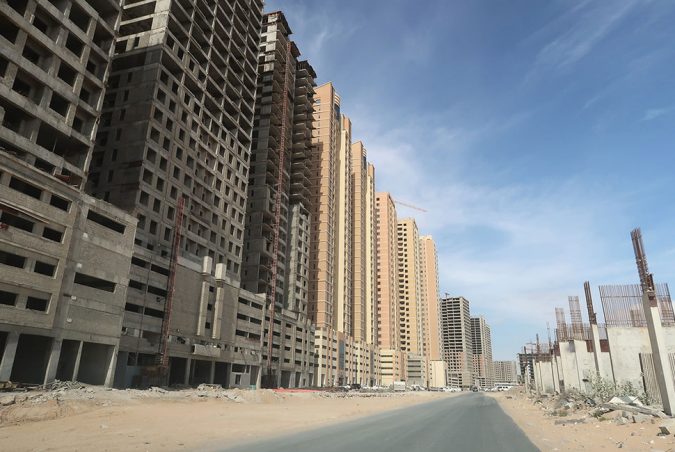 If you chance to look at the local business news coverage in Pakistan, CPEC is not just about China becoming the only key player in the region. Pakistan and China have agreed to bring in more stakeholders for this corridor. According to official Pakistani sources, 51 countries have so far expressed their interest in joining the project. The more prominent of these regional players include Russia, Turkey, Malaysia, Qatar, Saudi Arabia, Iran, Qatar, France, the United Arab Emirates, and Azerbaijan.

Many of these countries have also identified several prospects of investing in other sectors of the Pakistani economy – including oil, gas and mineral exploration. According to a recent report shared by the State Bank of Pakistan, the chemical industry and construction sector were ranked second and third, respectively, in terms of attracting the most FDI in 2018.

According to a report shared by the BBC, the money China plans to pour into Pakistan is nearly twice the amount of all FDI Pakistan received since 2008. This investment will be channeled under various phases. In the meanwhile, the FDI attained from other sources continues to find its way in one or another sector of the economy. 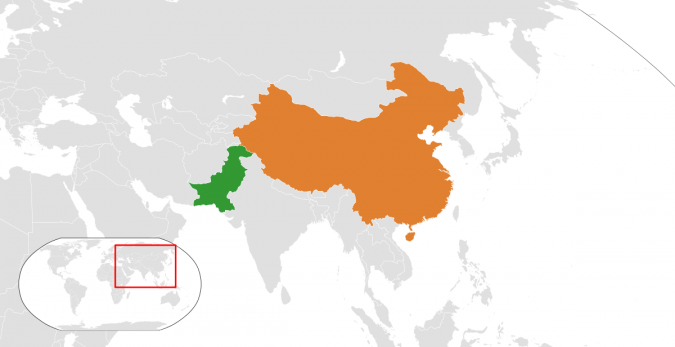 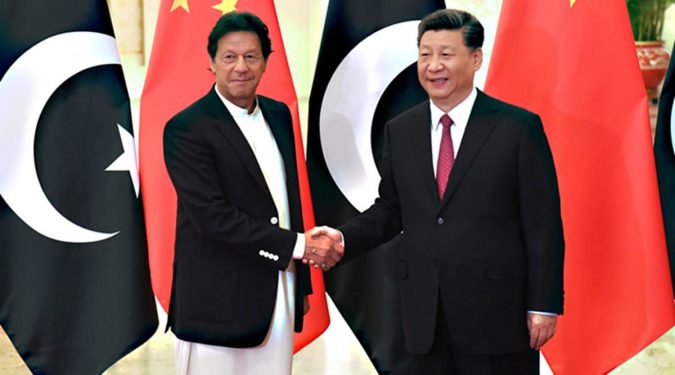 While CPEC-related developments are expected to have a huge impact on almost all sectors in the country, some will still operate independently. For instance the tourism sector, the construction business, and the IT industry. Many Pakistani analysts agree that CPEC has helped foreign investors identify various other untapped sectors to explore. Pakistan’s property sector in particular, with its USD 7 billion worth profile, can serve as a veritable goldmine for investors – if they learned how to go about investing here and scoring big returns (ROIs).

Since CPEC calls for the development of mega infrastructure projects, including road networks, railway tracks, and special economic zones, it will directly affect the demand and value of the real estate in Pakistan. But in terms of the price appreciation expected from these developments, the country’s property sector is yet to experience its promised boom. 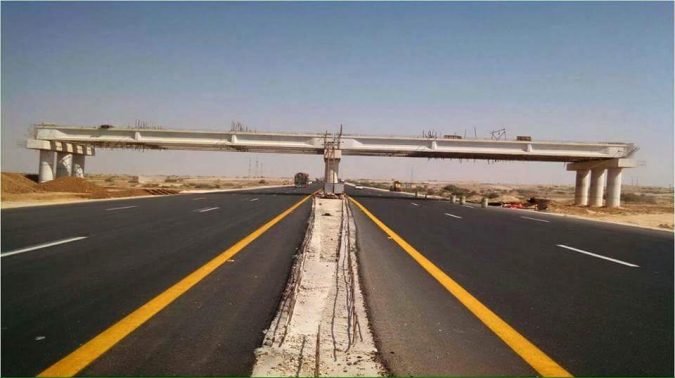 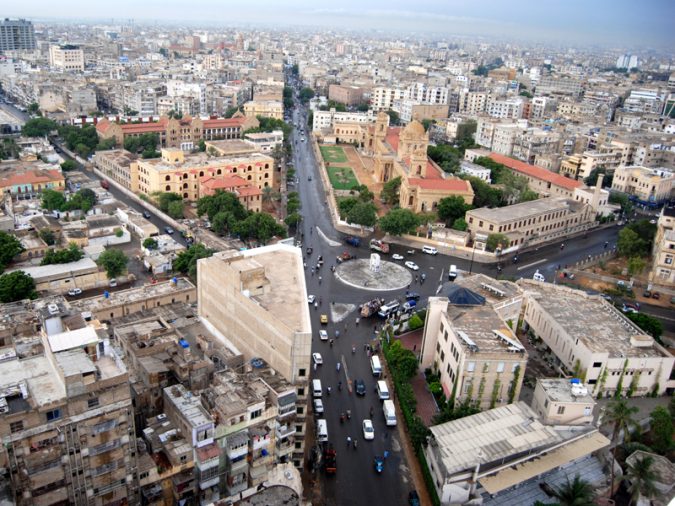 To become good at property speculation in Pakistan (or mostly anywhere else in the world), you should first know that there is no ‘rocket science’ to it. You simply have to closely follow all related developments that pertain to the sector – with an eye out for historical trends and the emergence of revealing patterns.

Online property portals that nowadays operate extensively in Pakistan, such as prop.pk, can also offer you the required insights that you may seek on this front. During the last decade, the country has seen a profound transferal of the traditional real estate market to the online medium – making the speculation endeavor even easier. 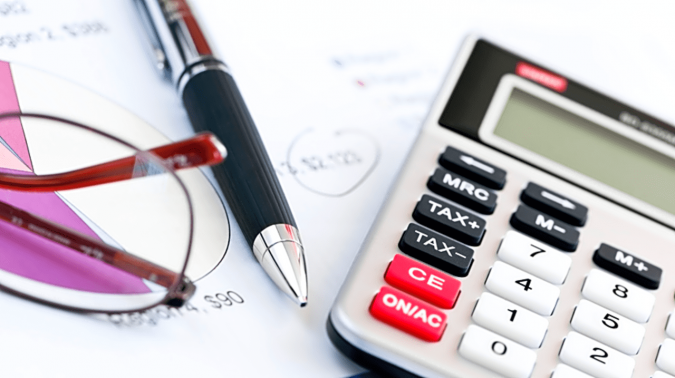 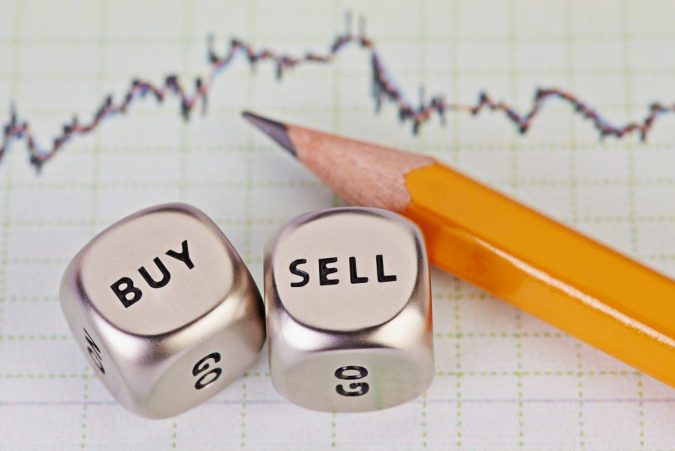 The applicability of this rule is universal: the addition of infrastructure development projects makes any neighborhood more valuable. And if you get a little late in making a property buying decision, your ROI can diminish substantially. In Pakistan, luckily, you can avoid becoming trapped in this scenario, because the government releases details of all development projects in the pipeline. Sometimes, it may have different priorities to pursue in terms of its developments, but as soon as it allocates the funds, this can safely be taken as a sign that the ground development work is about to begin.

If you don’t ever wish to miss any such investment opportunity, do keep a tab on what infrastructure projects are on the government’s priority list. Some property investors don’t mind waiting a little longer than the rest to see their real estate investments grow. They are also usually the absolute gainers because they identify such areas and neighborhoods long before others even so much as get a hint of them. Pakistan is blessed with fantastic topography and some of the world’s best tourist sites. Since the Government of Pakistan is looking to expand and promote its tourism sector, several new towns and cities are ready to see an additional transformation in terms of their existing infrastructure.

When you decide to jot down your investment plans for Pakistan and its property sector, do note that the country, at present, is short of international standard motels and guesthouses. 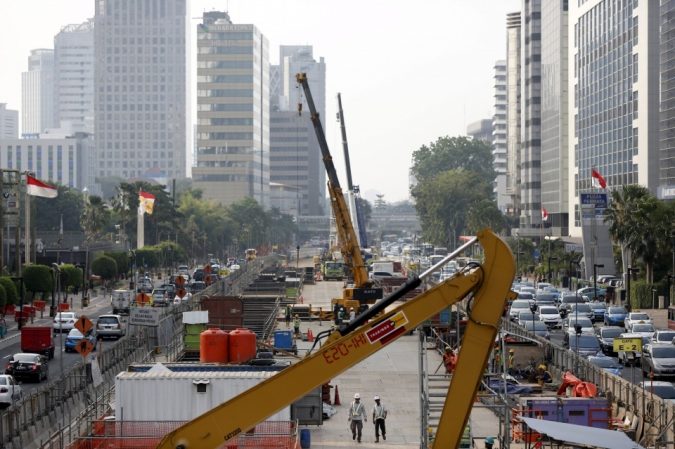 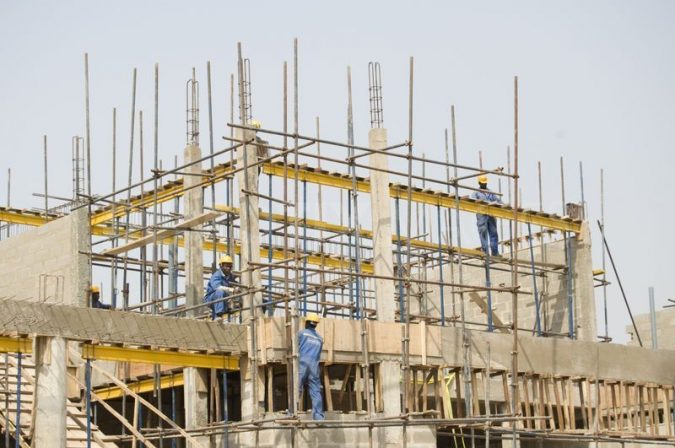 Being on the government’s side: a profitable prescription

Most investors already understand the merit in this prescription. This is why investment volume in countries is usually seen to increase when any political party – considered inclined to an investor-friendly agenda – comes to power. And generally, investors looking to conduct successful business under the reign of a particular political party generally try to base their decisions in line with their policies.

The current Pakistan Tehreek-e-Insaf-led government has come with its own agenda. It intends to address major public concerns, including the country’s housing crisis. Pakistan is short of over 12 million houses, and the gap is widening by the day. Revealingly, Prime Minister Imran Khan announced to construct 5 million houses during his elections campaign in 2018. This promise, for the most part, has been well-kept. The government is close to launching its flagship low-cost housing project named the ‘Naya Pakistan Housing Programme’ (NPHP); a USD 42.34 billion initiative. Many international constructions are aware of the fact that the government requires foreign investments to complete this project.

The Government of Pakistan is also looking to bring foreign investors on board for NPHP. And many international firms, hailing from China, Egypt, the UAE, and Qatar, have shown interest in participating. The international experts from other countries should note that the emerging construction sector of Pakistan is yet to see the introduction of several new infrastructural concepts. These will essentially follow adherence to a functional design and construction approach, as well as the use of new construction technologies, modern construction materials, and assembly techniques.

As an investor, if you can avail the opportunities provided by the NPHP, your business could very well be one of the first to make a sizeable investment in Pakistan’s growing construction and property sector. 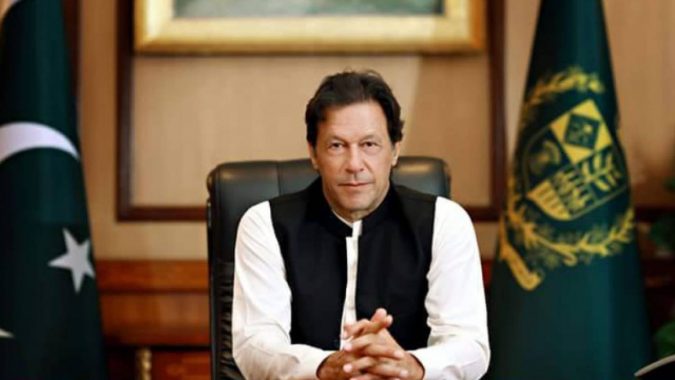 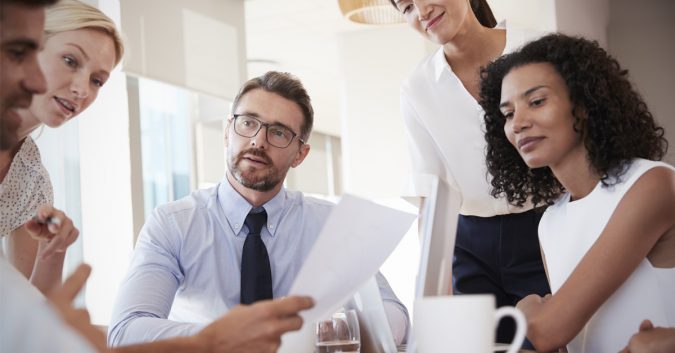 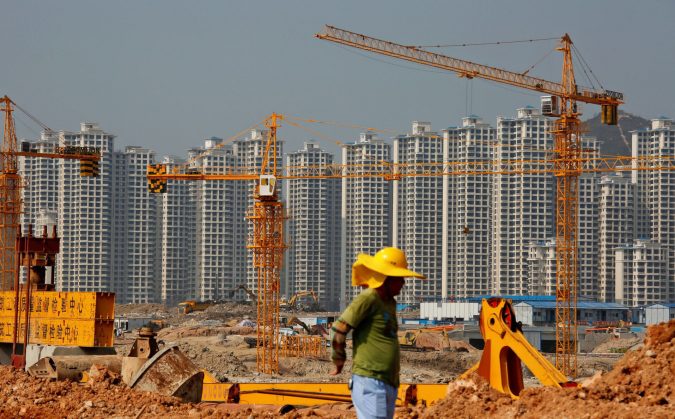 The government of Pakistan is expected to set up nine Special Economic Zones (SEZs) in the next three years. These zones will be located in all provinces, as well as the Pakistan-administered states. One of the major perks of setting up your business in one of these SEZs will come in the form of a one-time exemption from custom duties and taxes. This amnesty will apply to all kinds of goods you intend to import to Pakistan. As announced by the Pakistan Board of Revenue, the businesses set up in these SEZs will also get a tax exemption for 10 years.

These zones, as communicated by the government, include the: 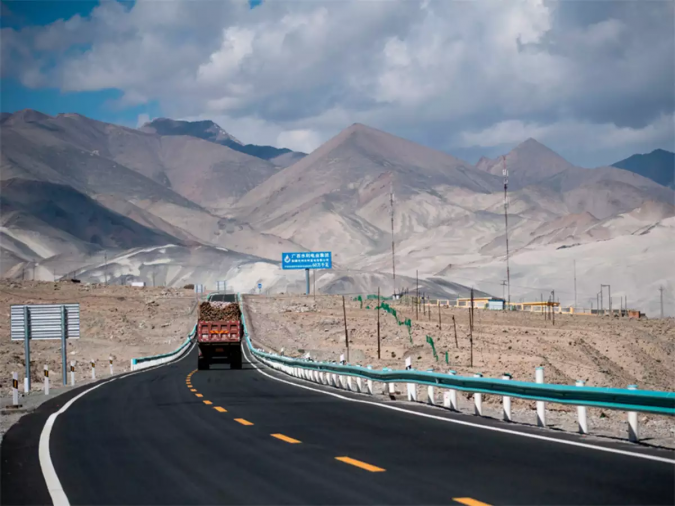 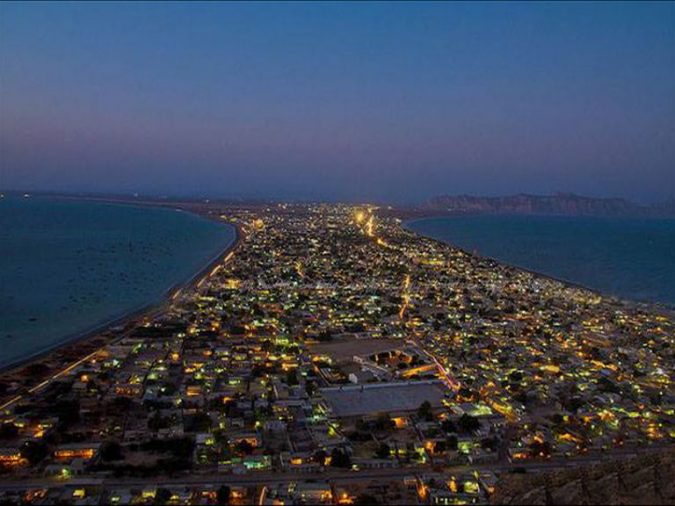 For the first time in Pakistan, efforts to bring back illegally stacked offshore assets are being implemented at the federal government level. This situation has ushered in hope for setting up a transparent rule of law for all citizens. This focus on ensuring accountability alone can work wonders – as many local pundits have at length deliberated. And the bulk of the Pakistani populace is fully on track for these proposals – an eager advocate for the rule of law to prevail.

The world, too, now sees Pakistan as a country ready to take off. Smart investors only need to ensure that they claim their share in the country’s promising future – before the proverbial train escapes their reach. 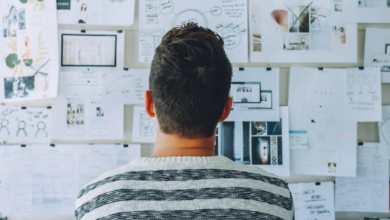 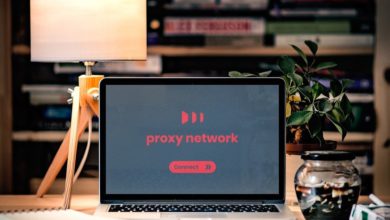 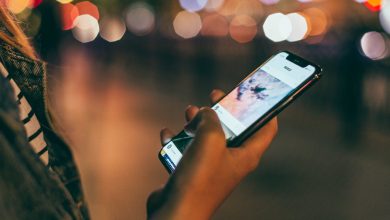 5 Apps to Help You Save Money on Your Next Trip 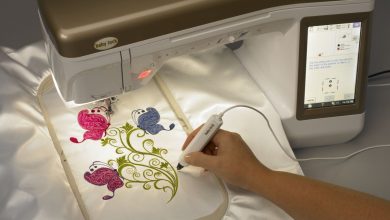 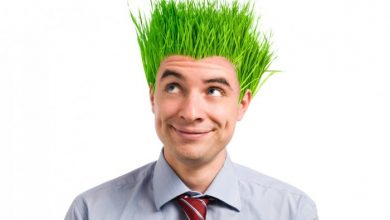 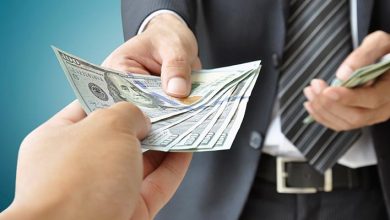 4 Best Ways of Funding My Business