We all know that a VPS is a virtual server installed into a real one and given specific resources like space, processor, RAM and so on.

Many of us also know that many companies use the OpenVZ system and that the owners of these servers face lots of problems including e.g. inability to control all the kernel modules which causes, among others, the CSF and the FTP Server problems.

– Not having enough memory for the server, which happens even if the RAM was 4 or more GB. The reason behind this is the lack of Swap memory or what is commonly known as “Virtual Memory”. It’s of great importance for personal computers, real servers and VPS servers. Those who study operating systems or maintenance value it best; and also those who have practical issues with this.

– Another RAM problem occurs when the host has an 8 GB  RAM but actually distributes 10 or even 15 VPS’s. Every client is supposed to have 1 or 2 GB. but the host assumes that each client would only use less than a GB. Thus he uses a sales principle known as “over selling”. This problem has an obvious moral side to it, being a matter of deception. Most clients when buying the service assume that they have certain RAM capabilities with no one to share it with.

All the mentioned problems were results of the OpenVZ division system which is the free version of the Virtuozzo system. They may also occur in other systems. There are many distribution systems other than Virtuozzo; like KVM, Hyper-v, Xen, VmWare .. etc.

My advice to those thinking about buying a VPS is either to agree on a high transfer rate with the host if sharing a server, or to buy a whole one. I have witnessed many problems with the VPS companies because of distribution even if the company itself is a powerful one with a capable server manager.

All these problems and others have gone to oblivion after issuing of the XenServer by Citrix which is a leading company in the field of virtual servers. It has helped Microsoft in issuing their Hyper-V and Remote App. The XenServer system is totally free and licensed by EULA.

It is basically a Linux-based system. The Xen Kernel could be installed with any Linux system:
Ubuntu, OpenSuse, Fedora or Centos. Yet, the full package created by Citrix has its privileges specially not having any consistency problems.

These are some of its most important features:

1- Solving the RAM over-selling problem. The RAM of a certain server can never be shared with another.

2- Having swap memory which takes space on the hard disc functioning as memory in case the basic memory is full or busy. This is very useful as it releases pressure off the basic memory and prevents service cuts and failures in other systems. You can assign as much space for the swap memory but it best be twice as the RAM.

3- Strong control over the kernel modules and the ability to increase them which means more consistency with programs and less problems.

5- Full control of the hard disc and any devices installed to the computer, ability to divide the server as if it is a real one and a solution to the Qouta account problem.

6- The Ability to set the connection speed of every single VPS.

And still more and more….

Does all this deny the power and speed of OpenVZ?

OpenVZ remains one of the strongest systems. Nevertheless, its usage varies according to requirements of the job and the dividing style that the system manager uses.

Lots of managers even use different dividing styles into the same company which is very normal taking into consideration the features of every single system.

9 Tips to Help You Find a VPS Hosting Company 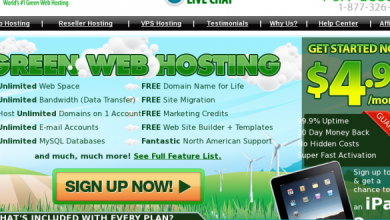 Top 10 Reasons Why GreenGeeks is the Best Green Hosting Company