Cheetah is biologically classified as a large feline or as it is commonly and informally known “big cat”. It lives in Africa and some areas in Iran. It is widely known as the fastest animal in the whole world since it has the ability to run faster than any animal on earth. The speed of cheetah can reach up to 120 km/h (75 miles per hour) and it is capable of accelerating from 0 to 100 km/h (62 miles per hour) in just 3 seconds. One of the most noteworthy and distinctive features that make cheetah unique is that it has semi-retractable claws. The main reason behind making cheetah fast is its anatomy which differs from other animals making it run faster than them and more able to chase its prey. Most of the cheetah’s cubs do not stay alive for a long time since they are attacked and killed by large predators. The number of dead cubs differs from one area to another as the rate of mortality among cubs may reach up to 90% and there are other areas in which the mortality rate ranges from 50% to 75%. 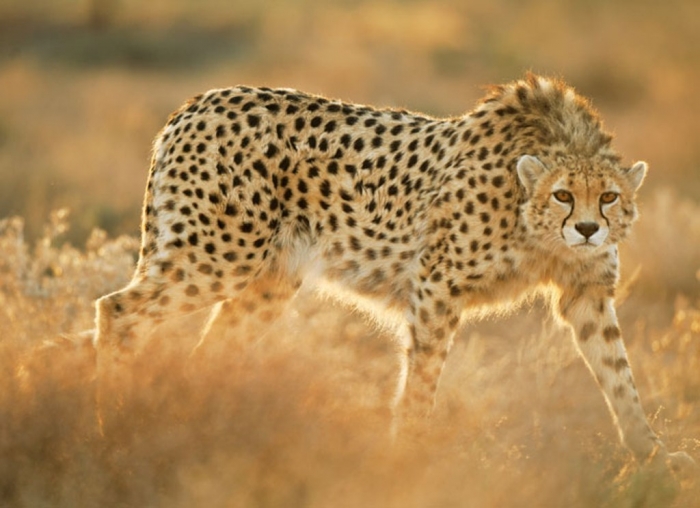 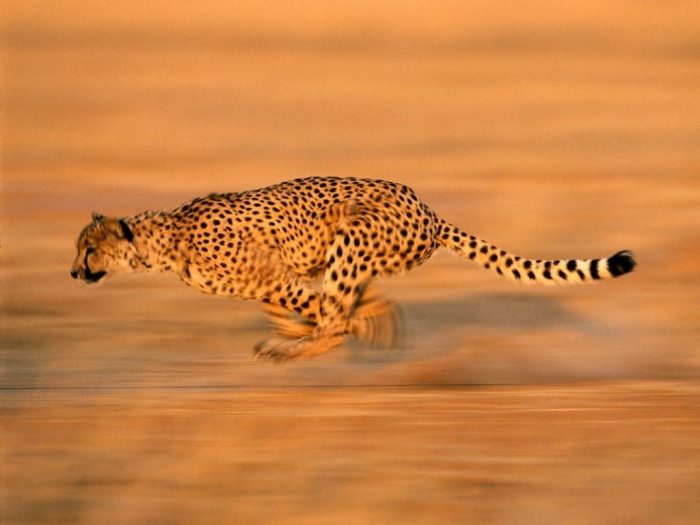 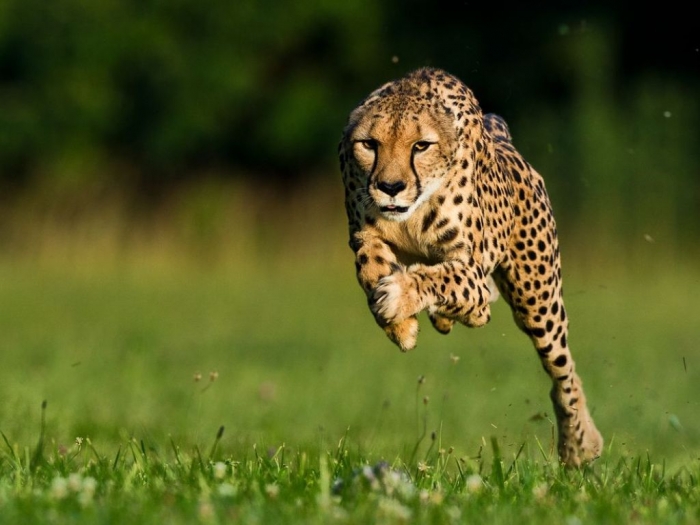 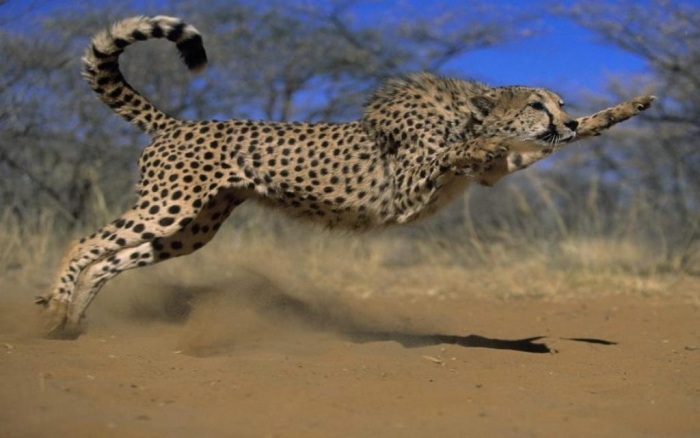 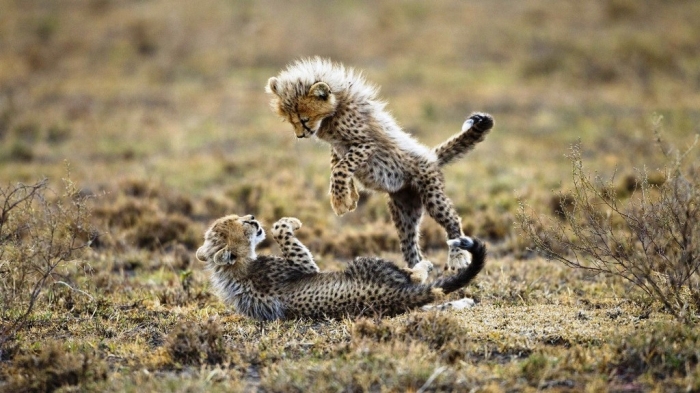 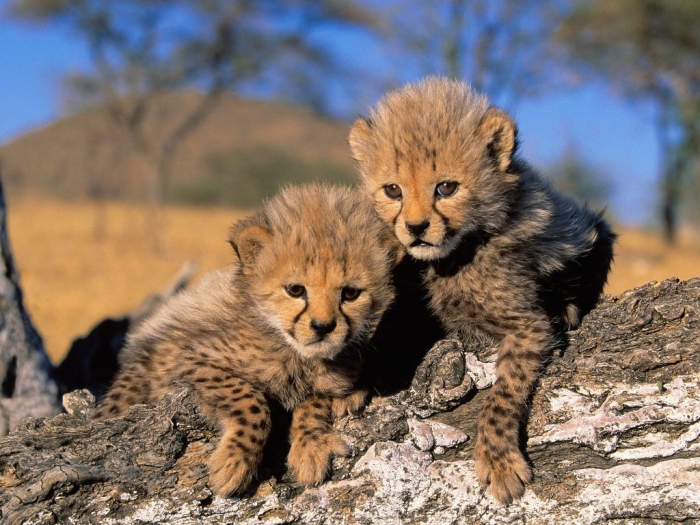 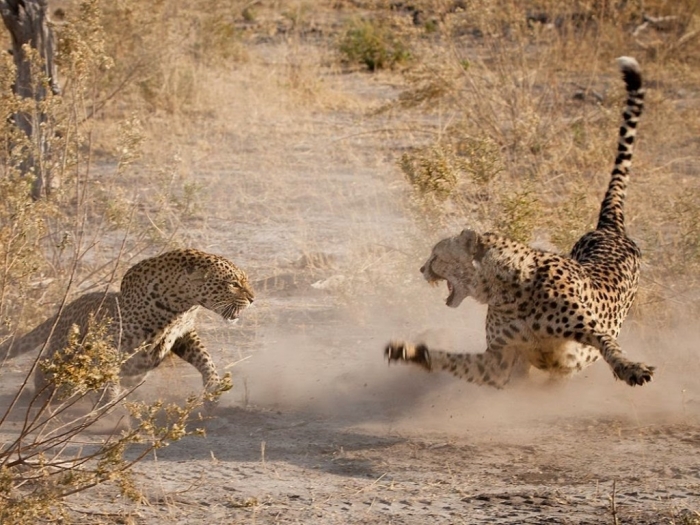 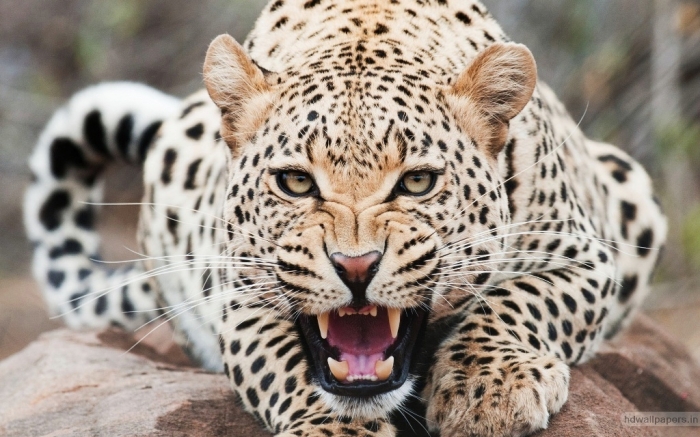 Although cheetah is the best among animals in terms of its speed and running fast to chase its prey, it is unable to defend itself since it is not equipped to defeat its enemies especially those large predators and the only weapon that is used for escaping from those predators and staying alive is its speed which is the highest among other animals on earth.

♦ Is cheetah going to be extinct & disappear from our life? 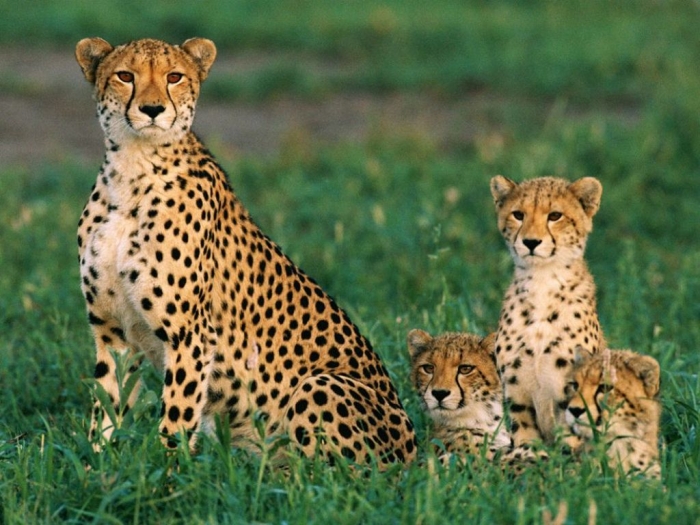 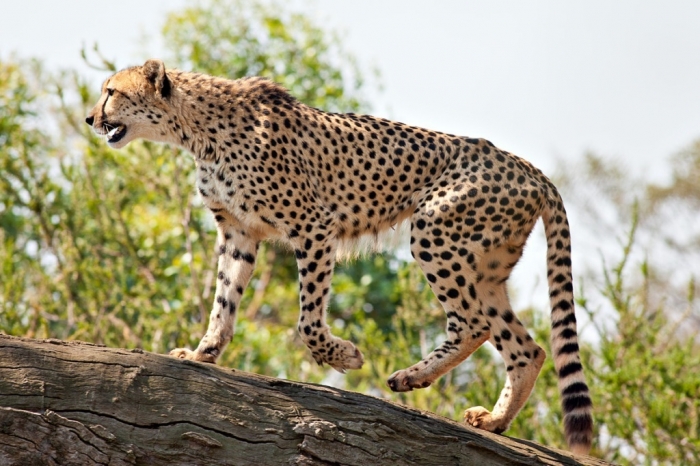 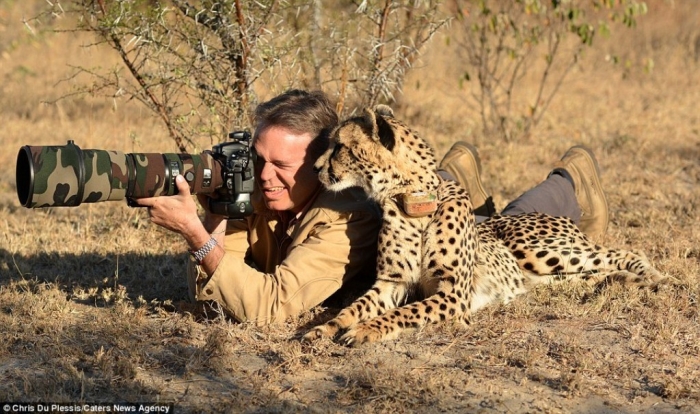 There many reasons that make animals and different species extinct such as overhunting and the changing conditions of the weather in different area around the world, but for cheetah it is completely different. Cheetah is classified as vulnerable since it cannot protect itself or babies. Cheetah cannot defend itself against other predators especially the large ones and cannot protect its cubs from being eaten by different predators and this leads to decreasing the number of cheetah and threatening it to become extinct like other animals which disappeared from our world. Decreasing the number of cheetah is also caused by human persecution.

♦ Where does cheetah live? 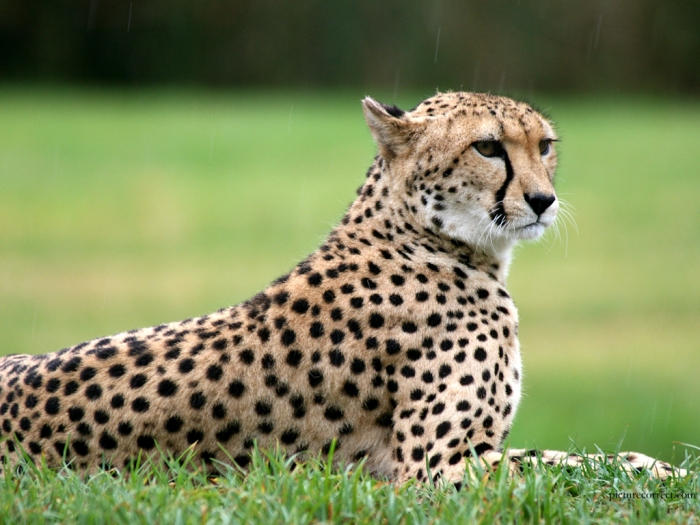 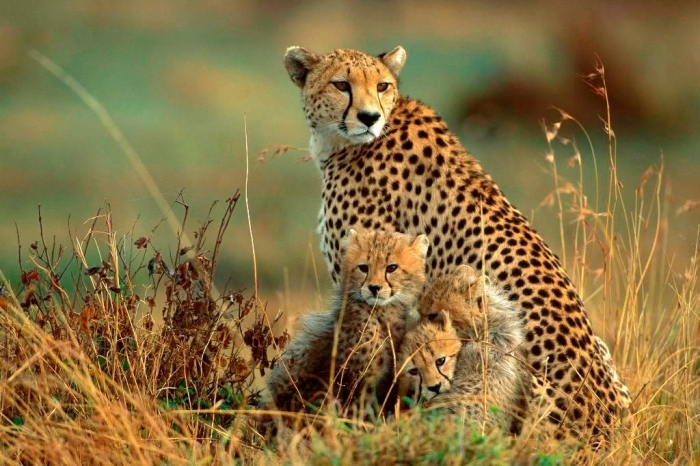 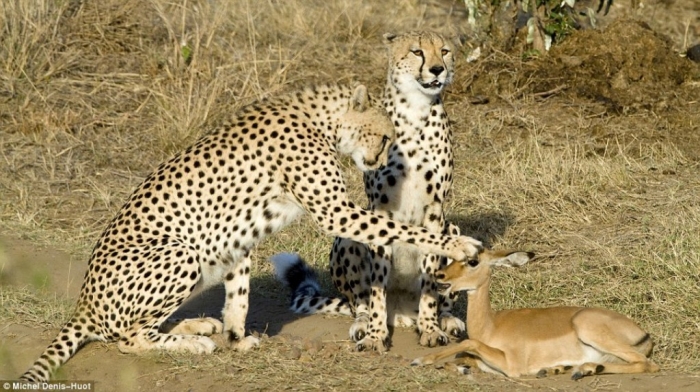 Cheetah lives in Africa, southwestern Asia and some parts of Iran where they are protected from extinction. It also lives in prairie, semi-desert, areas with thick brush and density of vegetation, savannahs, grasslands and it also looks for the places in which it can find an abundance of prey.

♦ What does cheetah eat? 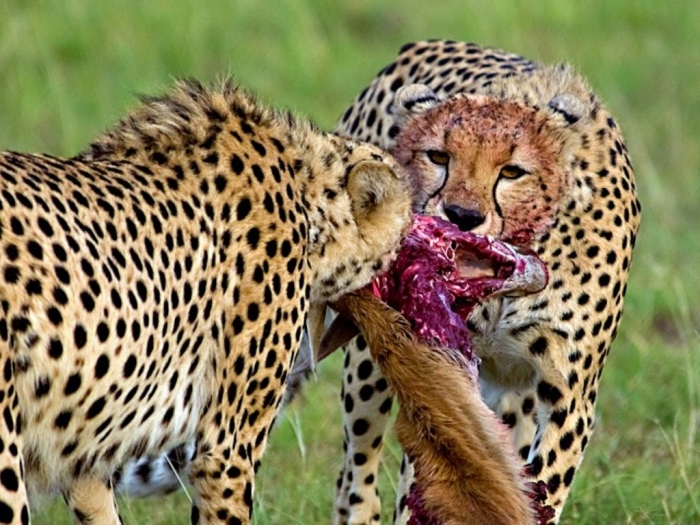 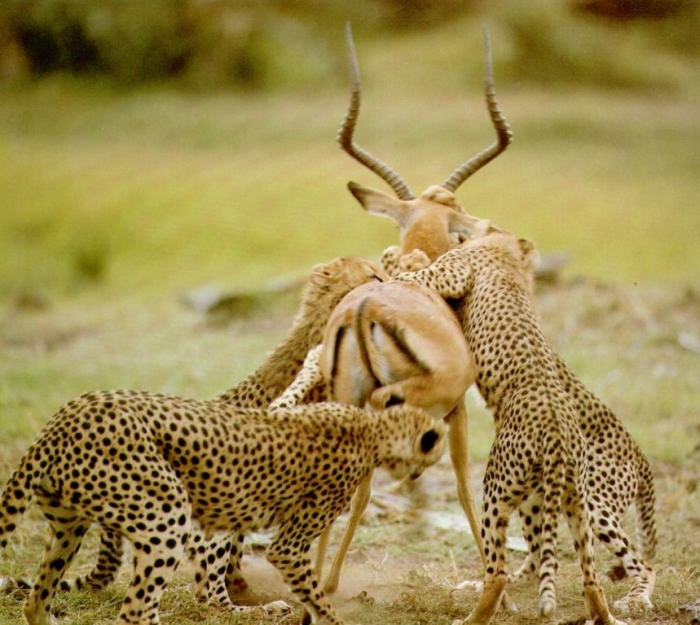 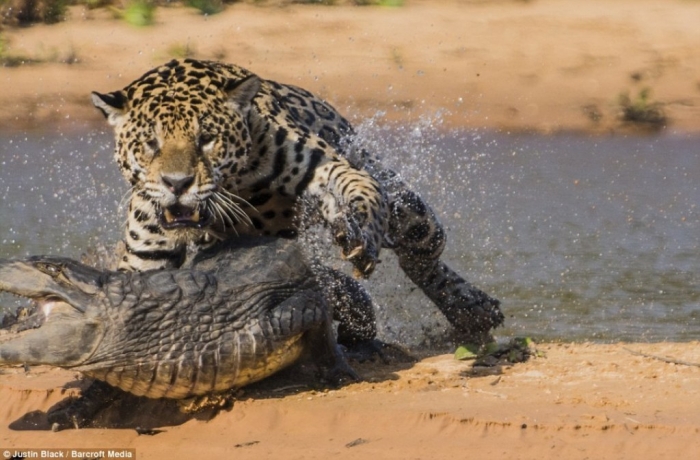 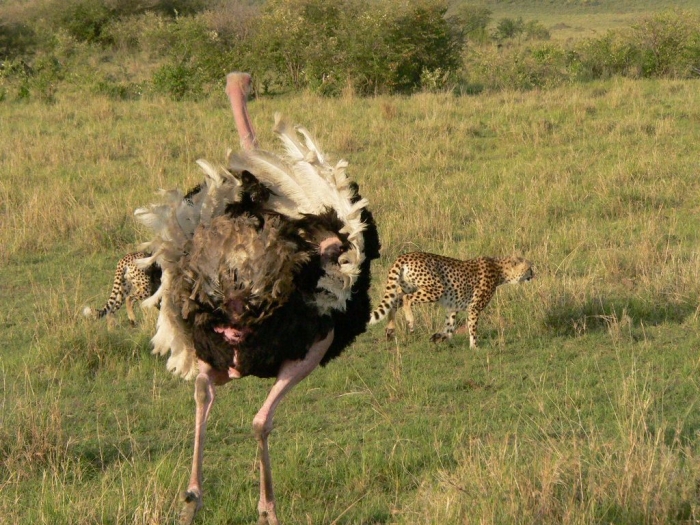 Cheetah eats most of the mammals that depend on their food on eating plants such as impala, springbok, blesbok, Grant’s gazelle, Thomson’s gazelle, zebras, wildebeests, hares, guinea fowl, ostriches, Goitered gazelle, ibexes, chinkara, and wild sheep. Cheetah is not like other big cats that usually hunt at night since it prefers to hunt its prey during the day. You can also find cheetahs coming out at night to hunt but this happens when the moon is full and completely illuminated to make the visibility perfect and the prey easy to be seen.