Westie puppies are a Scottish dog breed since they originated in Scotland and are known for their unique and distinct white coat. There are several names that are used for referring to this dog breed such as the West Highland White Terrier, Poltalloch Terrier, Roseneath Terrier and White Roseneath Terrier but the most common name that is widely used to refer to this dog breed is Westie or Westy for being short and easier to be used. Westie puppies are very popular in both the United Kingdom and the United States in which this dog breed is ranked among the top 5 dog breeds. The main reason behind increasing the popularity of westie puppies among people is their appearance in films, advertisements and on television. There are also other factors that are responsible for making westie puppies highly sought after by many people and most of these factors are associated with the characteristics of this dog breed which needs special types of foods that are discussed in this puppy feeding guide. So, let’s discover more about the characteristics of Westie puppies. 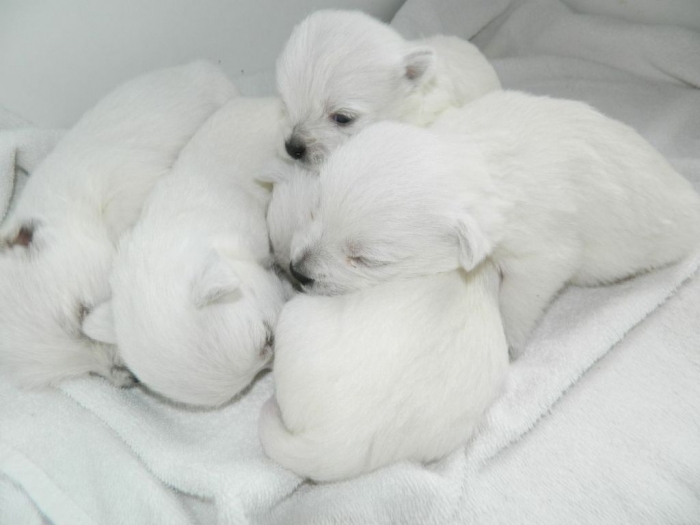 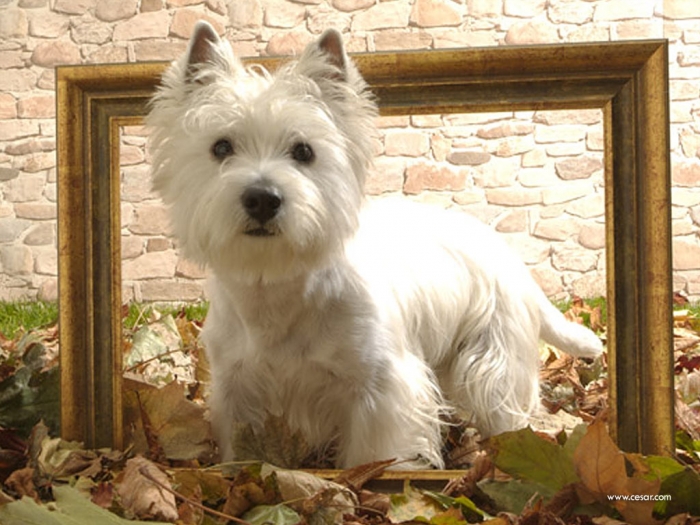 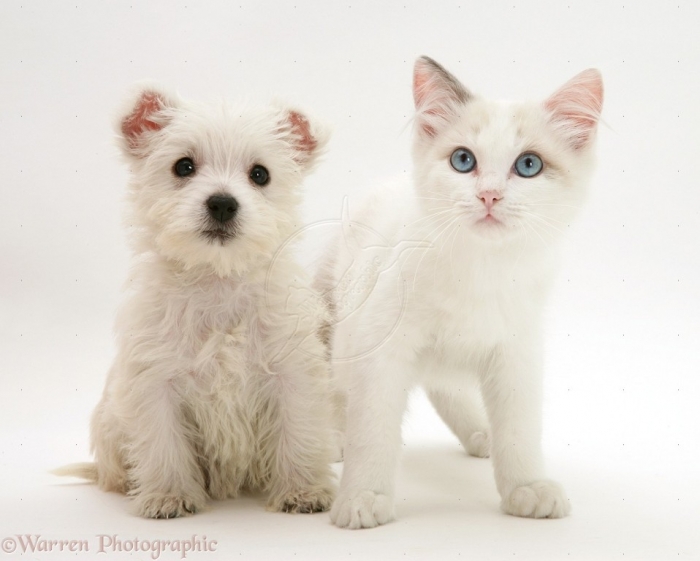 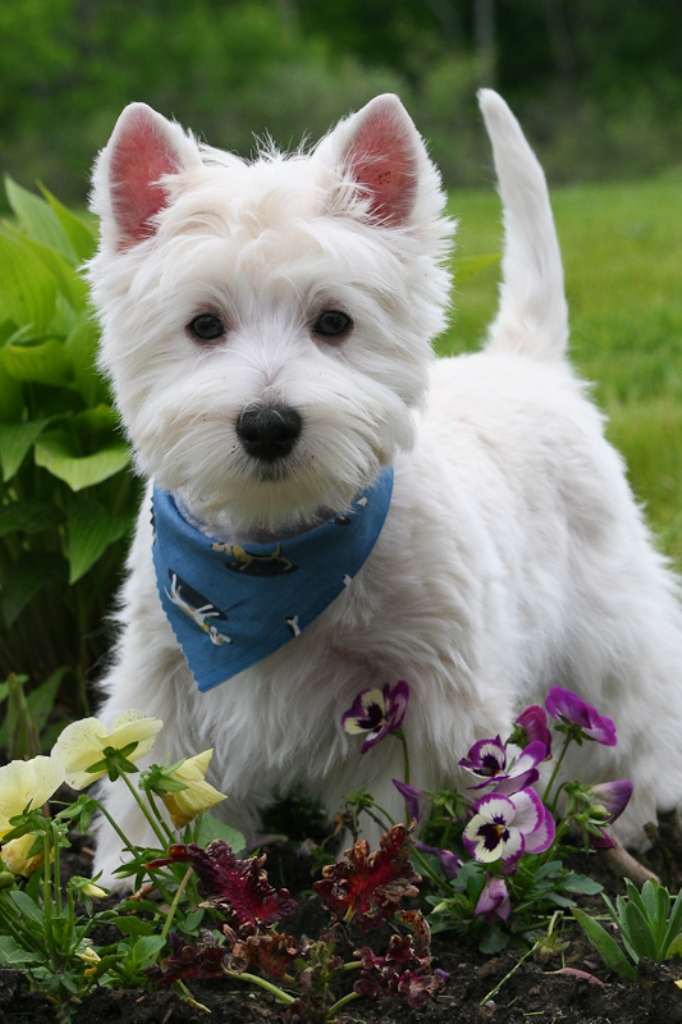 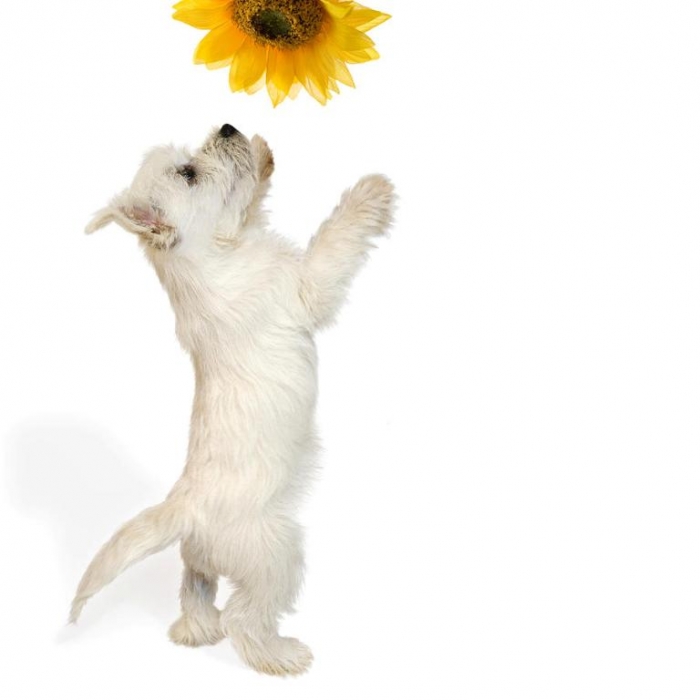 ♦ What are the characteristics of Westies? 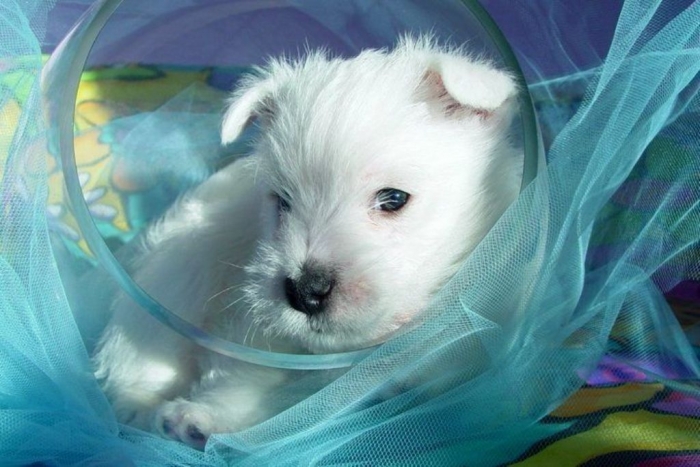 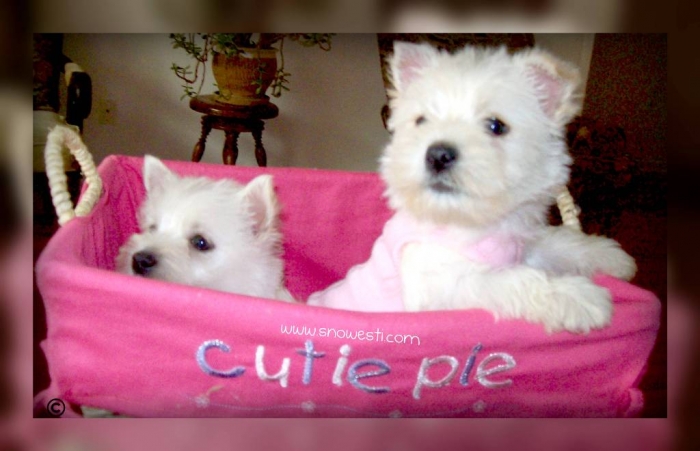 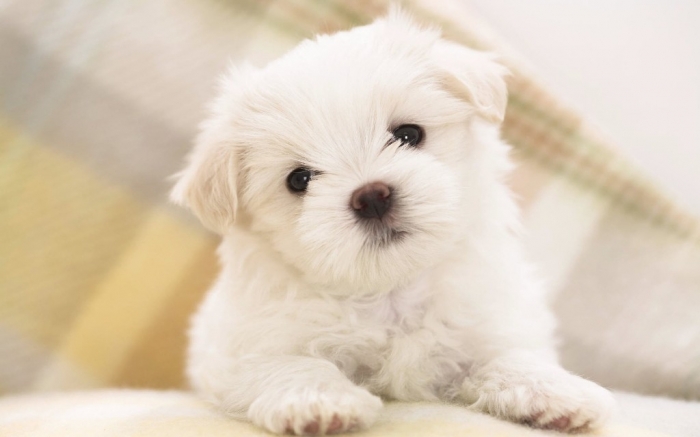 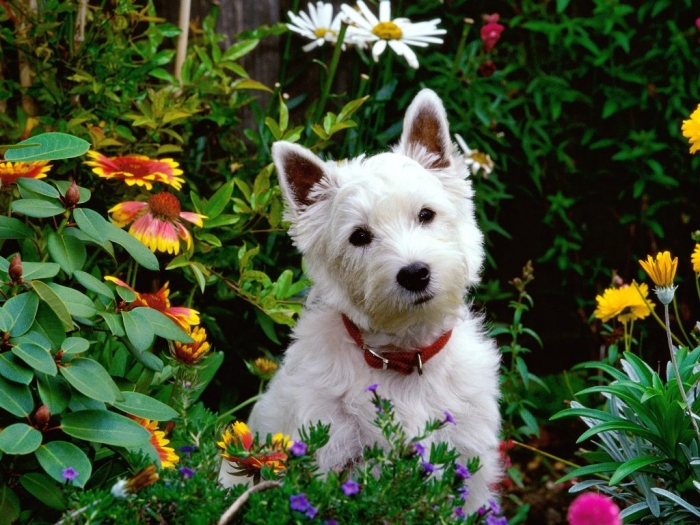 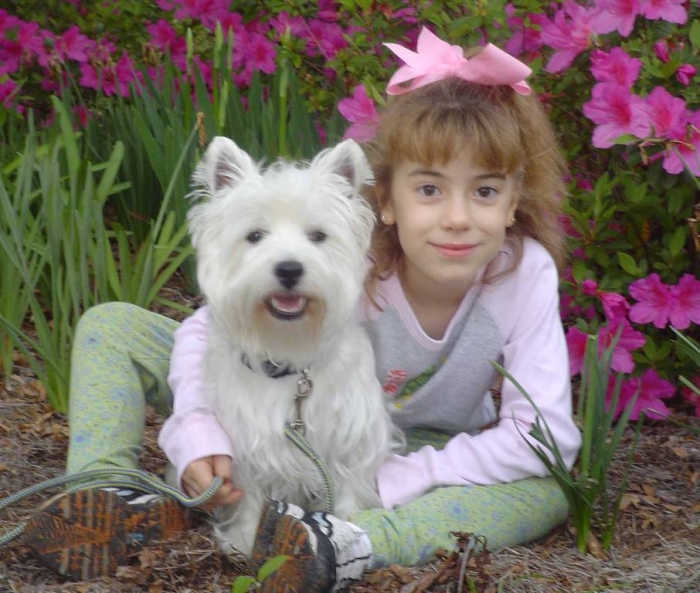 They are a medium-sized dog breed which makes them easy to be carried and moved from one place to another without the need to worry about their heavyweight. The puppies are small in their size to the extent that they are smaller than cats which makes them look like toys that are specially manufactured for children. Westie puppies have a double coat of fur which is white, soft, thick and long making it fills the puppy’s face to seem as if it has a rounded head. Westies’ weight ranges from 15 to 20 pounds (6.8-9.1 kg) and their height comes between 14 and 16 inches (36-41 cm).

Westies have dark and bright eyes which are almond shaped and the ears are erect and pointed. They have muscular limbs, deep chest, and small black nose. Westie puppies have pink markings on their nose and footpads but these beautiful markings do not last for a long time as they disappear gradually and turn into the black color when the puppies become older.

♦ Are the Westie puppies good for children? 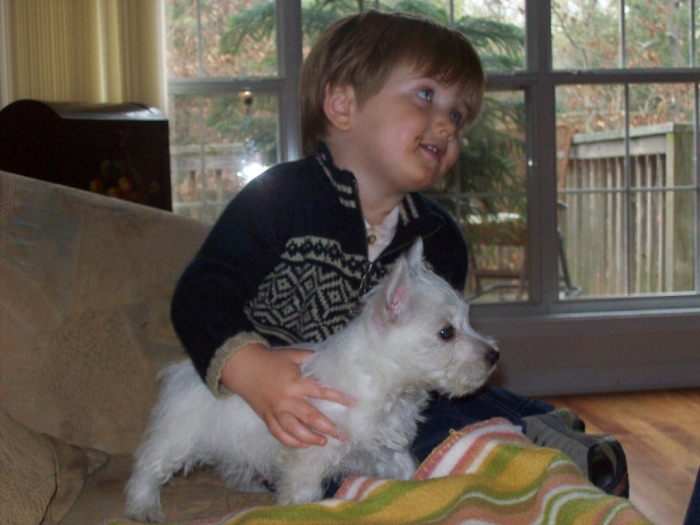 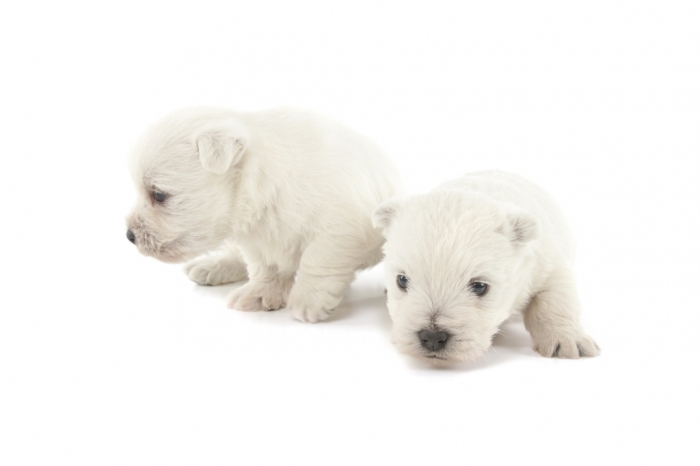 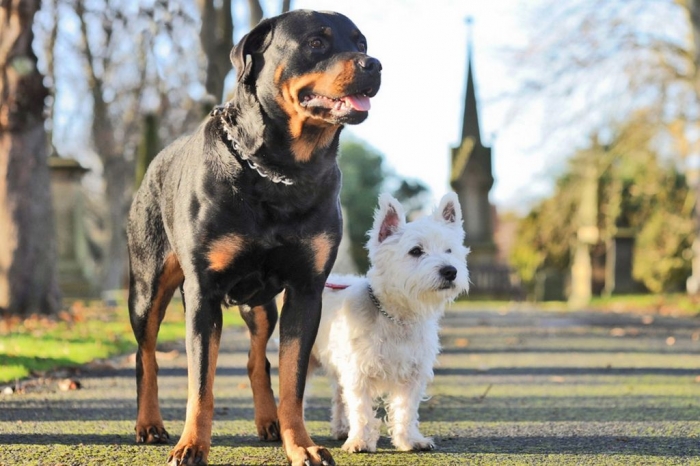 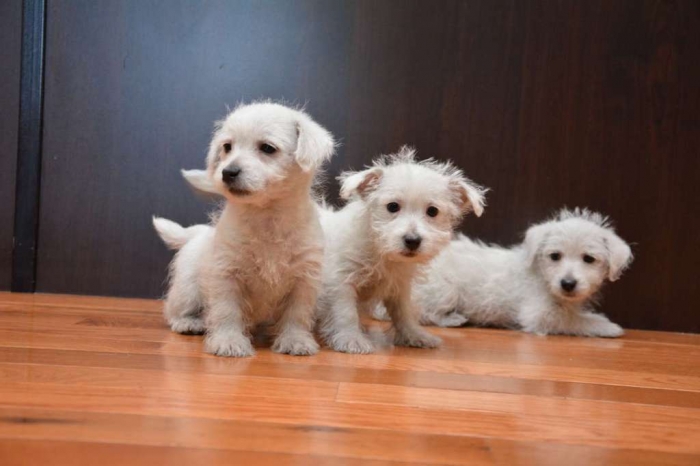 Westie puppies are independent, self-confident, loyal, small in their size, intelligent, active, require plenty of exercises, social and friendly which make them perfect for children and for you as a good companion. Your children will enjoy playing with westie puppies but make sure that your children treat these puppies in a good way and ask them to avoid rough handling such as pulling ears because westie puppies do not tolerate this.

♦ How to look after your Westie puppy? 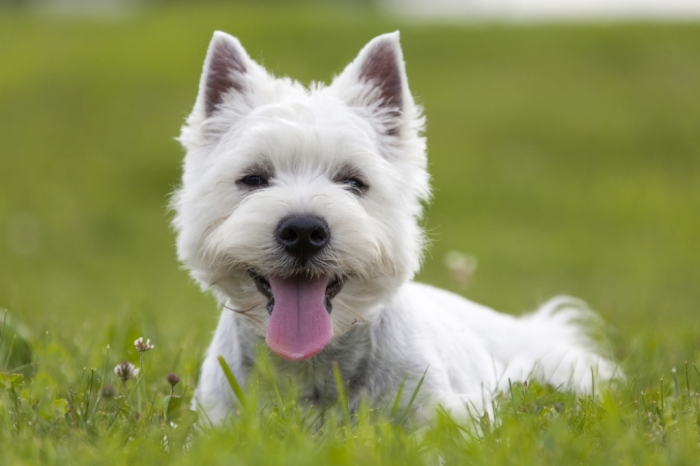 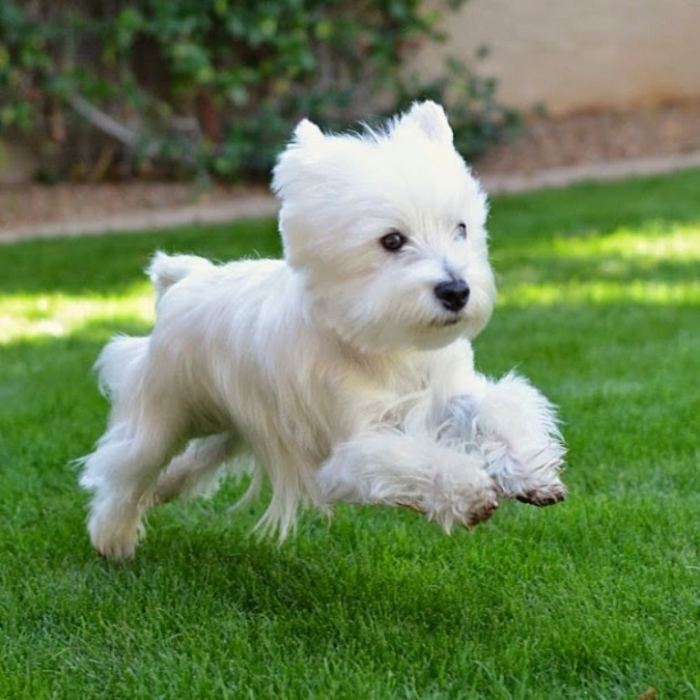 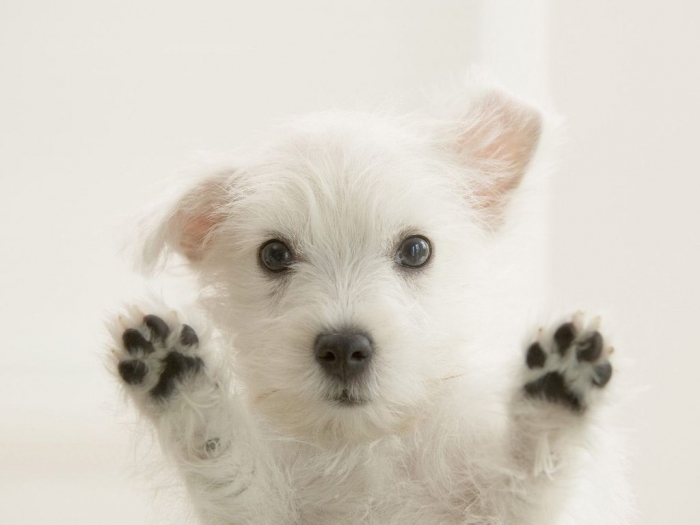 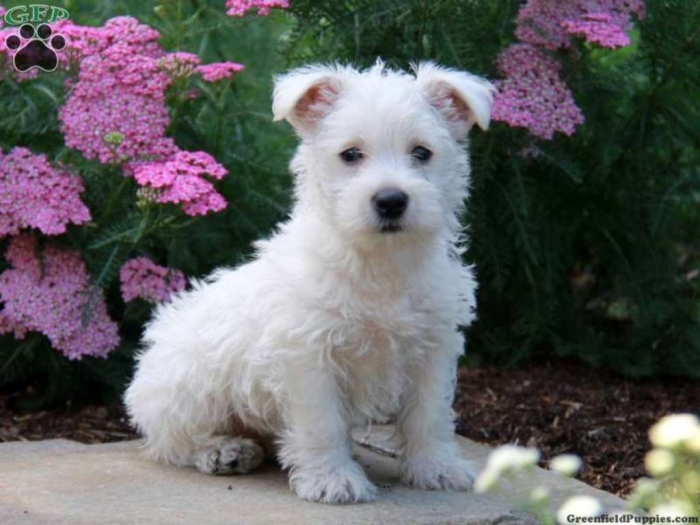 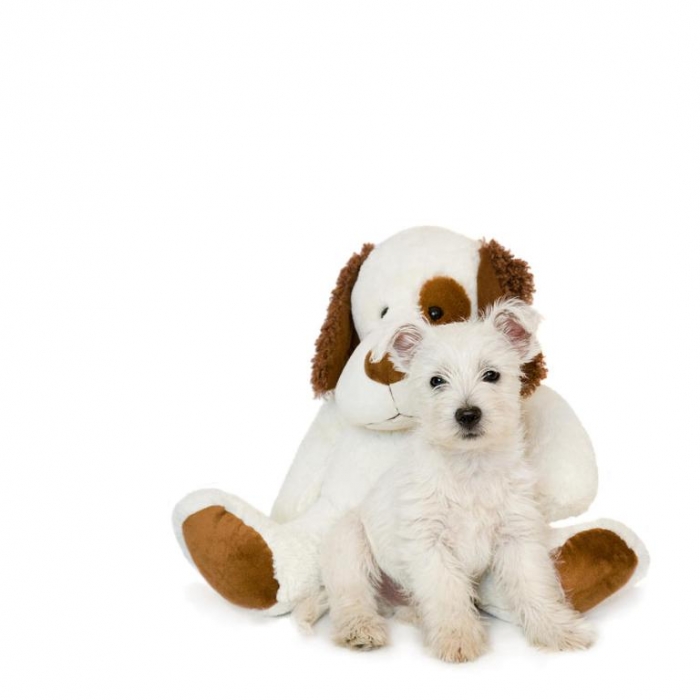 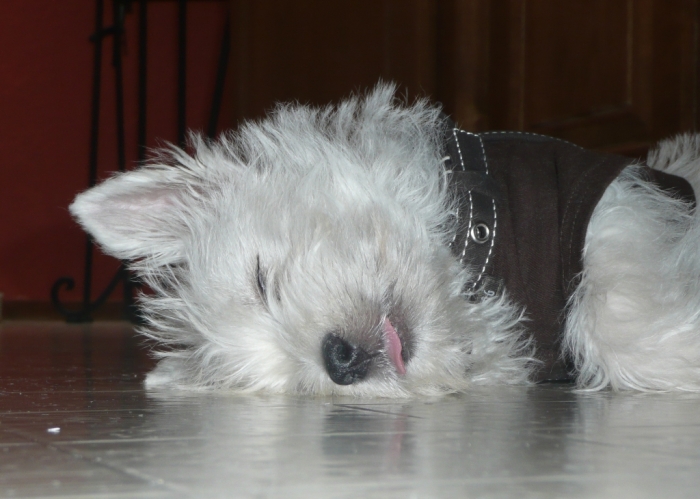 Westie puppies have a double coat that requires brushing twice per week and needs to be stripped at least twice a year. You do not need to always bath your westie puppies and just do this when it is necessary. The westies are susceptible to dry skin and other problems such as allergies, deafness and patella luxation.