Do you want to attract more attention? There are too many ways that can help men look impressive, more handsome, catchy and stylish as well. As a man, you can wear a fascinating hairstyle, change your haircut, choose a new hair color, purchase expensive and stylish clothes, and wear dazzling accessories. But all of this will not work for you if your body smells bad. In the fall and winter seasons, the weather is cold and not hot like spring and summer seasons which means that there is not too much sweat. For this reason, some men think that it is not necessary to wear perfume in the cold seasons. Wearing perfume is essential in all seasons because our bodies do not stop secreting sweat and our heavy clothes will not be able to hide any bad smell that comes out of our bodies.

Those celebrity men perfumes are completely different from others that are made for women as they tend to be strong, heavy, rich and woody, spicy, or smoky. The most attractive perfumes that are made for men also differ from one season to another. This is why you need to update the perfumes you wear throughout the year exactly like the clothes you have at your wardrobe and change from one season to another. Take a look at the following 21 best fall and winter fragrances for men to know which fragrances to wear in the coming cold seasons.

1 Million by Paco Rabanne for men 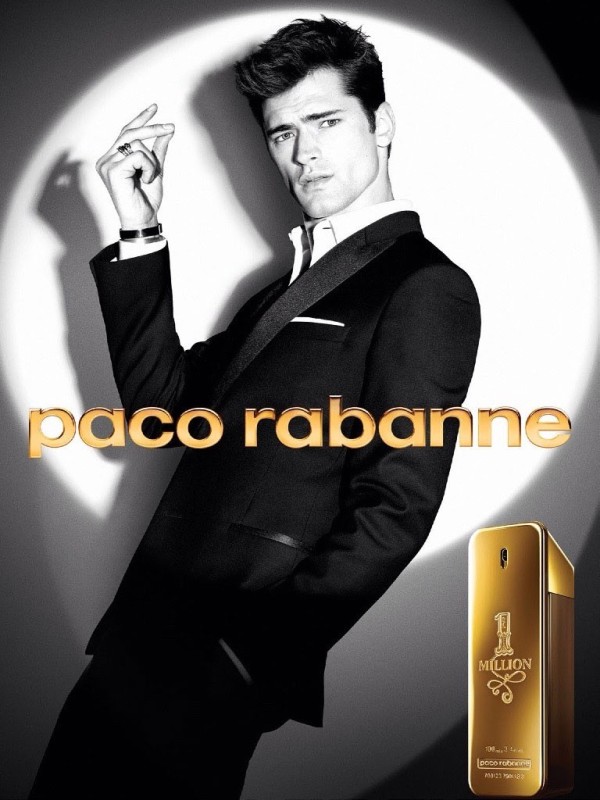 1 Million is a woody spicy perfume that can be described as a sensual, fresh and luxurious fragrance as well thanks to the golden bottle used to show wealth and power. The perfume was launched by Paco Rabanne for men. The noses behind it are Michel Girard, Olivier Pescheux, and Christophe Raynaud. Being created by famous perfumers and using a breathtaking combination of cinnamon, leather, amber, rose, spicy notes, and woody notes make this perfume one of the best fall and winter fragrances that are presented to men in the whole world. Top notes are grapefruit, blood mandarin, and mint. Middle notes are cinnamon, rose, and spicy notes. Base notes are leather, amber, woody notes, and Indian patchouli. 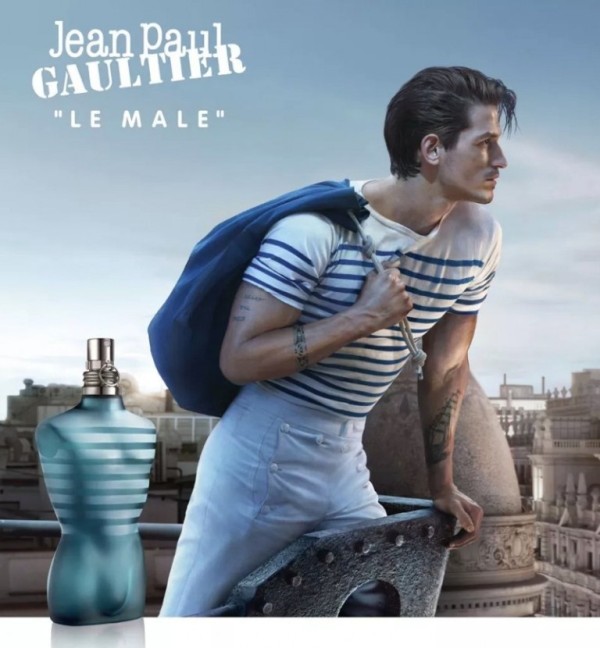 Le Male is a sensual, masculine and irresistible perfume presented to men by Jean Paul Gaultier. It was introduced in 1995 and the one who created it is Francis Kurkdjian. The perfume is a mixture of lavender, mint, cardamom, bergamot, and Artemisia as top notes; cinnamon, orange blossom, and caraway as middle notes in addition to vanilla, Tonka beans, amber, sandalwood, and cedar at the bottom as base notes. 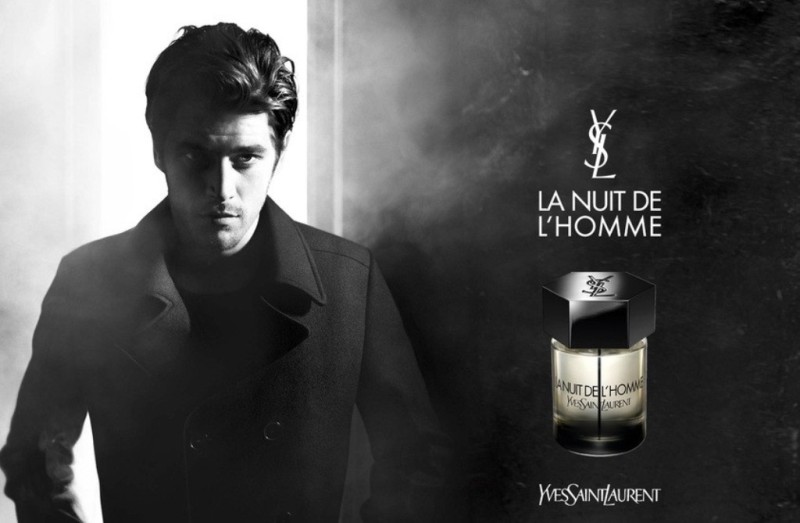 La Nuit de l`Homme is a woody spicy perfume presented by Yves Saint Laurent for men. It was launched in March 2009 and created by three perfumers who are Dominique Ropion, Pierre Wargnye and Anne Flipo. The perfume is powerful and full of contrasts since it is composed of cardamom as the only top note, lavender, bergamot, and Virginia cedar as middle notes accompanied by caraway and vetiver that are used as base notes.

Fahrenheit by Christian Dior for men 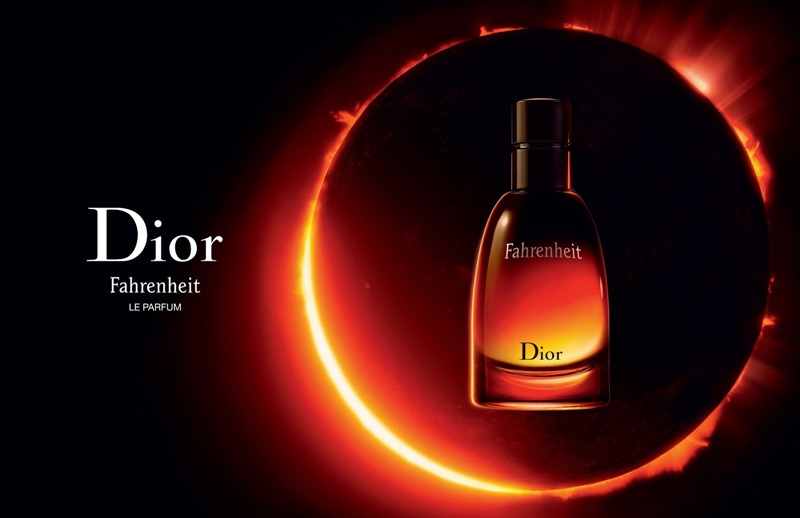 Fahrenheit is a floral woody musk perfume created by Christian Dior for men. It was introduced in 1988 and the noses behind it are Maurice Roger and Jean-Louis Sieuzac. The perfume contains nutmeg flower, lavender, cedar, mandarin orange, hawthorn, bergamot, chamomile, and lemon as top notes; violet leaf, nutmeg flower, sandalwood, cedar, carnation, lily of the valley, honeysuckle, and jasmine as middle notes; musk, vetiver, patchouli, amber, tonka bean and leather at the bottom as base notes.

The One for Men by Dolce & Gabbana for men 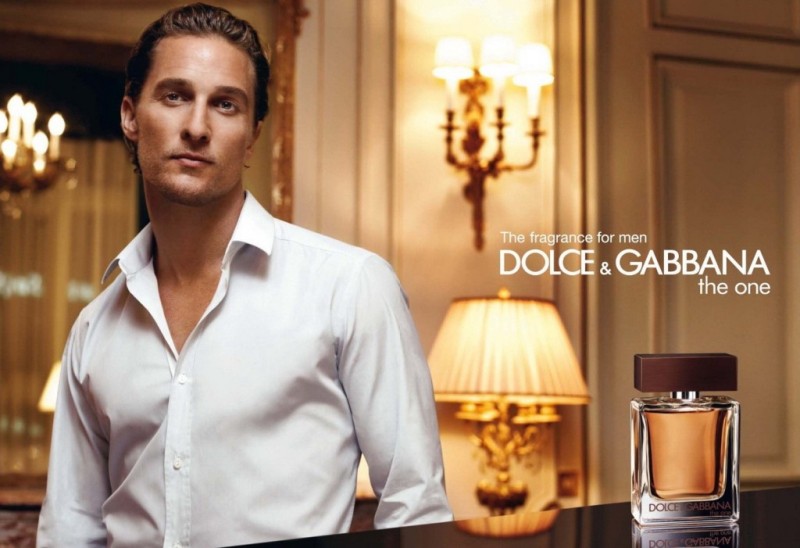 The One for Men is a woody spicy perfume known as one of the most successful fragrances presented by Dolce & Gabbana for men. It was launched in March 2008 and created by Stefano Gabbana. The main notes that the perfume contains include grapefruit, coriander, and basil as top notes; ginger, cardamom, and orange blossom as middle notes in addition to amber, tobacco, and cedar as base notes.

Encre Noire by Lalique for men 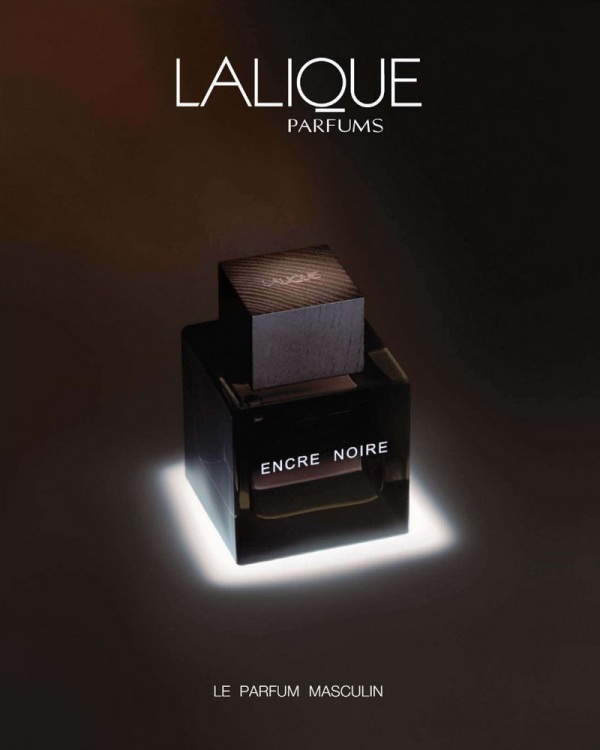 Encre Noire is a woody aromatic perfume launched by Lalique for men. It was introduced in 2006 and the perfumer who created it is Nathalie Lorson. The perfume is one of the simplest fragrances you can ever find since it only contains vetiver, cypress, cashmere wood and musk. The only top note is cypress. Vetiver is used as the only middle note. Base notes are cashmere wood and musk.

A*Men by Thierry Mugler for men 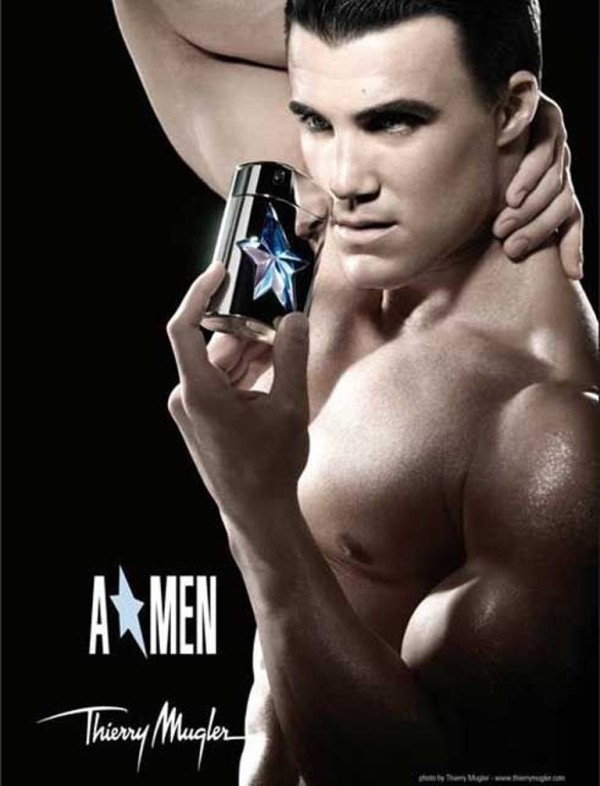 A*Men is an oriental woody perfume presented by Thierry Mugler for men. It was introduced in 1996 and the nose behind it is Jacques Huclier, while Thierry Mugler is the one who designed the bottle of the perfume by himself. Top notes are mint, bergamot, lavender, coriander, fruity notes, spicy notes and green notes as well. Middle notes are caramel, honey, milk, patchouli, jasmine, cedar, and lily of the valley. The base notes that come at the bottom are coffee, patchouli, vanilla, tonka bean, benzoin, amber, sandalwood, and musk. 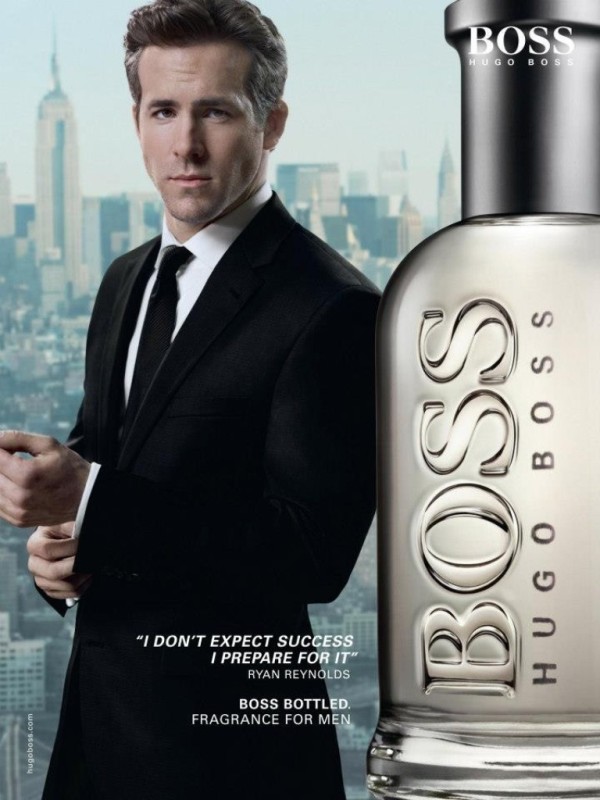 Boss Bottled is a woody spicy perfume introduced by Hugo Boss for men. It was presented in 1998 and the perfumer who created it is Annick Menardo. The perfume is a fresh, warm and masculine fragrance since it contains apple, bergamot, lemon, geranium, plum, and oakmoss as top notes; cinnamon, mahogany, and carnation as middle notes accompanied by vanilla, sandalwood, cedar, vetiver, and olive tree at the bottom as base notes. 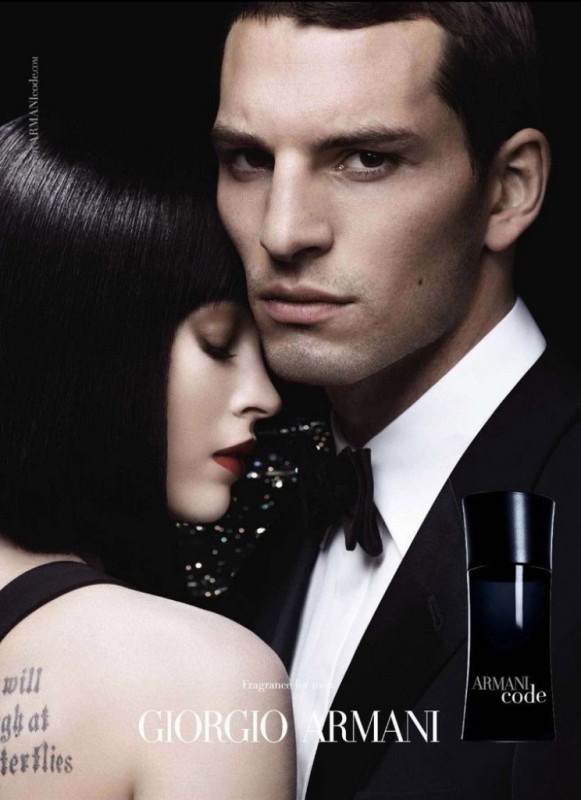 Armani Code is an oriental spicy perfume presented by Giorgio Armani for men. It was introduced in 2004 and the noses behind it are Clement Gavarry, Antoine Maisondieu and Antoine Lie. The perfume is a composition of lemon and bergamot as top notes; olive blossom, star anise, and guaiac wood as middle notes in addition to leather, tobacco, and tonka bean that come at the bottom to be used as base notes. Because this perfume is unique, it was the winner of FiFi Award Men’s Fragrance of the Year – Luxe in 2006.

London for Men by Burberry 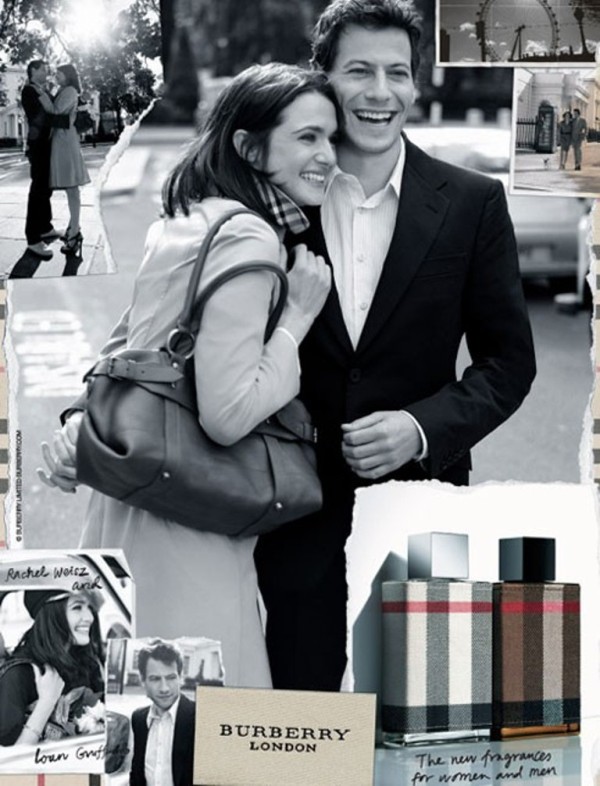 London for Men is an oriental spicy perfume launched by Burberry for men. It was introduced in 2006 and the perfumer who created it is Antoine Maisondieu. The main notes that this perfume contains are cinnamon, lavender, and bergamot that are used as top notes; leather and mimosa that come in the middle accompanied by tobacco leaf, opoponax, guaiac wood, and oakmoss that are used as base notes.