Wedding celebrations are always unforgettable in every couple’s life. It is an event they just can’t stop talking about for years to come. There is no doubt that wedding dresses have a role to play in making celebrations colorful. Below, Pouted lifestyle magazine shows 15 of the most expensive celebrity wedding dresses.

This wedding dress is the most expensive amongst others on this list as it commands a price tag of $31 million. It took around five months for this dress to be completed, according to specifications. This Chinese superstar left no stone unturned when it was about splashing the cash during her wedding. Based on such a price tag, you can tell it is a piece of beauty. 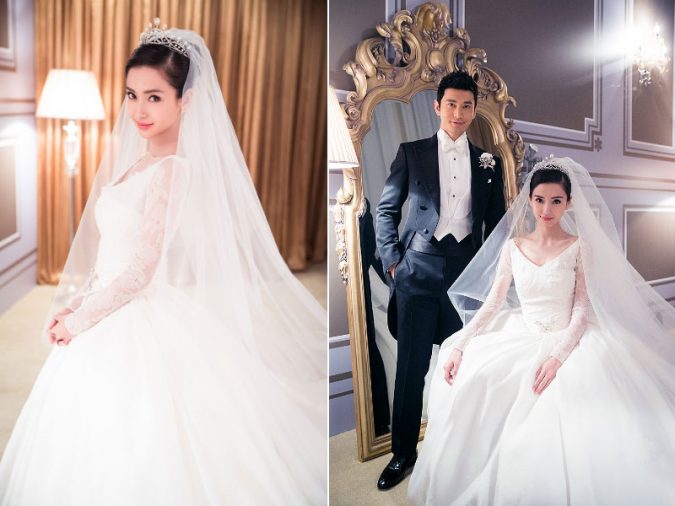 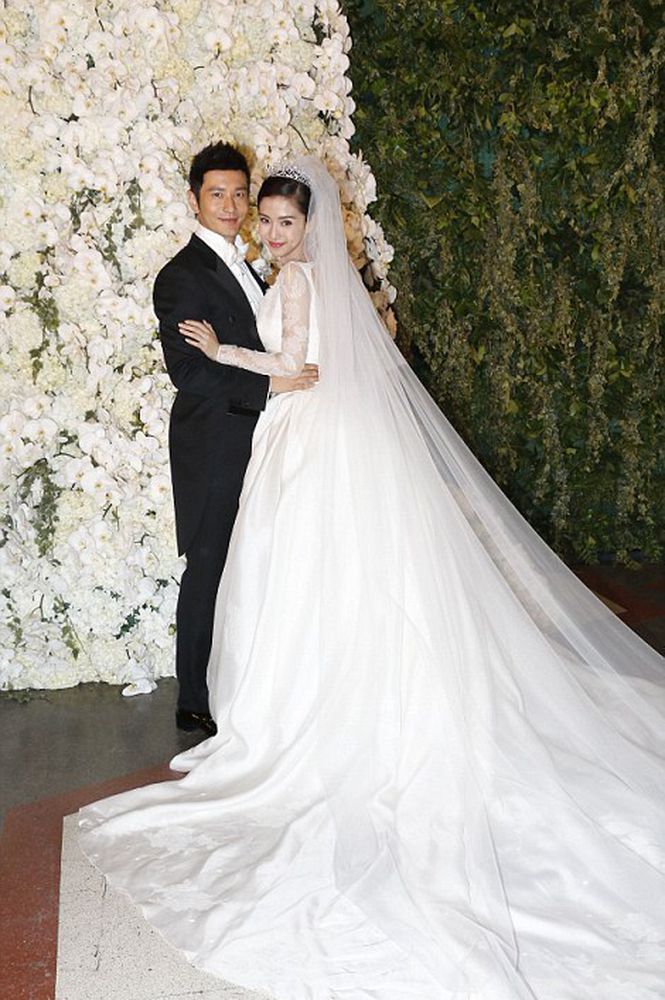 There is something unique about this gown, which is the fact that its diamonds produce a great sparkle whenever the bride tends to turn or move. It is probably one of the most expensive wedding dresses of all time, costing around $12 million and can be found in the popular bridal salon of Renee Strauss. The wares you will find here have managed to feature on various productions masterminded by Hollywood in the past. Even with such a hefty price tag, it should be noted that the producers aren’t ready to sell it. This is because it is used in promoting other items displayed in the salon. 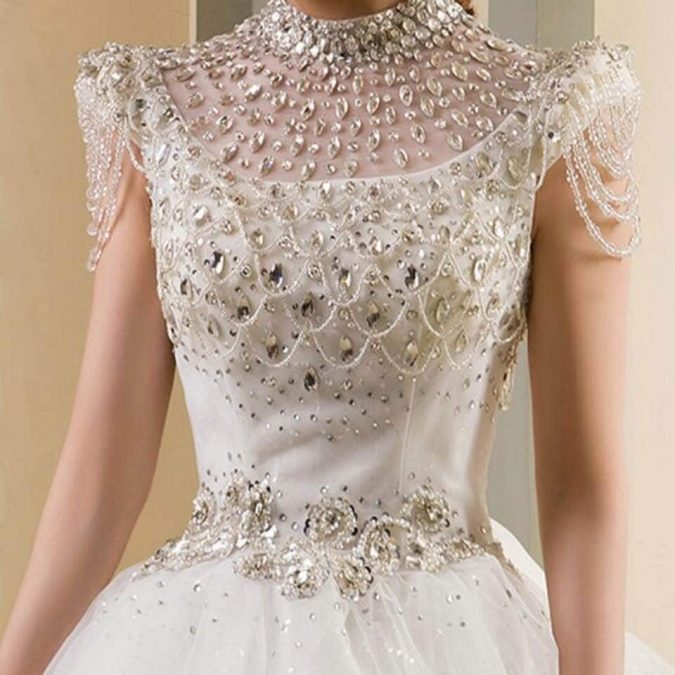 It shouldn’t come as a surprise to know that Yumi Katsura Gold Dress hasn’t been sold. A significant reason for this, according to most experts, could be due to its price of $8.5 m, which is entirely on the high side. Katsura is known in the world of craftsmanship as one of the best. With over 50 years of experience under her belt, no one can doubt her level of expertise when it comes to producing items that genuinely reflect elegance. A white gold dress is a typical example of this. In case you are thinking about organizing an elite wedding party, this wedding dress may be a great option. 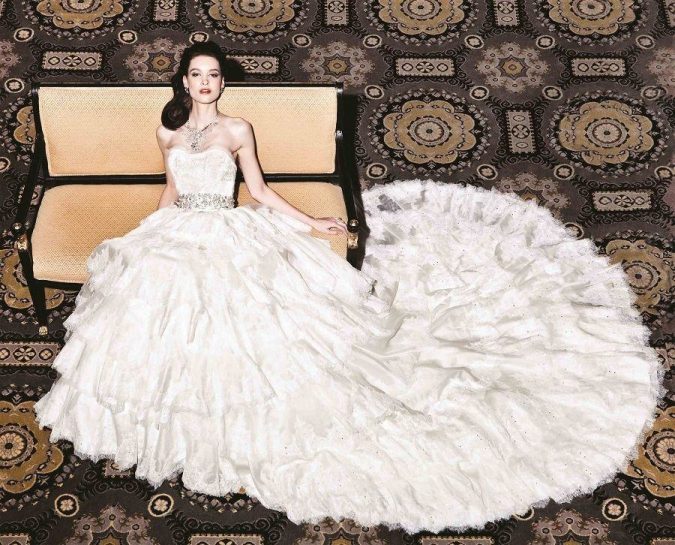 Amongst the wedding dresses on this list, there is no doubting the fact that peacock is the most unique. This is because of its design of peacock feathers, which have been included in it. In case you have always dreamt of an unconventional marriage with all the elegant features still intact, the peacock will meet your needs. Due to how it is exclusive, it commands around $1.5 million. 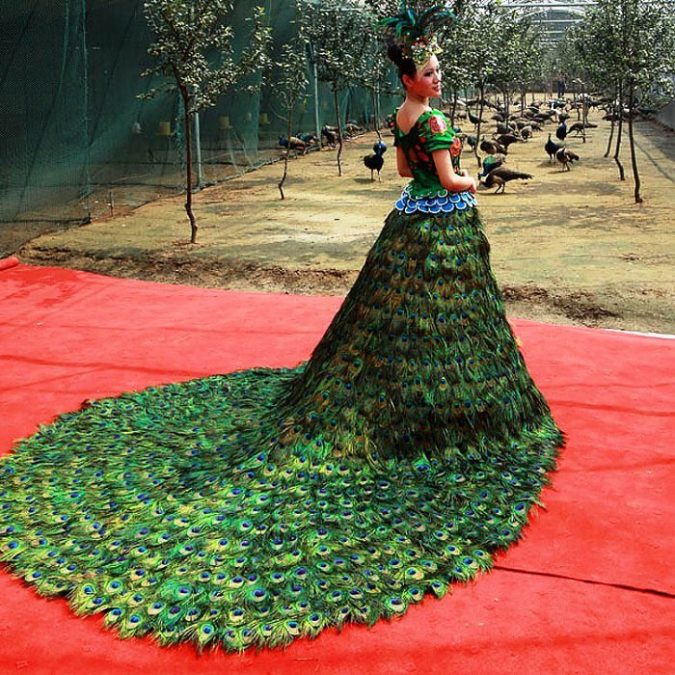 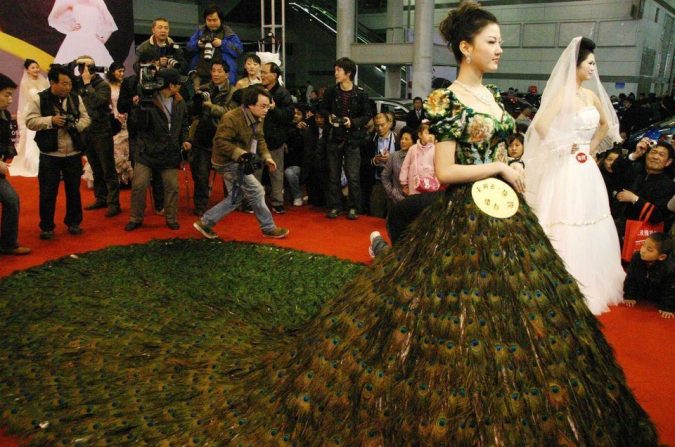 In 2010, Danasha Luxury Gown got unveiled to the public. It may interest you to know that at a price tag of $1.5 million, this wedding dress is still the favorite of most celebrities across the world. According to its designers, the idea wasn’t about putting up diamonds and gold around the gown. Instead, it is about a costume that people will find dazzling. This wedding dress can create the perfect Cinderella scenario you’ve always dreamt of. 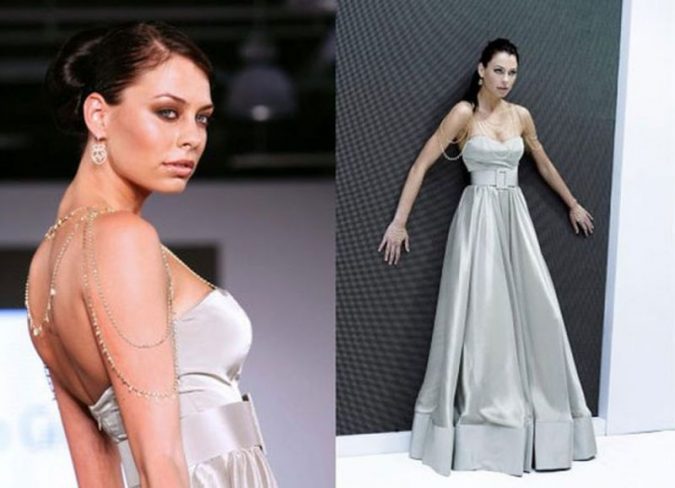 Crystal gown has to make this list as one of the most expensive wedding dresses. It was a real beauty when put on by Victoria Swarovski. There are very few custom-made wedding dresses, and this one happens to be amongst them. Probably this is why it commanded a price of $1 million. The best part about this gown is how it has been designed to captivate the attention of wedding guests. For instance, it contains lots of crystals. 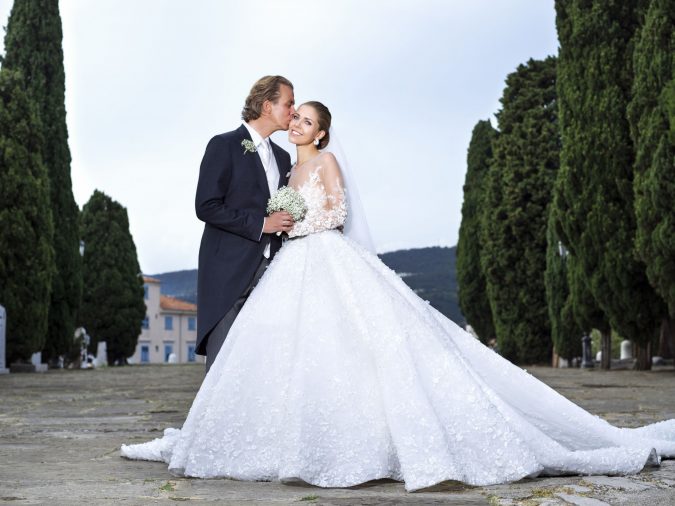 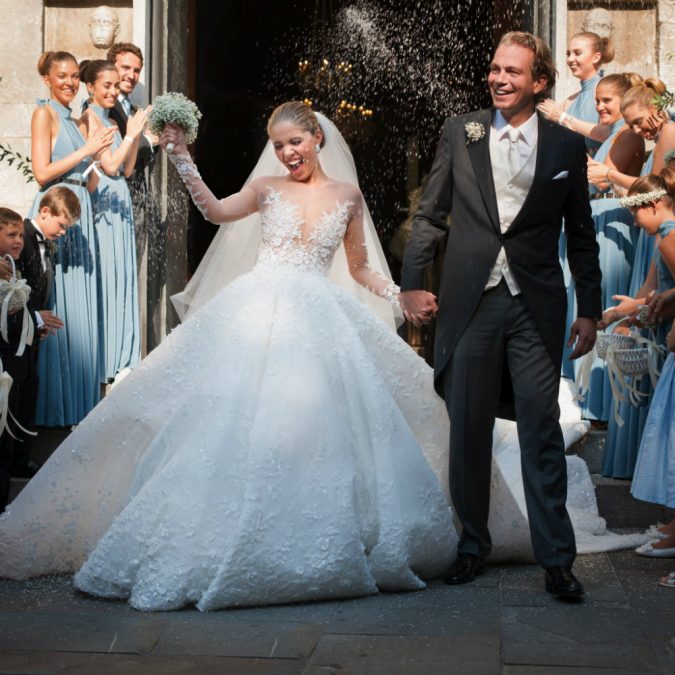 Givenchy of Kim Kardashian made lots of headlines back then in 2014. It was a typical example of luxury at its best. This Givenchy gown was custom-made when Kim Kardashian and Kanye West decided to walk down the aisle in 2014. It costs around $500,000. Its features and design were entirely out of this world. 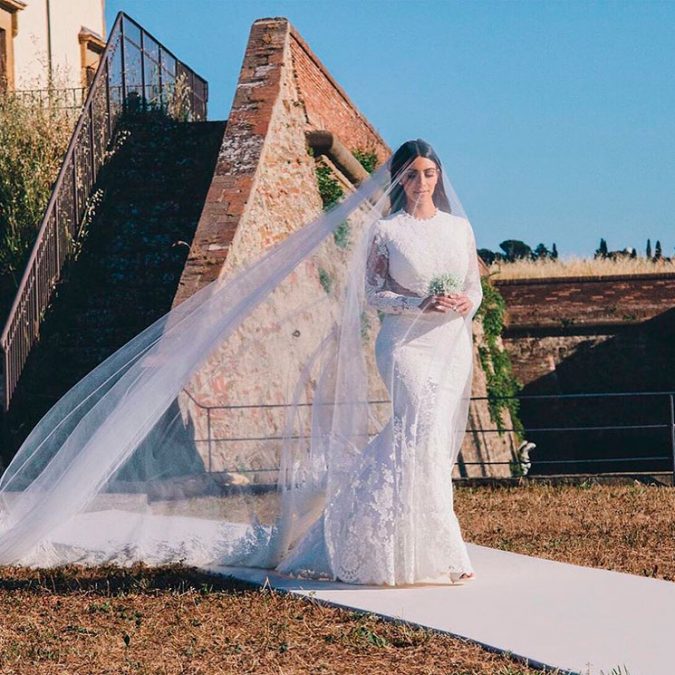 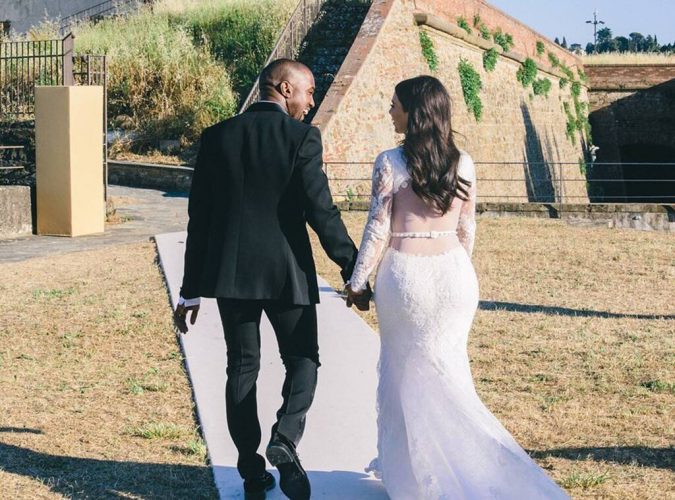 When it comes to fashion, most people are looking up to Kate Middleton for some inspiration. It is fair to conclude that she hasn’t fallen short of expectation. A proof of this fact is her wedding gown, which costs around $388,088. This wedding dress has been the dream of most people due to its features. For instance, its design is entirely out of this world. Unlike most wedding dresses, this is very light. 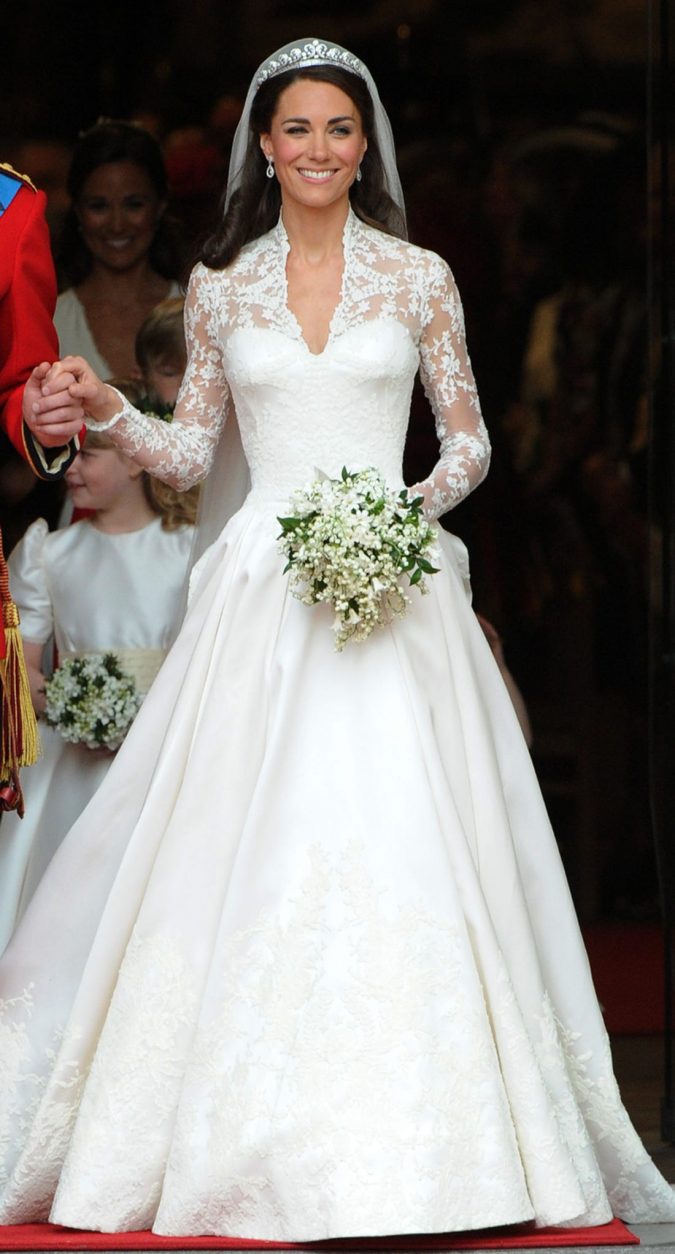 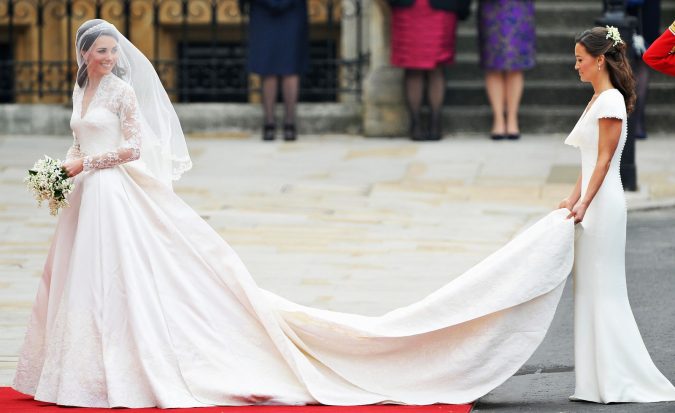 This wedding dress was the talk of the town at the wedding of Amal and George Clooney.  It was the last wedding dress of this grand design before passing away. This dress cost around $380,000. It became prevalent up to the point of getting featured in museums, which is quite impressive. 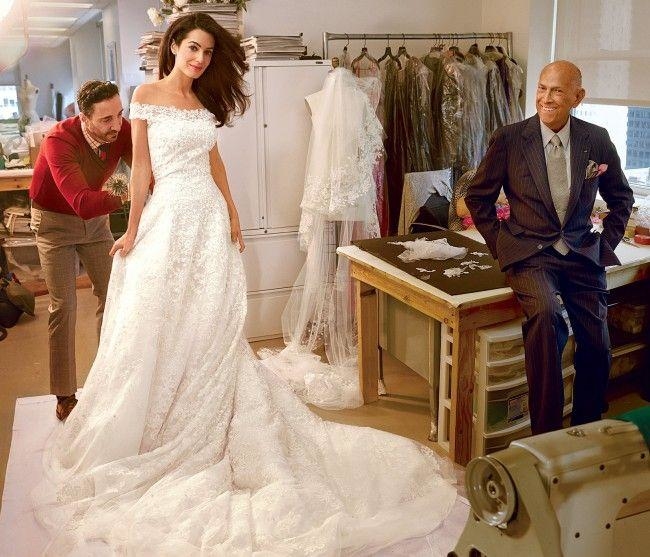 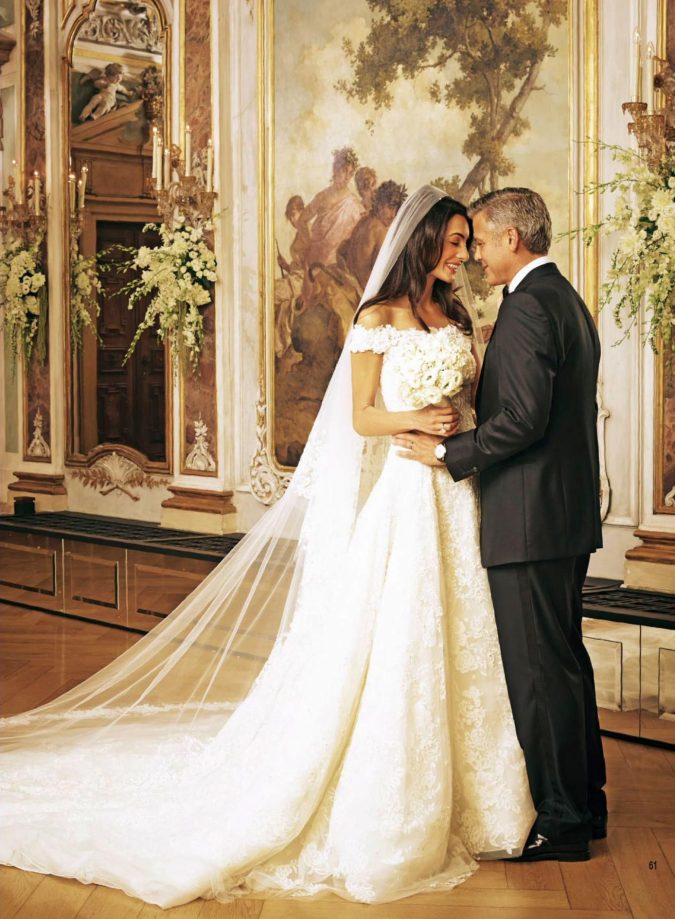 This is nothing short of a platinum wedding dress given its features. Mauro Adami, the designer, definitely deserves some credit for this innovative dress, which has made headlines since it was designed in 2008. The silk fabric which has been made is around 40 meters. The embroidered floral designs which are very attractive are also worth mentioning. Probably this is why it costs $372,564. Despite being produced over a decade ago, this wedding dress remains very relevant in the fashion world. 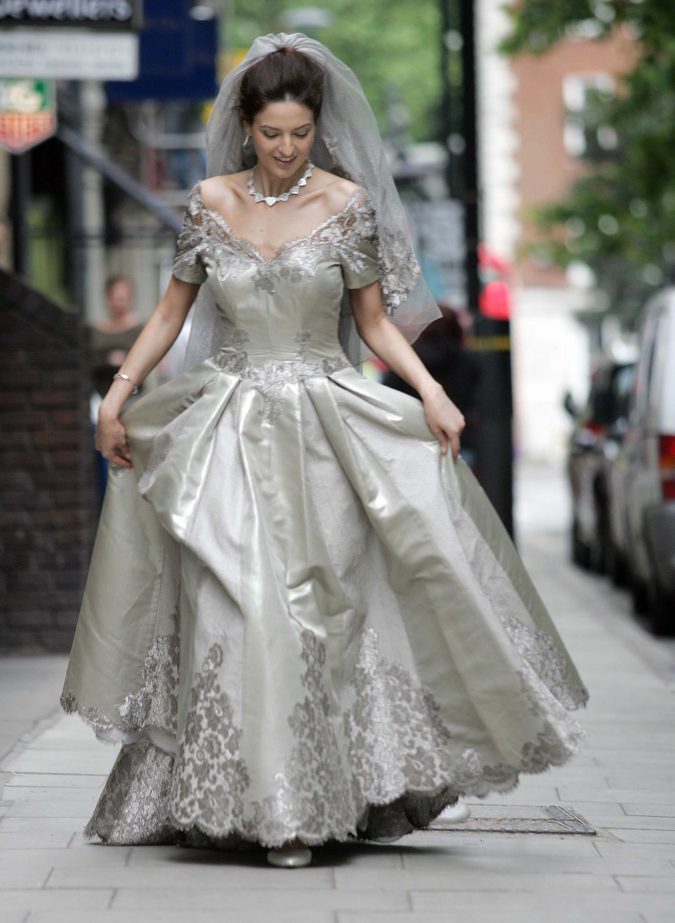 The name of this wedding dress explains some of its most integral features. Ever since it was designed in 2007, it can’t seem to stop being popular amongst the elite. The best part is that its gems are expected to increase in value in the nearest future. Therefore, in case you are searching for an expensive wedding dress to purchase, which will likely yield some returns, later on, this one ticks all the boxes as it costs around $158,874. 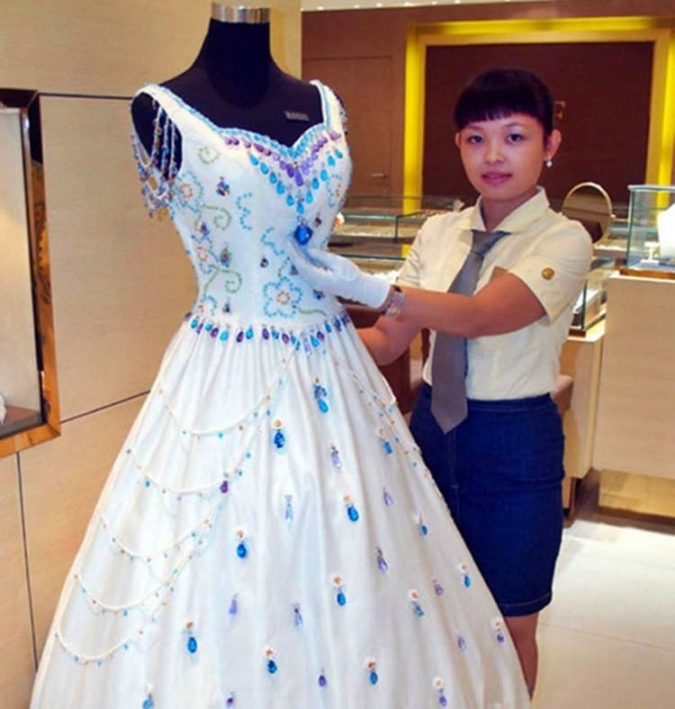 The trumps have made a name for themselves, and the wedding of 2005 wasn’t any different with Melania’s dress costing around $100,000. It is very unusual to know this dress weighed about 60 pounds with over 1000 embellishments. This is every woman’s dream. 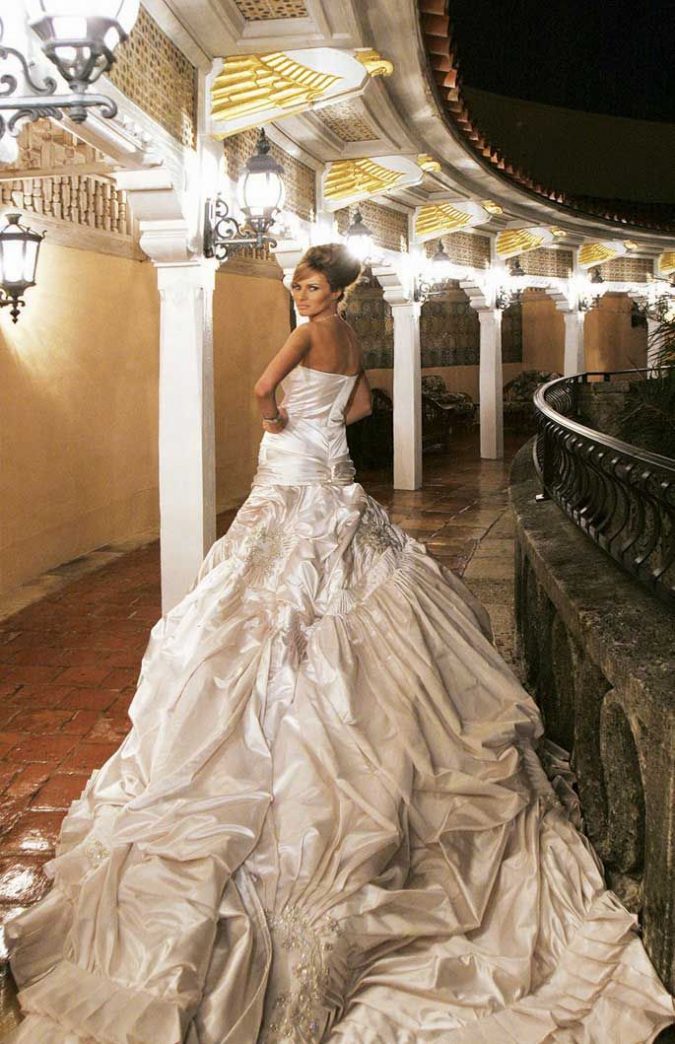 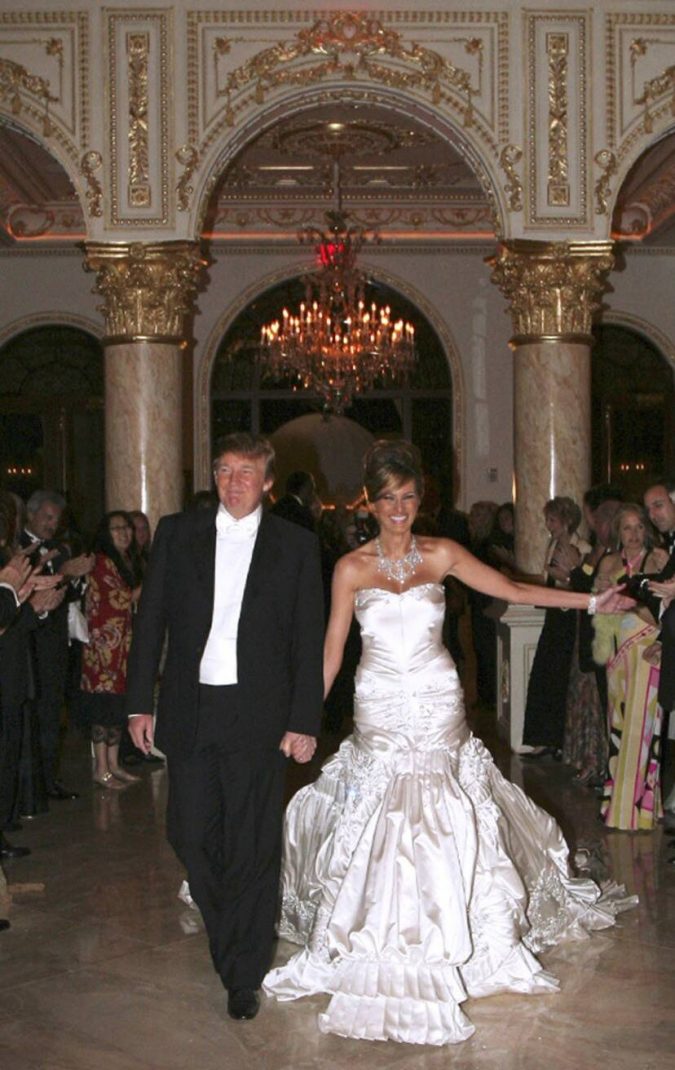 Her marriage to David Beckham, a household in the world of football, definitely has to make headlines. To live up to expectations to their fans all over the world, a wedding gown that costs $100,000 was used. This would later be traded at the venue of the reception. 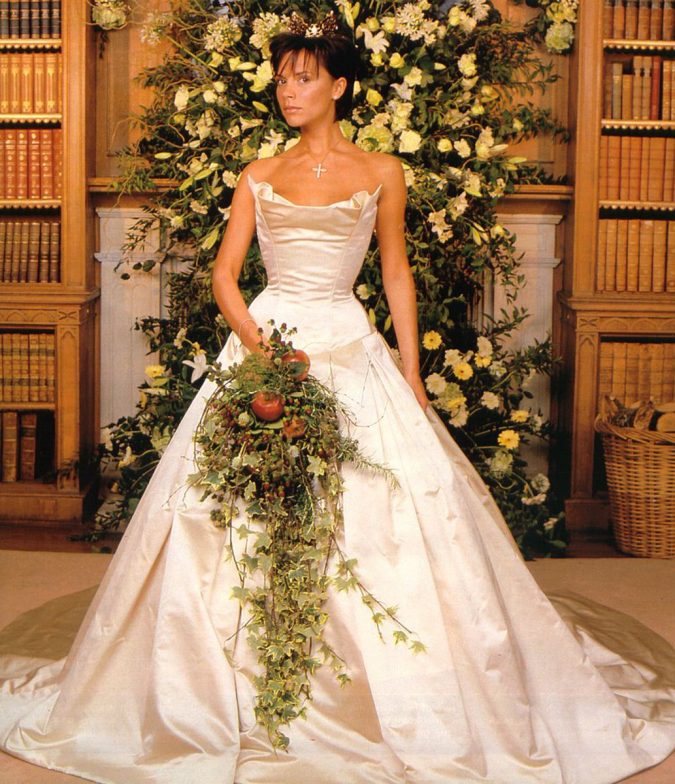 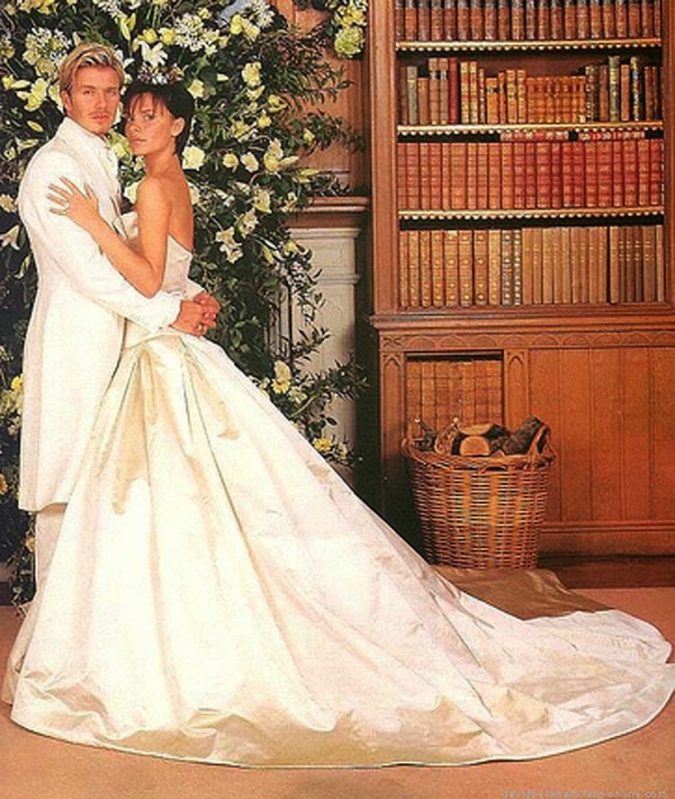 Everyone knows that Madonna lives in a world of her own. She isn’t just a pop star but one who has been known to purchase some of the most expensive and classy items. Her wedding with Sean’s pen wouldn’t be any different in 1985. The wedding gown she used would later be sold for over $80,000 in an auction in 2014. Her second wedding dress, while getting married to Guy Ritchie, was known to cost around $80,000. 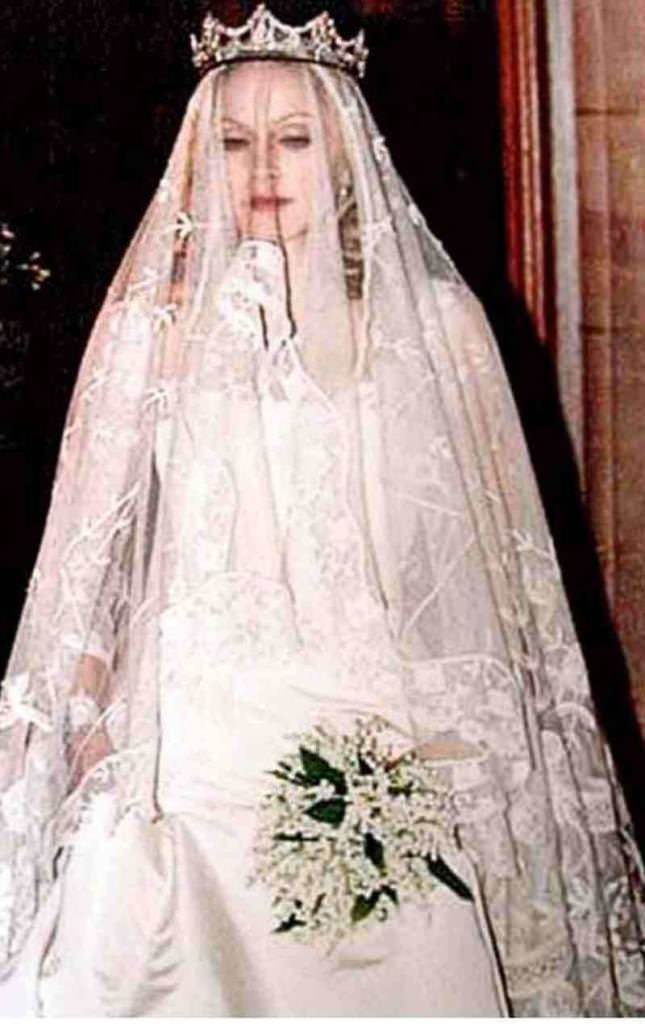 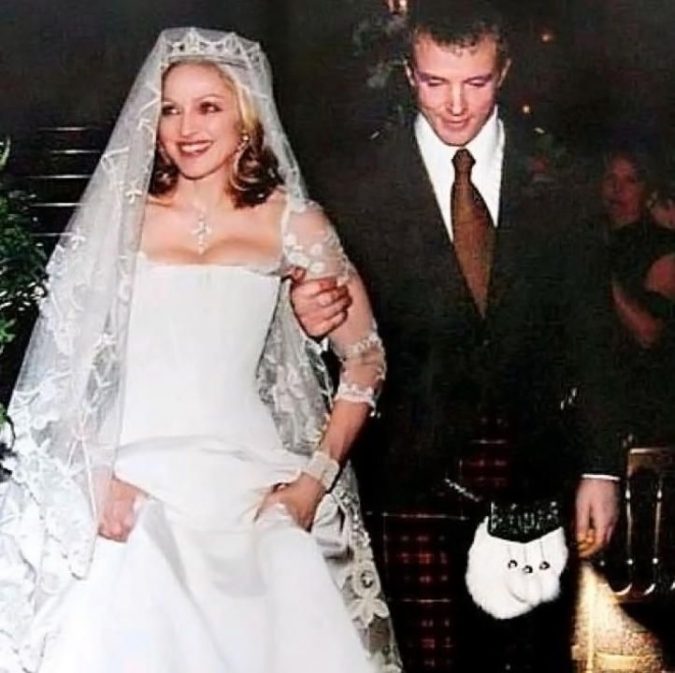 Nicky Hilton has always been a popular figure amongst business people. This won’t change in her wedding with James Rothschild in 2015. Of course, a marriage which took place in Kensington Palace will be expensive. Given such a classy venue being chosen, an elegant wedding dress will have to be selected to keep the momentum going.  The gown used for the wedding would eventually cost around $77,000. Not bad at all for a popular hotel waitress. 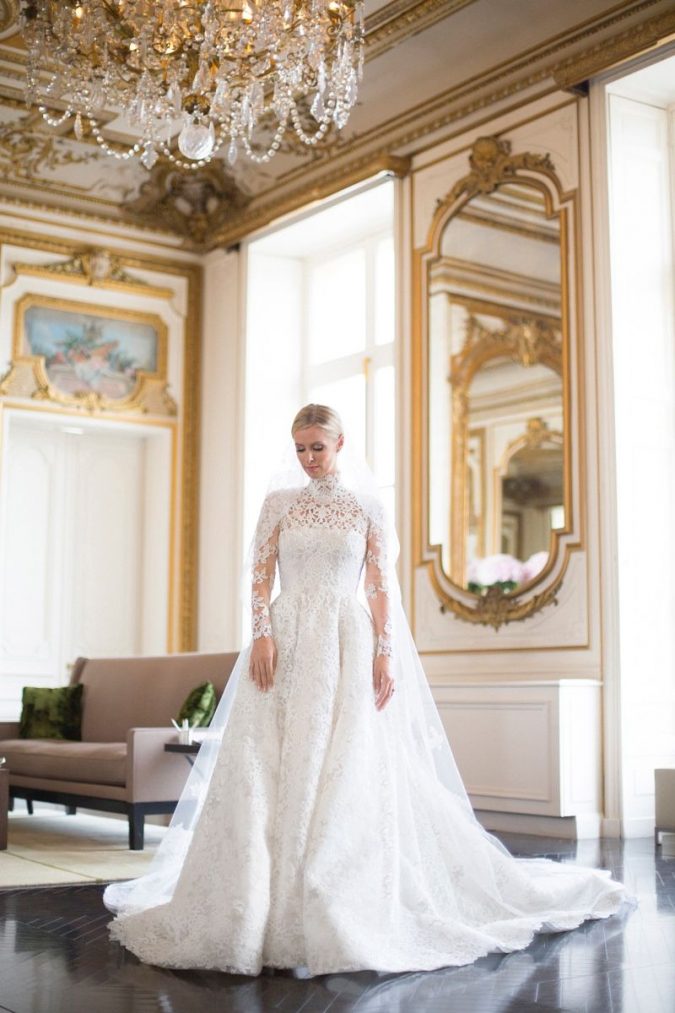 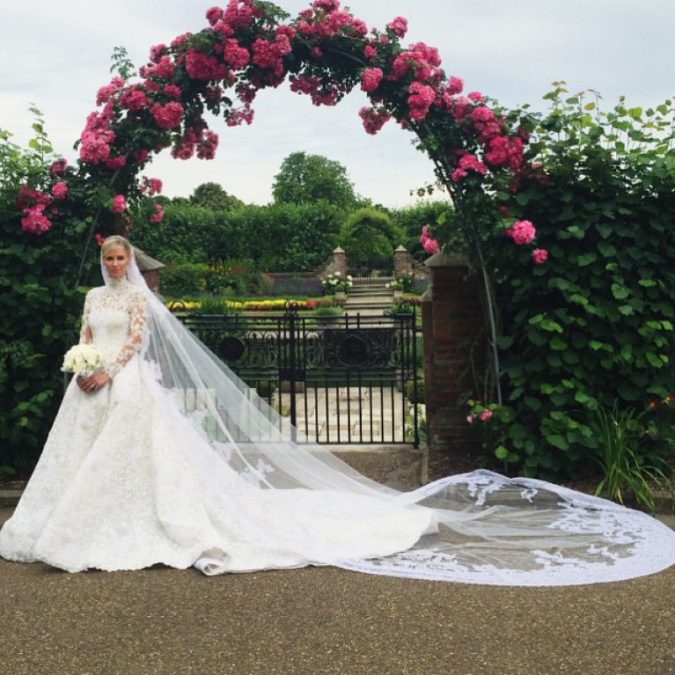