Did you know that insects are actually considered animals?
Yes, that is right. It may sound incredibly bizarre, but it is actually true. Scientifically, insects are classified among the animal kingdom, but we are all sure that such classification will not help us treat them as such; they are still the creepiest creatures existing on our planet, even if they are relatively tiny compared to other animals’ sizes and they are feared of by many people.
It is quite normal to come across people who love dogs or cats, adopt them as pets and they are actually abundant; there are always those who are referred to as a dog or cat persons, but have you ever heard about an insect person? Yes, you might think that it is creepy, but they are actually there; they are very curious about that little world of insects that people usually forget about until they encounter one of those spine-chilling creatures, or this is how they are perceived by the majority of the human race, but still, we cannot deny the butterfly’s beauty.
Since you might not be living in a tropical place, where insects are plentiful, you probably do not observe a lot of them, especially that some of them are really tiny and cannot be easily seen. If you are one of the few who are curious about the world of insects, you will enjoy reading this article featuring the weirdest insects surviving on this planet.

It has such a strange name and even a stranger look. It is a bit like a scorpion, or even much creepier, and it is commonly known by a much simpler name, The Giant Prickly Stick Insect. Nothing sounds any simple, right? But do not worry, if you ever happen to encounter one of them, it will not come flying at you. Those insects might look scary, but they are not hostile at all unless they feel threatened, otherwise they would intermingle with their surrounding environment, making themselves invisible. 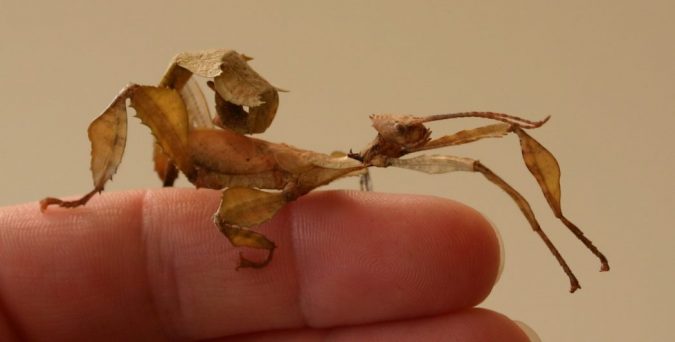 At first sight, you might think it is a giant tree leaf, but look closer and you will find the whiskers of that weird-looking insect and its long legs. These Katydids can only be found living on the peaks of the mountains in Malaysia. We cannot deny that it still looks interesting. 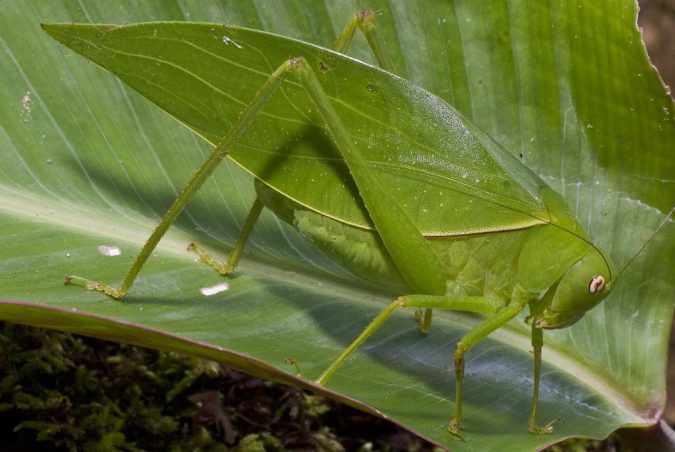 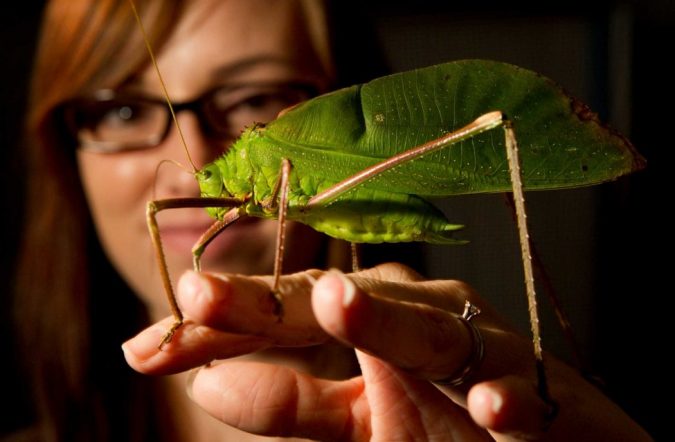 If you have ever watched Disney’s animated movie A Bug’s Life, you would find this insect looking familiar. Hercules Beetle has a quite large size compared to the sizes of the insects we are used to seeing, but there are actually insects that are relatively larger than this one. This beetle was not haphazardly giving the title Hercules, but in point of fact, it was called that way due to its implausible strength; this insect has the ability to carry anything twice its weight, or even heavier, on its back. 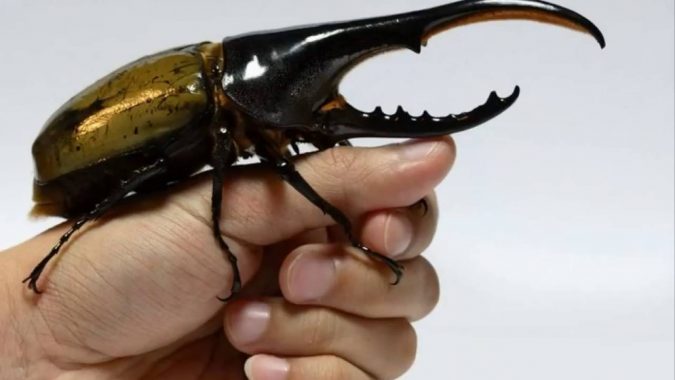 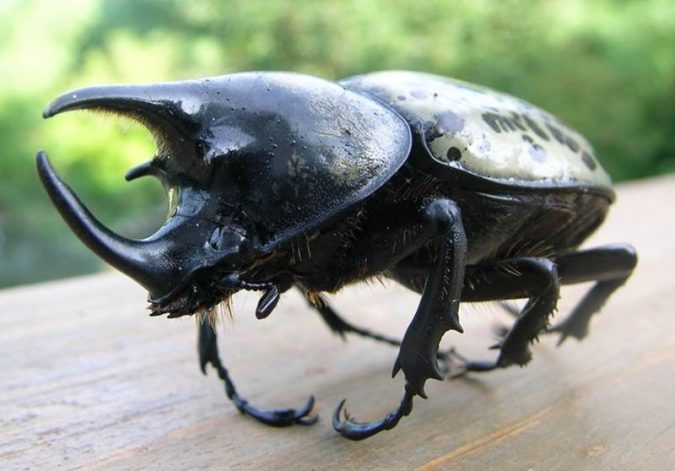 Although it might resemble the shape of the butterfly, it is actually a moth, but not like a regular moth, especially that it is considered the most interesting moth when it comes to the appearance. Atlas moth is deemed to be the largest one of its kind, and besides its relatively big size, the upper tips of its wings bear a resemblance to the head of a snake, and that is probably why it is commonly known as the Cobra Moth. 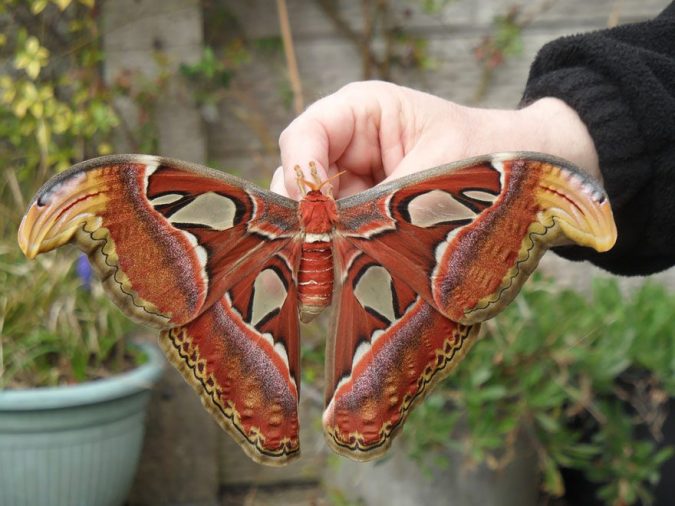 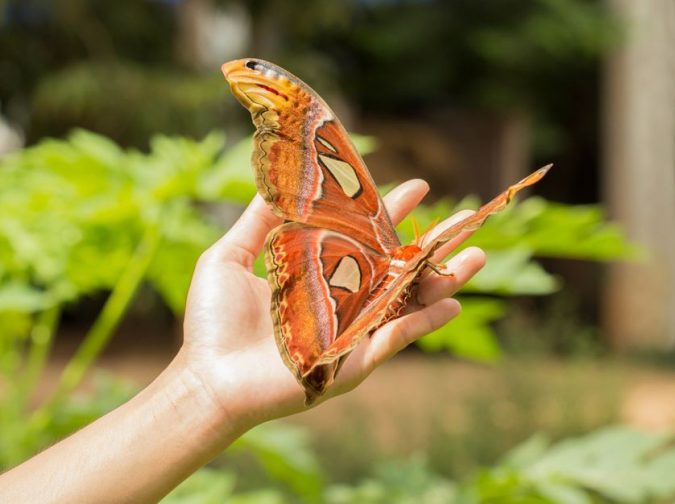 The name might sound confusing enough, but to be clear, it is an actual caterpillar that has the capability of transforming into a snake. And no, not a real snake, but it can have its shape simply by drawing its trunk back into its body, taking the shape of a snake. It was also said that this is the insect’s own defense mechanism, so it saves itself from the trouble of being a prey to the flying birds. 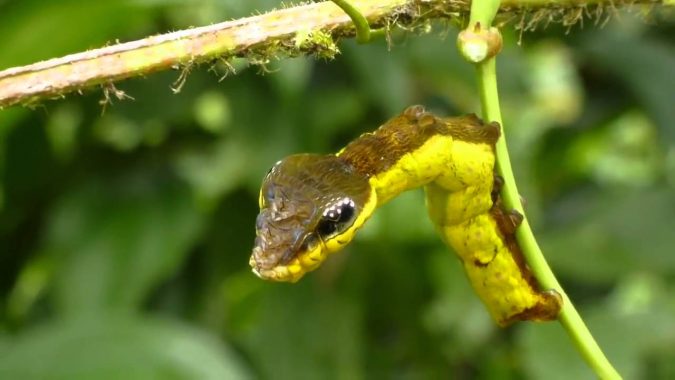 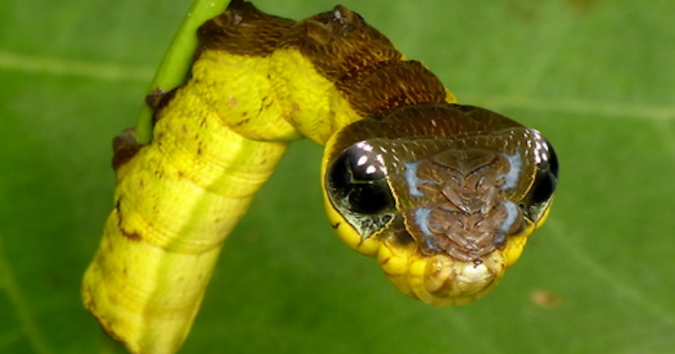 This insect might be the one having the creepiest and the strangest appearance ever, and surely seeing one of them in real life would definitely give you Goosebumps. Scientists have stated that these insects love to have a quiet private life, so if ever come across a Brazilian Treehopper, try not to startle it, or else you might regret it. 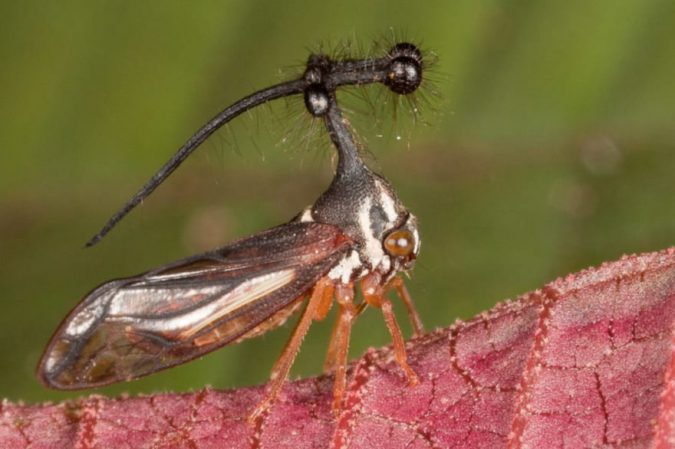 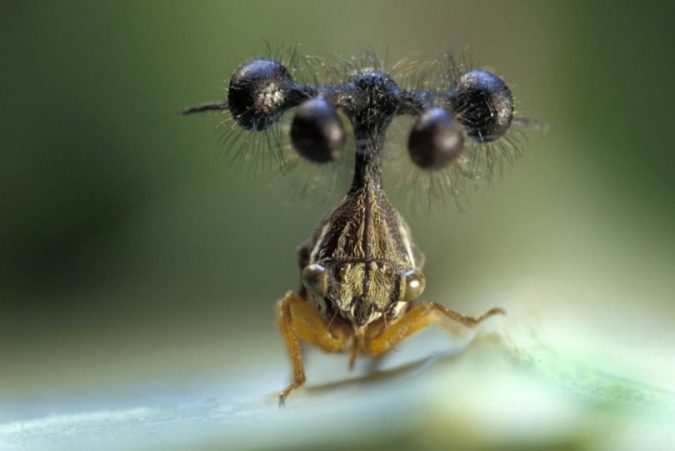 Oh God! You can never disallow the chills you get while looking at this giant creature. It does not matter whether you get scared from insects or interested in them, the Giant Weta will actually scare you to death if you ever happen to spot it in real life, for it is literally the largest insect alive, weighing almost 1 kg. It may not sound that huge, but for an insect, it almost equals the size of your palm. 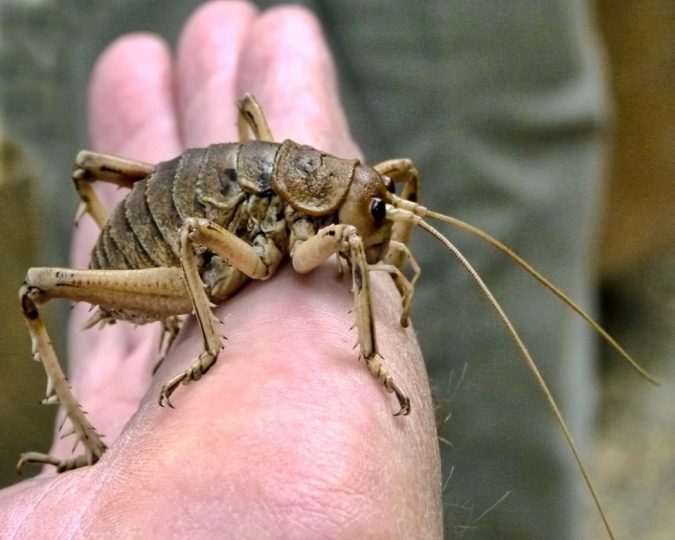 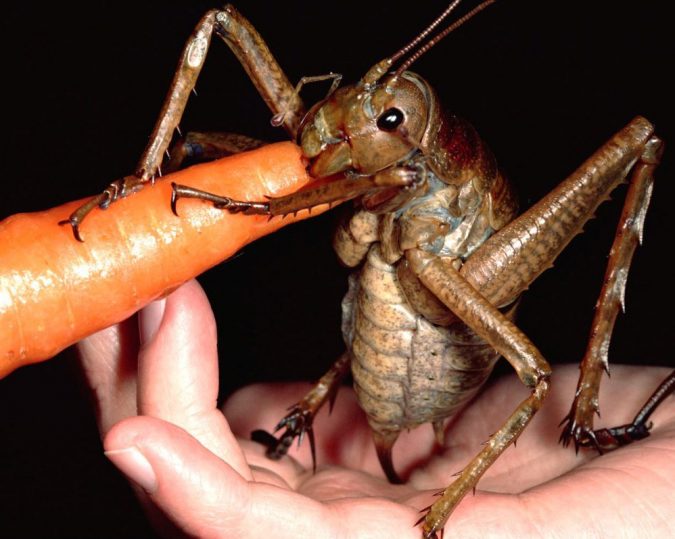 Here is one more giant insect, but actually this one is considered the most delightful of them all, or at least considered so by those who love insects. Despite its big size, a lot of people adopt this insect as a pet, and the interesting part is, it can eat the food of dogs and cats, so technically you might feel like having a normal pet, instead of an extreme exotic one. 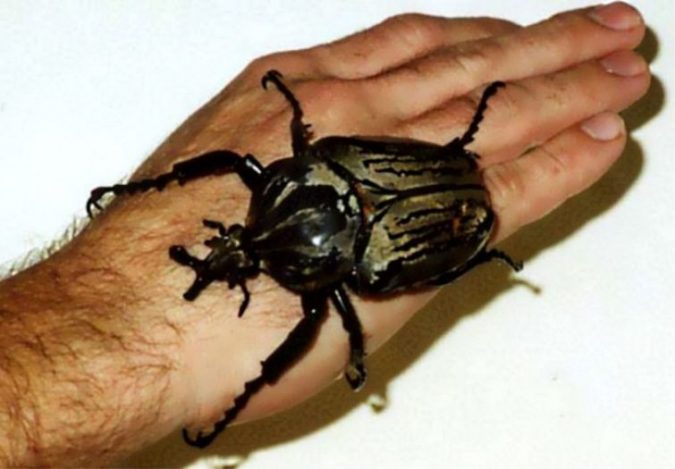 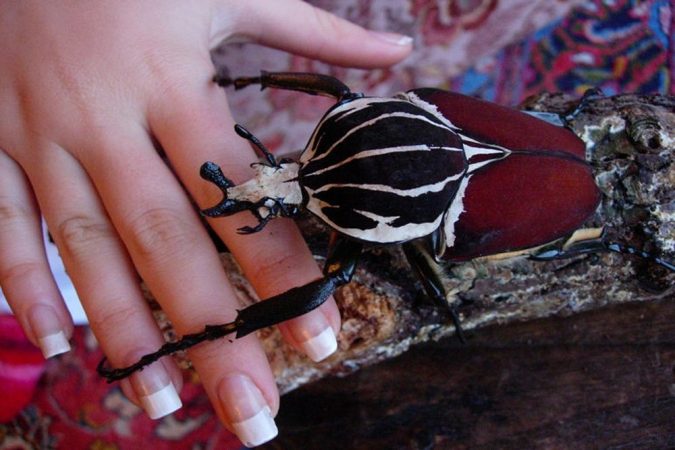 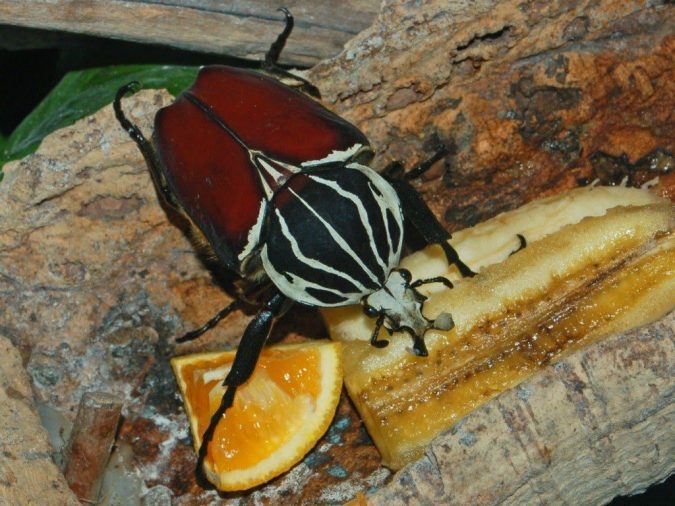 As a caterpillar, there is nothing really special or interesting in how it looks, but once it becomes a butterfly, it transforms into a mesmerizing creature. This butterfly has a shiny glowing blue color circling a set of orange circular forms. It is one of the most beautiful and colorful butterflies you would ever see, especially that it has an unusual color, which is blue. 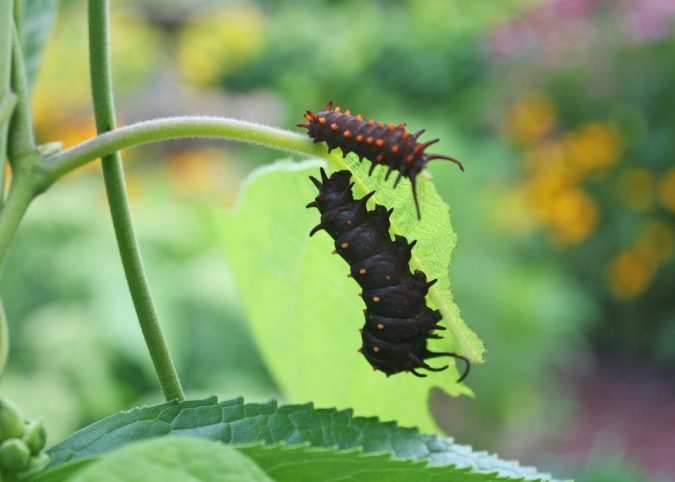 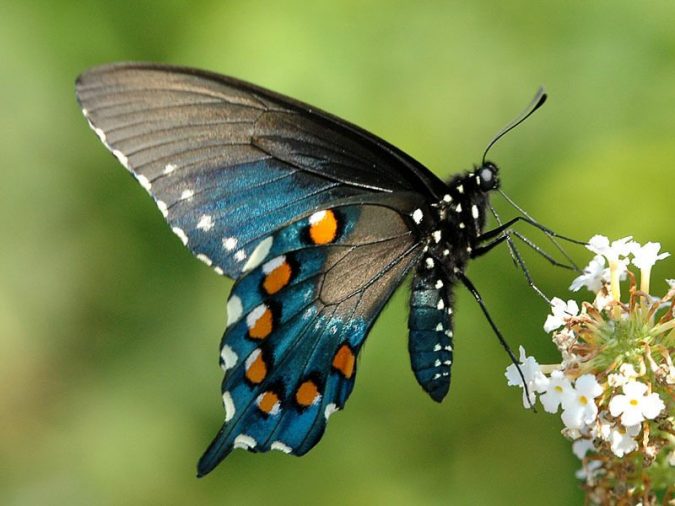 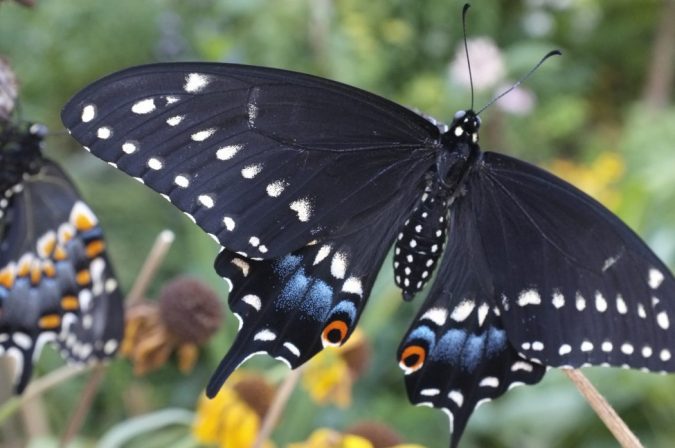 Not only does it look very strange and creepy, but actually it was not called by that name at random; it is an actual devil, and that is due to the fact that it is a predator. This insect has the capability of blending with the surrounding environment; its colors help it take the form of a flower which, consequently, tempts its prey to get closer, and makes its hunting process easy since it attracts its own meals instead of chasing after them.

It may sound ridiculous, but it was actually called that way because scientists have agreed on the fact that it looks like Bert, the Muppet from Sesame Street. This insect also looks like it is carrying a shield on its back. You know what makes its appearance even more interesting? A well-known photographer once encountered that weird-looking insect, claiming that she thought it looks like Elvis Presley, especially due to that black part that humorously seems like the singer’s hairdo. 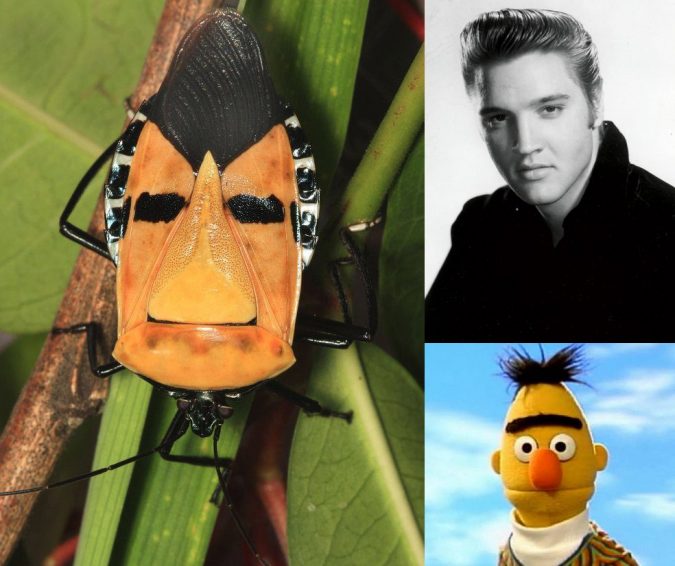 It is amazing that nature is laden with remarkable secrets that take some curious enough people to reveal them. Even though not a lot of people will have any interest in knowing the underground world of insects, almost everyone would enjoy being on familiar terms with all the living forms of nature.