You could have a lot of people feed for $25,000, or better still you could eat an overpriced dish if you can afford it. Most of the restaurant dishes we have on this list are for those who prefer the latter choice. If you are looking forward to expanding your horizons into the universe of costly culinary dishes, then you can do so by starting with the foods listed below. Following are 10 of the most luxurious dishes that are just for billionaires, and you can also give it a try if you think you can afford it!

A lot of people visit Mexico because of its inexpensive and amazing foods on the streets, while some come majorly to visit Grand Velas Los Cabos for the taco- it’s one of the most expensive dishes in the world which costs about $25,000. This taco comprises Kobe beef, langoustine, the black truffle with brie cheese, and Almas Beluga caviar. The salsa itself is made with dried Morita chili peppers. Definitely, a taco that is worth $25,000 can’t be pair with something less than platinum and white gold bottle of tequila that is premium; the restaurant offers it to go together with the dish with an extra fee of $150,000. 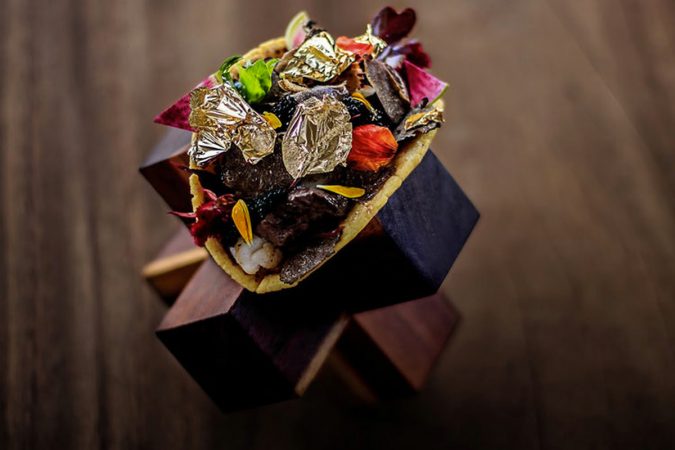 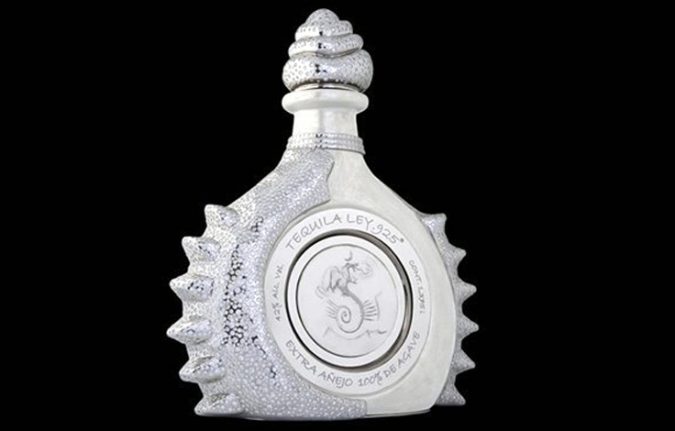 If you have gotten swept off your feet before with the toppings of Domino Pizza and you thought the pizza is costly, then I am telling you that your assumptions are wrong. There is a far more expensive pizza which exists, and it can be ordered from the Renato Viola, which located in Italy for a whopping sum of $9,710. It’s not a must to have your pizza at the restaurant or wait for the delivery guy to knock; this Pizza would be cooked at your very home if you are in Italy. To have the price justified, the pizza would be served with expensive kinds of seafood such as caviar, lobster, prawns, and so much more, and it’s served with champagne and rare cognac. 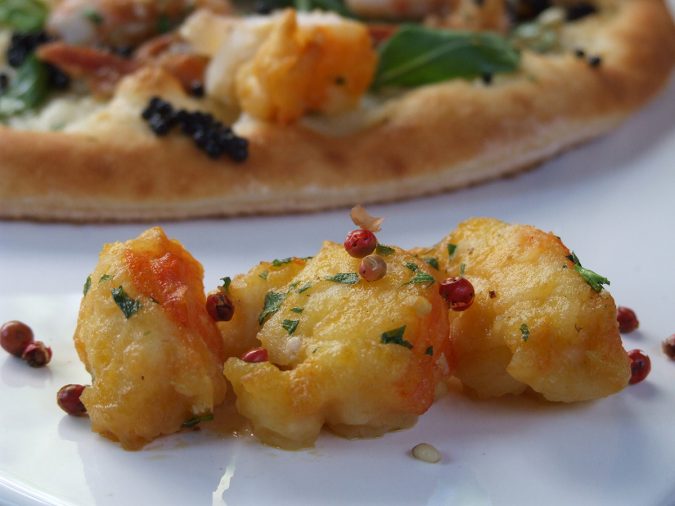 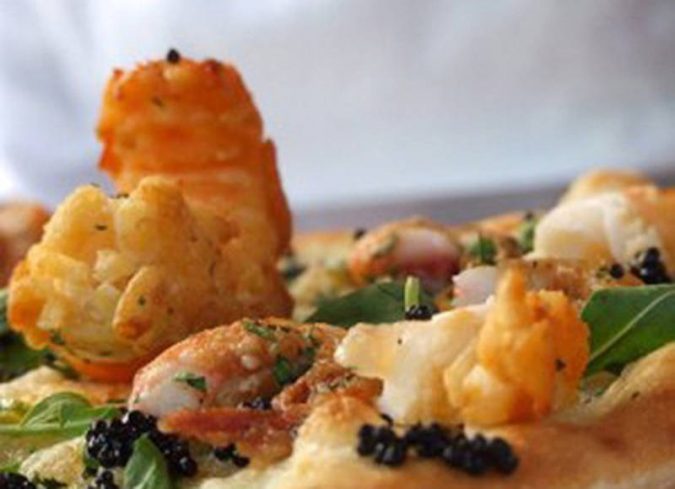 You might hesitate at paying a whopping fee of $5,000 just for a hamburger, but Fleur restaurant in Mandalay Bay hotel in the city of Las Vegas serves a Burger for that price, and it’s served with 1995 Chateau Petrus wine. Fleur Burger 5000 is a happy meal for the rich people who wish to eat expensive food. 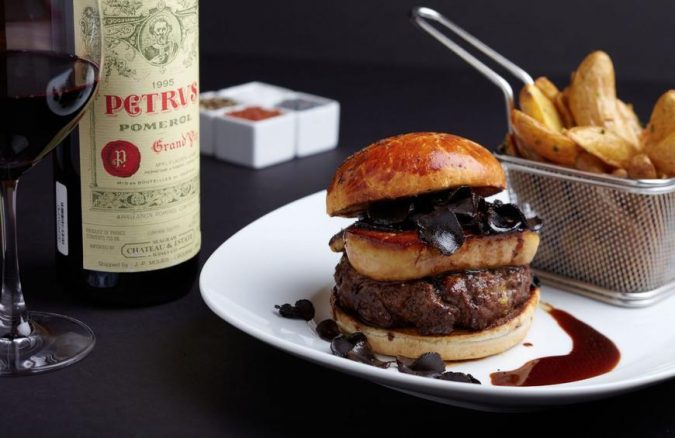 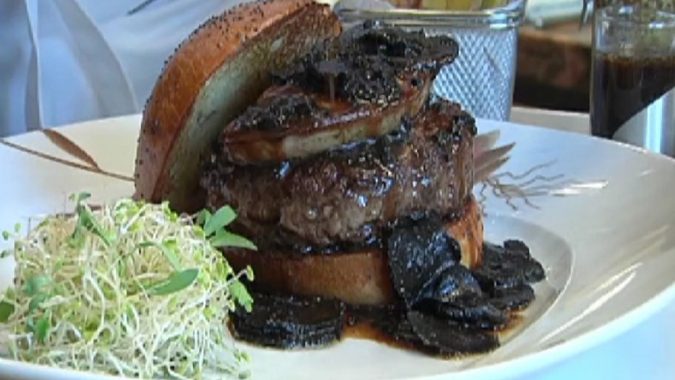 Serendipity 3 has drawn a lot of tourists who are eager to have its famous, frozen hot chocolate for $12.95 in a restaurant that has been featured severally on a lot of television shows and movies, including Serendipity and Gossip Girl. If you get in the mood for this Golden Opulence Sundae, you can now line up and be ready to drop a $1,000 for it. If you aren’t filled enough with the three scoops, you will get a vanilla ice cream topped with a gold leaf of 23-karat and caviar; then you can order a meal from one of their expensive foods starting from Le Burger Extravagant priced at $295, and the Quintessential Grilled Cheese Sandwich for $214. 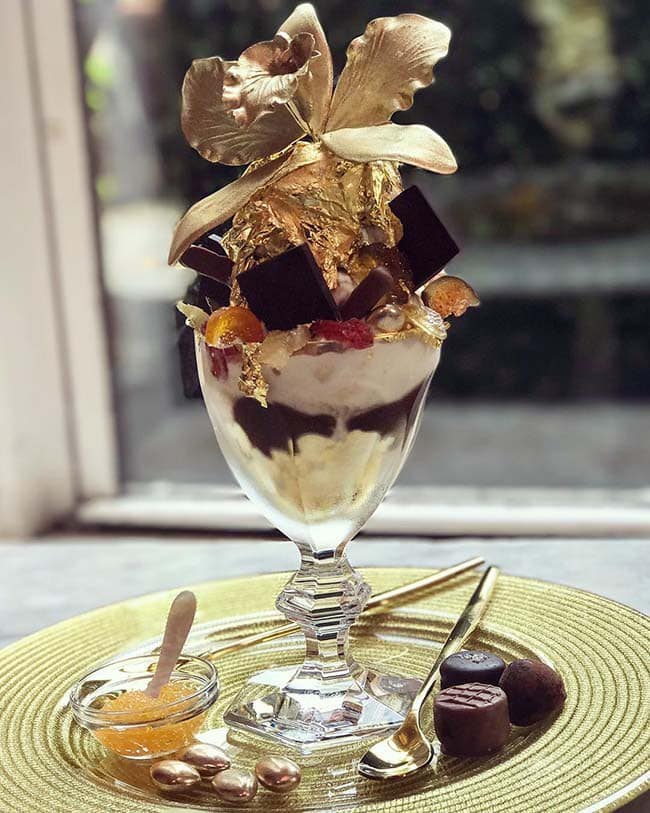 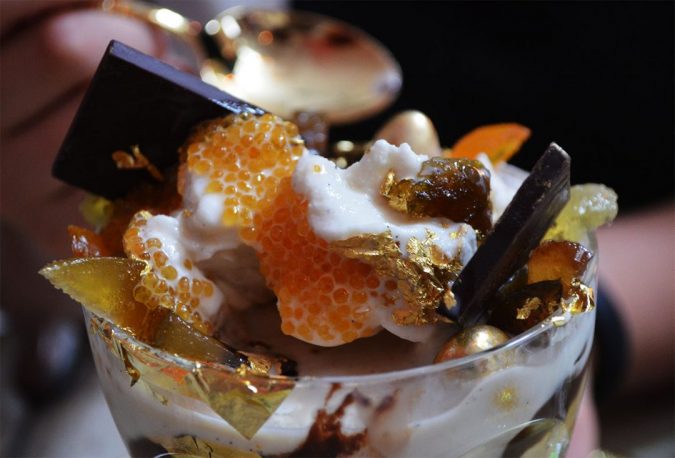 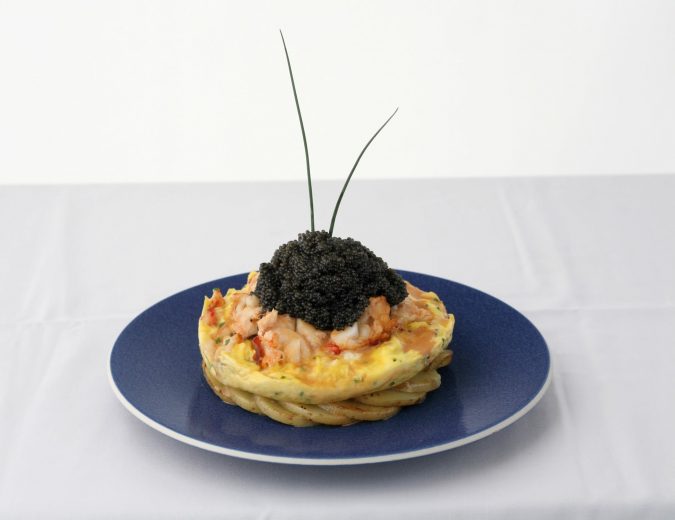 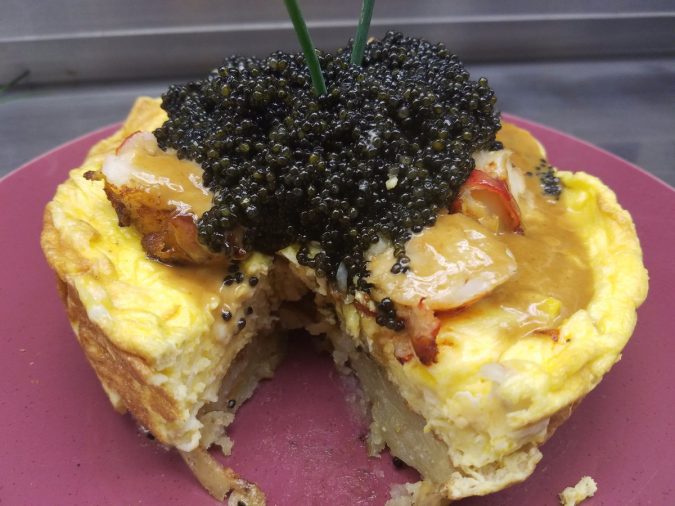 You can go to the website of Berco, take a close-up look at their Billion Dollar Popcorn and drool over it. You would think that paying $5 for this kind of popcorn isn’t that bad; then you’ll realize that it is a per kernel price. When you buy it in bulk, a discount can be given for 6.5 gallons at $2,500. The popcorn is coated with Vermont butter, organic sugar, and the Neilsen Massey Vanilla. Likewise, also the popcorn is also topped up with a sprinkle of a quite expensive salt. It’s quite better than the ones served at movie theaters. 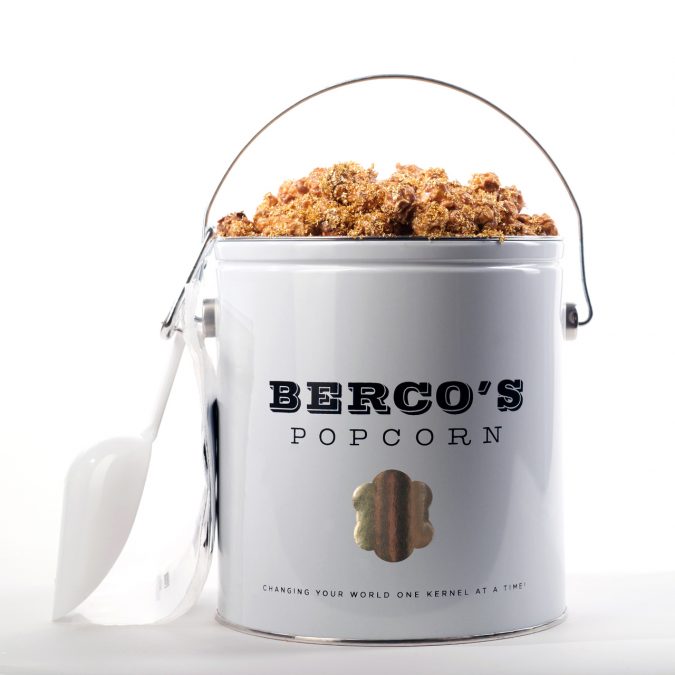 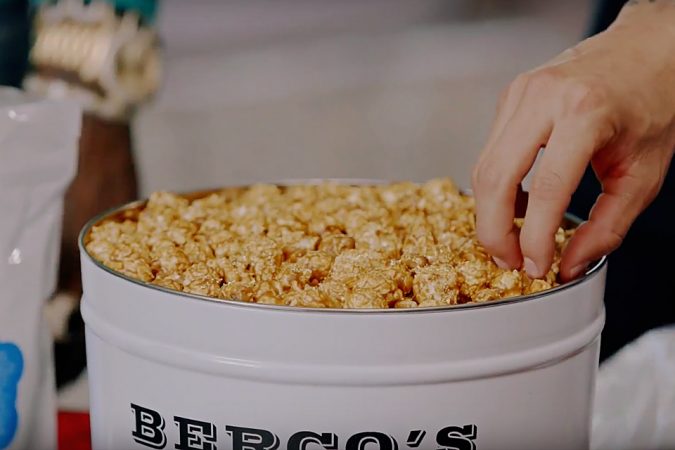 If you do get pissed off anytime you see just pint of ice cream costing $10 at the Whole Foods; then you wouldn’t love the Black Diamond nice ice cream, which is scooped at Scoop in the city of Dubai. This ice cream costs a whopping sum of $816, and the ice cream is made of saffron, the vanilla bean from Madagascar, powder and gold flakes of 23-karat, and black truffles. For complimenting the price, instead of the ice cream served with a cardboard carton and leave it when you are through, you will be able to take to your house a hand-made golden bowl and silver spoon which the ice cream is served in. 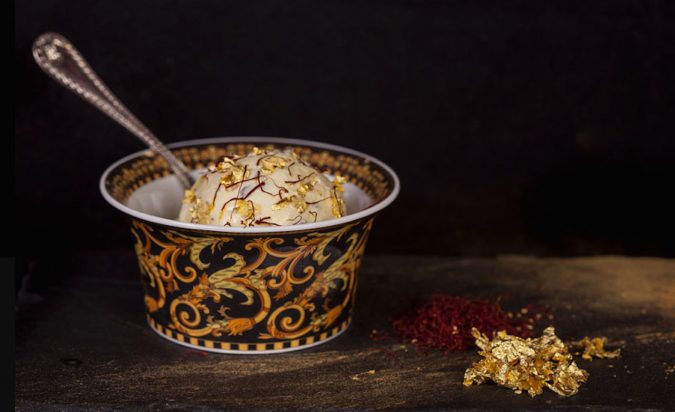 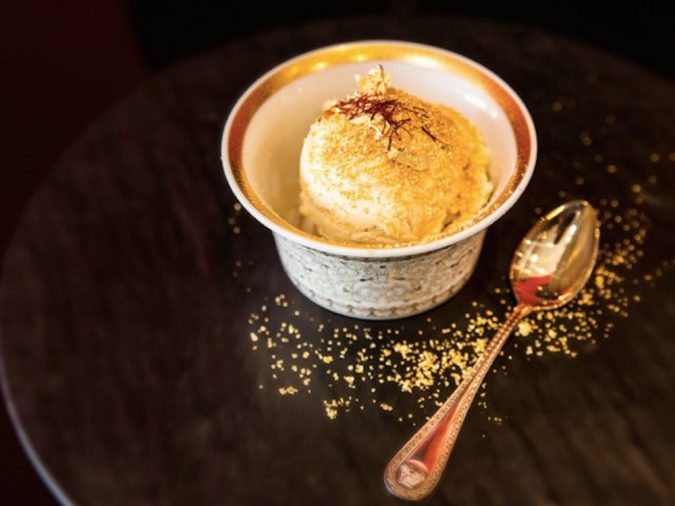 For the people that party at late nights in the city of New York, this 24K pizza that is of Guinness World Record isn’t something that you can just order when you are drunk and feel like eating a snack. You would have to make the order at a minimum of 48 hours previously from Industry Kitchen first. This will give enough time for the restaurant kitchen to prepare your pizza with foie gras, Stilton cheese, truffle, platinum Osetra caviar, and gold leaves of 24karat. This pizza costs about $2,000. 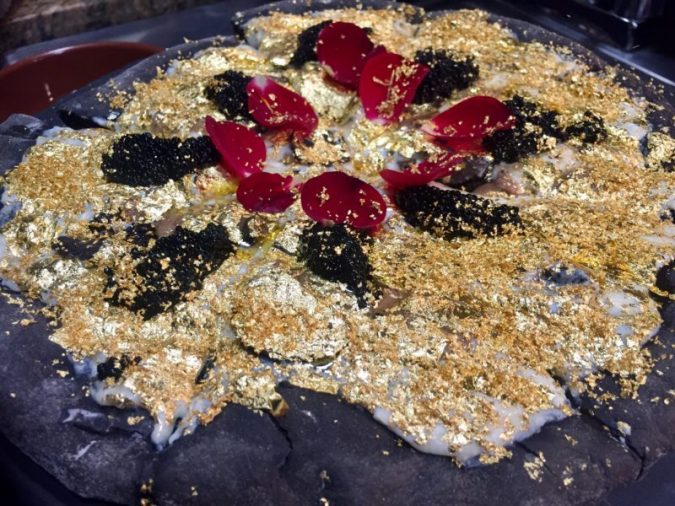 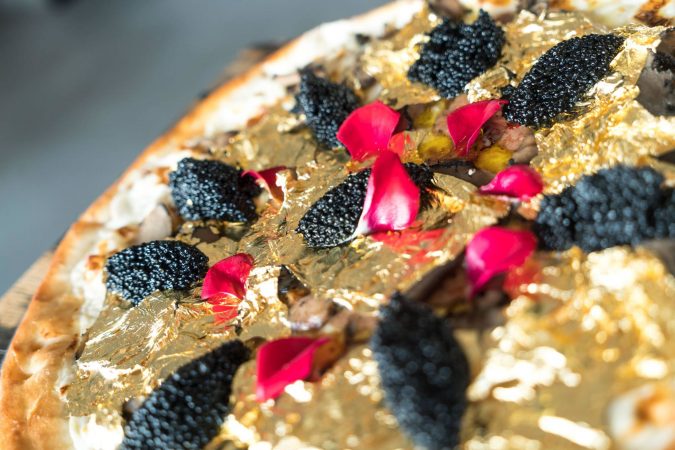 If you are up in Las Vegas, and you are craving for some classic American food, you should head down to Caesars Burger Brasserie to get 777 Burger which cost $777. The burger is made up of Maine lobster and Kobe beef, which is topped with goat cheese, arugula, foie gras, pancetta, and balsamic, which is 100-year old. The burger is also served with Rose Dom Perigon Champagne. 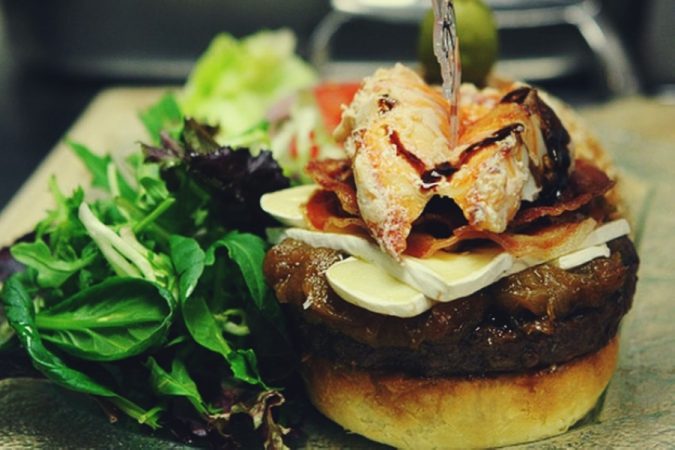 These truffles are found mostly in France. After the white truffles, they are known as one of the most expensive truffles. The flavor and taste are amazing. It’s a luxury item that is served in expensive restaurants, and it also can be added as taste enhancers for some meal courses. The price is $1700 for less a pound. 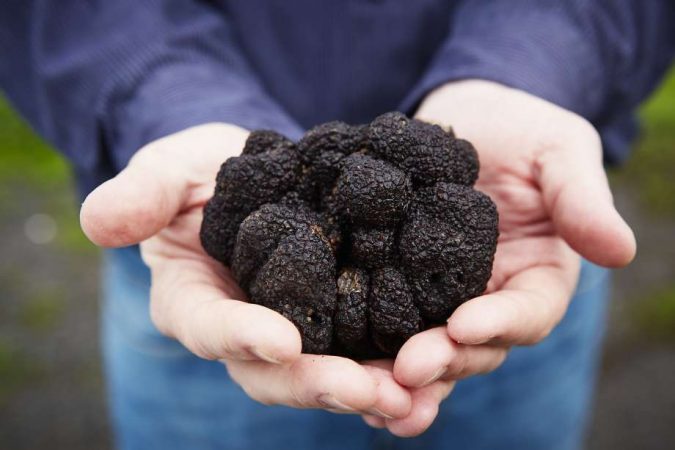 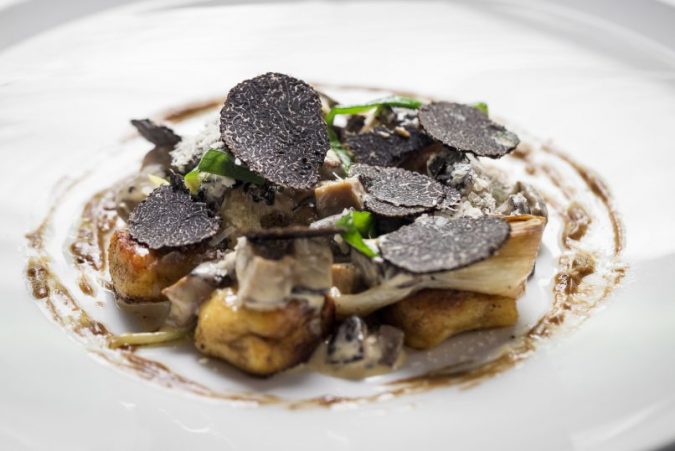